Senior medicine is embracing cannabis in higher numbers than any other demographic.

The stereotypical cannabis smoker tends to be a teen, but should it really be your grandma? Cannabis is fast moving away from its reputation as a one-trick-pony, as research uncovers the therapeutic effects of its various compounds. In fact, research now suggests cannabis could be prime senior medicine.

CBD, on the other hand, is not intoxicating. It activates non-cannabinoid receptors and modulates receptor pathways to induce therapeutic effects. Both THC and CBD have demonstrated potential as therapeutic tools for a range of symptoms. Many of these are specifically related to the elderly.

The elderly are a particularly susceptible group to a range of diseases and debilitating symptoms. As a result, many seniors take an almost incomprehensible amount of prescription medication. Could cannabis reduce these? So in the spirit of improving the health of our older generations, here are five reasons why your gran should try cannabis. 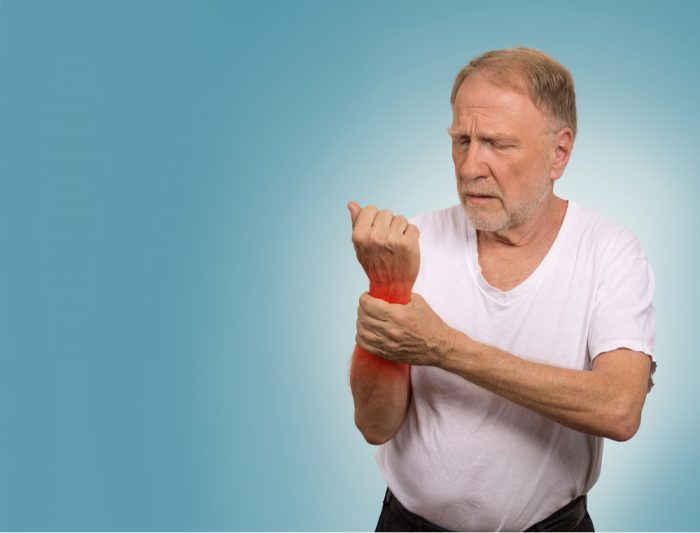 Cannabis may be able to help inflammation thanks to THC’s interaction with CB2 receptors. CB2 appears to play a crucial anti-inflammatory role. Found in a range of systems, including the immune system, gastrointestinal tract, and brain, researchers believe CB2 receptors modulate immune responses that increase inflammation in these areas.

CBD may also play a role as an anti-inflammatory. A 2012 mouse study in Journal of Experimental Medicine found that CBD enhances the expression of a glycine receptor that mediates the glycinergic cannabinoid-induced suppression of inflammation.

Neurodegenerative diseases, such as Alzheimer’s and dementia, are closely linked to aging. Research shows that CBD’s anti-inflammatory and neuroprotective properties may help to prevent or slow the development of age-related diseases. A 2018 report from the World Health Organization supported the theory that CBD may offer relief of the symptoms of neurodegenerative diseases, including Alzheimer’s, Parkinson’s, and Multiple Sclerosis.

Unfortunately, many seniors face deteriorating mental health. Depression and anxiety, in particular, are two of the most common mental health issues that occur in the elderly, and these often occur in tandem.

But, cannabis may be able to provide some help in this area too. Studies show that CBD demonstrates effective antidepressant activity. A 2010 study even found that CBD was able to induce antidepressant-like effects in mice that were comparable to pharmacological antidepressants. Humans studies will follow.

One possible mechanism for this antidepressant and anxiolytic effect is through CBD’s activation of the 5-HT1A receptor. Research has found that CBD may be able to exert a fast and maintained antidepressant effect by enhancing serotonin and glutamate levels. Serotonin is a nerve cell chemical that is associated with improving mood and depression levels. When CBD activates the 5-HT1A receptor it initiates serotonin production.

Pain is another common symptom of aging, as it often occurs alongside elderly diseases and inflammation. Luckily, cannabis may provide substantial pain relief. In fact, 43 percent of cancer patients in a 2018 survey reported taking cannabis specifically to treat their pain. Furthermore, the cannabis-derived drug Sativex has been shown to offer potential as a pain reliever.

One method for cannabis’ analgesic effects may be through cannabinoids acting on keratinocytes, an epidermal cell. This enhances opioid release, therefore providing pain relief. 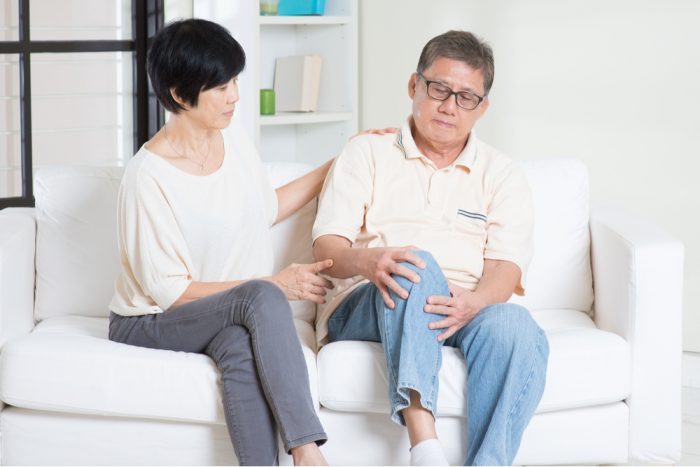 The CB1 cannabinoid receptor is found in abundance in areas of the brain that regulate the perception of pain, much like opioid receptors. Researchers have shown that when THC binds to CB1, this hyperpolarizes the pre-synaptic terminal. In so doing, it closes calcium channels and stops inhibitory and excitatory neurotransmitters at their synapses. This may modulate pain as it then regulates opioid release. THC may further be able to improve pain relief by stimulating the production of opioid hormones in brainstem regions associated with processing pain.

#5 Cannabis has a Good Safety Profile

While many elderly patients may be hesitant to take cannabis or cannabis products as a therapeutic treatment, cannabis is a reasonably safe therapy with minimal side effects.

One study, from 2018, evaluated the safety of medical cannabis on patients 65 years and above. It concluded that cannabis is a safe and effective therapeutic tool for elderly patients. Especially positive is its potential to reduce possibly harmful prescription medicines, such as opioids. In contrast to pharmaceuticals, cannabis has little to no side effects.

So why aren’t more physicians prescribing cannabis as a senior medicine? Needless to say, the stigma still exists in some areas. Moreover, not all insurers will recognize cannabis as an insurable medicine. And some physicians are not comfortable prescribing a medicine still in the research phase. Still, it’s worth an ask.