Seniors and Cannabis: How We Can Still Do Better

Some seniors still cling to the brain washing of their youth, but maybe this will help.

America recognized cannabis as a medicine until the late 1930s. After that, Reefer Madness buried its healing reputation under a pile of propaganda. It’s very likely that prohibitionist agendas tainted the cannabis education fed to the elder demographic. The government blamed the “debauchery” of jazz musicians, the “laziness” of Mexican immigrants, and teens “going crazy” with urges to rape and murder, on “marihuana.” And unless people ran in cannabis-positive social circles, their only exposure to this healing was very, very negative. This is why it has taken some momentum to bring seniors and cannabis together. The change is underway, but what can you do to help elders that are still hesitant?

Stigmatization and ignorance has heavily influenced the mindset of seniors today – to their detriment. For most of their lives, cannabis has been the demon cause of all vices. So, it’s understandable that they might be hesitant about trying cannabis.

Legalization is spreading to more and more states, both for medicinal and recreational purposes. In fact, a majority of states now have legalized cannabis use in some fashion or another. Moreover, look to our north and you’ll see a country that recently legalized cannabis at the federal level. Again, look to our south and you’ll see a recently elected President whose government predicts that cannabis will be fully legal before the end of the 2019.

Through research, it has become obvious that there’s no reason to fear this plant. More significantly, cannabis is a medicine with a litany of scientific evidence to back up that claim. Seniors and cannabis is step toward better health as cannabis has shown great promise as a medicine for conditions that typically effect the aging population. 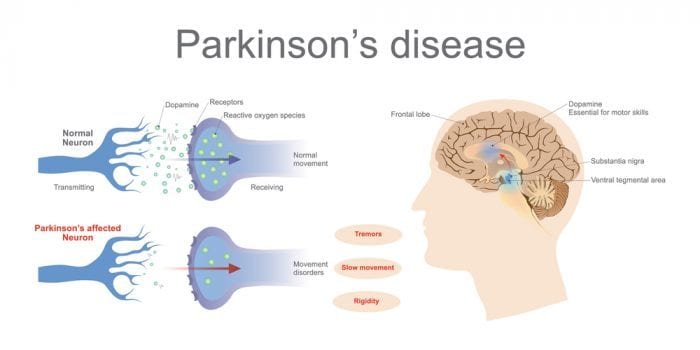 For example, a 2015 study in Molecular Neurodegeneration examined the body of evidence that suggests cannabinoids as a treatment for Parkinson’s Disease. The researchers report that “novel compounds with potent and specific activity for CB1, CB2, and TRPV1 receptors can be considered for treating PD”. Part of their research relied on a 1990 article that was published in the Journal of Neurology, Neurosurgery, and Psychiatry that showed that cannabis treats tremors from Parkinson’s disease.

RELATED  Cannabis Helps Me Manage Chronic Back Pain From Surgery

Cannabis is a well-known pain treatment. In fact, it can often replace opioids. A 2012 study in The Open Neurology Journal looked at evidence of cannabis treating chronic pain. Researchers cited numerous studies. But of particular importance, it showed that “THC produced modest but significant analgesic effects compared to placebo, in a sample selected for failure to respond to conventional therapy”.

Increased Quality of Life With Seniors and Cannabis

Furthermore, aside from being a medicine, cannabis may help improve the quality of life for senior citizens. By inducing euphoria and peace of mind, cannabis not only heals our bodies but also our minds and spirits. 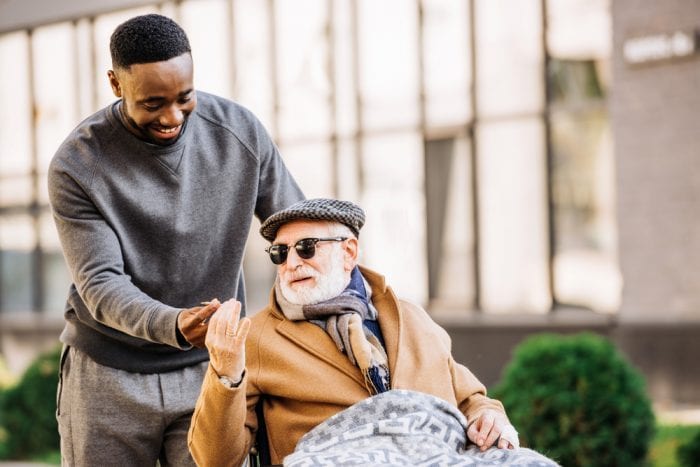 Benefits of Cannabis For Seniors

Cannabis can help your body feel more relaxed and pain-free. It can help your brain feel younger. Overall, cannabis can increase your quality of life. It may also be able to decrease the number of pills that seniors take. After all, seniors tend to be over-prescribed medication. They take prescription after prescription to deal with the side effects of the pill that came before. Cannabis is typically able to treat multiple conditions without adverse side effects.

Cannabis medicine is proving effective for a number of conditions that afflict seniors. Even better, it is working to heal at the root of the issue, such as reversing joint damage and arthritis or breaking up amyloid plaques in Alzheimer’s Disease.

Seniors and cannabis are a combination that can be life-changing.

What Cannabis is Right For Seniors?

CBD rich strains can remove anxiety and depression. Strains with THC may work for these as well, and may further help stronger pain treatment. In some cases, absorption, and non-aerosol methods like THC patches could also benefit the consumer.

Edibles can provide perhaps the longest pain relief, but quick absorption methods like vaping or smoking can provide relief the fastest. Further, if the consumer is worried about smoking, know that vaping dry bud is free from the concerns of the EVALI crisis of late 2019; vaping dry bud also removes any concerns about combustion via smoking.