My name is SGT. Matthew Arthur Nicolai, U.S. Army Infantry Ret. and this is my cannabis story. I was medically retired from the Army in 2013 due to PTSD and since then have been diagnosed with Dissociative Identity Disorder (DID). It is characterized by involuntary escape from reality including a disconnection between thoughts, identity, consciousness and memory. Dissociative Identity Disorder afflicts 2% of the human population.

A DID episode for me could range from mild to extreme. I would become one of five different personalities and “Matthew” (me) would experience loss of time and blackouts that could stretch for weeks at a time.

These are my five different personalities that I live with: 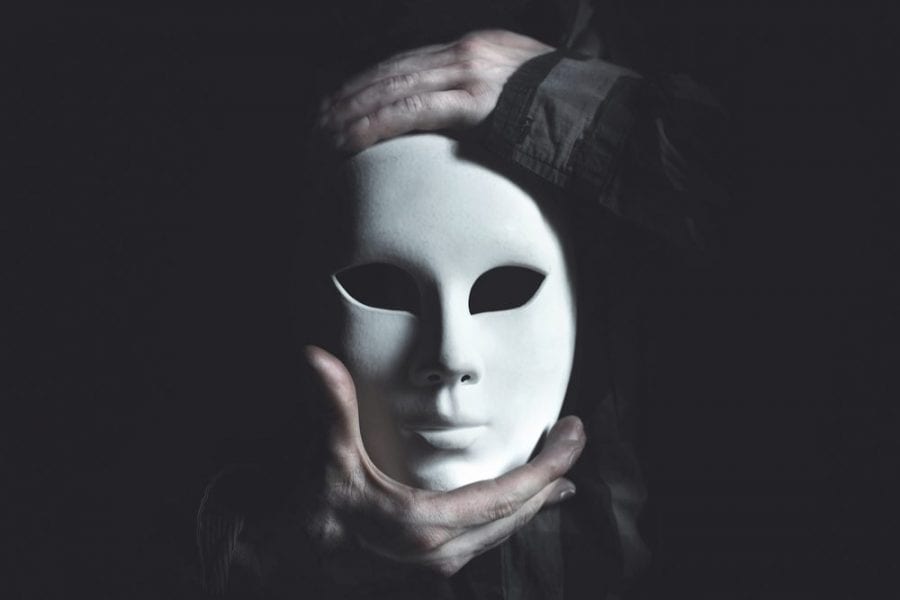 Before starting cannabis, I was in bad shape both mentally and physically. I have been admitted to hospital ten times in the five years since my retirement. The VA has done almost nothing for me and my family and it has always been that way.  While I was in Iraq, the base doctor thought I was making this all up. I would often get hospitalized off base because I no longer trusted them. My unit commander wanted to crucify me, and the upper chain of command (including the CSM and LTC) didn’t believe I was ill at the time. All of them wanted to make an example out of me for what they thought was malingering. They couldn’t have been more wrong in their assessment of my mental health and physical issues.

Living with PTSD/D.I.D. episodes is a living hell. There have been multiple suicide attempts and plans, I am constantly on guard, hyper vigilant and consumed with worry about my surroundings. Living this way for the the better part of a decade has put an enormous strain on my wife Heather who is in need of support. Since my retirement five years ago, she has been the one taking care of me and living in the crossfire of my PTSD/D.I.D. episodes and panic attacks as are my three children. My son Dominic is 6, my daughter Esme is 4, and my other daughter Elli is 2. They also are caught in the middle of the PTSD/D.I.D. storm when I go into PTSD/D.I.D. episodes.

RELATED  CBD Works In The Brain To Treat Anxiety

I was on a variety of medications at any one time. The list is a mile long and the side effects were awful.  I tried everything the VA threw at me and in the end, I have to say that medications were making me worse and I suffered for that.

After sometime, many medications, and hospital stays in the mental ward, I came to a decision that changed my life for the better. I took it upon myself to start using Cannabis to treat my mental and physical problems against the VA and the doctors that were treating me.

The decision to use Cannabis to treat my issues of course was illegal and still is in my state of Ohio (smoking that is). I have to use unconventional methods to get my Cannabis and there is a great financial burden that comes with it. I only make so much in retirement and the cost of my Cannabis is very high with the amount that I use. Without Cannabis I can’t function with everyday life and I need it everyday. But in the end we as a family make the sacrifice to get Cannabis because of the wonders it does for me.

I would not be alive today if I didn’t use Cannabis. 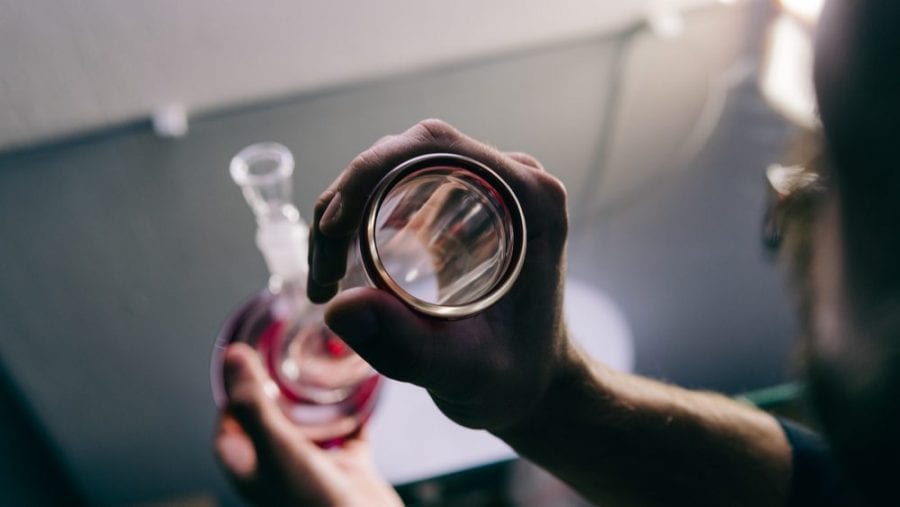 I use my water pipe (bong) to take an indica-dominant strain called Boss Hogg. It delivers a balance of mind and body effects that ease the body into relaxationwhile the mind is lifted to a happy, euphoric state. Despite its heavy body effects, Boss Hogg is cerebrally stimulating and sharpens the senses to help you stay engaged and creative.

Boss Hogg has helped me to stay ahead of my mental issues and I haven’t had a D.I.D. episode in over a year now due to my constant use of Boss Hogg. Which to my wife and family is a true miracle. The expense is a burden and my wife and I have made many sacrifices to make sure I have my cannabis medicine.

Cannabis has truly saved: my life, my marriage and my family.

What Did Cannabis Do For My Mental Health?

What cannabis does for my mental health is that it gives me peace of mind, true freedom, and tranquility from my demons. I have so many mental issues that any levity from them is a blessing.

With Cannabis I can function in everyday normal life. I want to get out of bed in the morning and live my life when I’m using Cannabis. Without it I just want to curl up into a ball and give up on life. The many medications I was on for anxiety, depression, Dissociative Identity Disorder, PTSD, and so on where making me worse. I would have suicidal tendencies, dark horrible thoughts, and panic attacks that would leave me petrified to move let alone think or live.

With cannabis I am able to effectively live my life, take care of my kids, and be a husband to my wife. The true miracle is that for me high doses of THC break down the walls that encompasses my mental illness. With cannabis I am able to break out of my shell and perform tasks that normally would be to much for me to handle normally. I thank God everyday that I can use Cannabis to treat the many mental issues. Also, I hope one day soon I will have an abundance of Cannabis and not have to spend so much on this wonderful medicine. 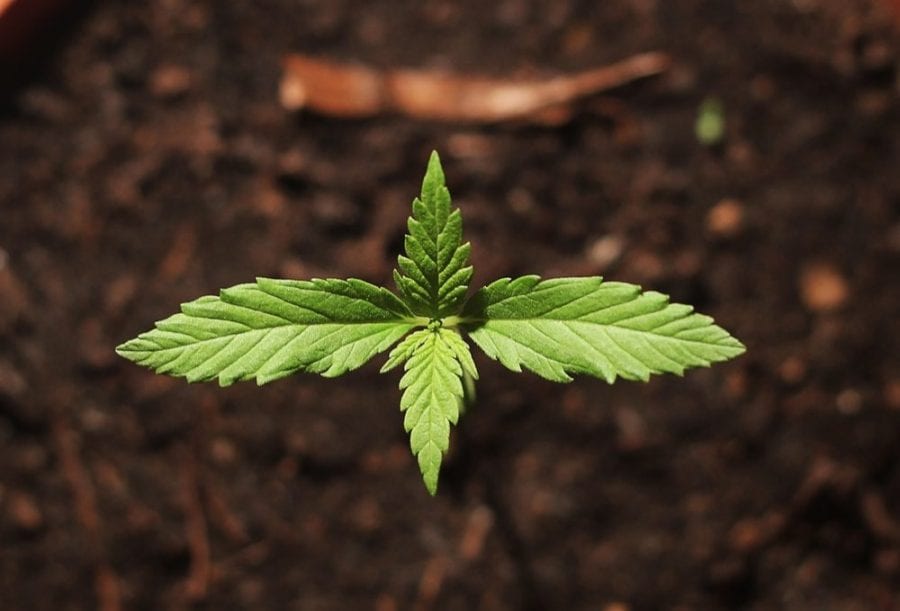 Can Cannabis Keep Your Dissociative Identity Disorder at Bay?

For everyone that reads this, I wouldn’t wish Dissociative Identity Disorder on my own worst enemy. D.I.D. is hell on earth and it destroys people on a mental and physical level. I am thankful to say that I have been D.I.D. episode free for a year now and hope I never have an episode again. I will say this a lot but I would not be alive today without cannabis.

Cannabis has kept my D.I.D. at bay now and I hope and pray it keeps it at bay for a long time. There were times that I would have a D.I.D. episode and disappear for weeks at a time. Leaving my wife and kids in the wind to fend for themselves with no clue if I was alive or dead. Medications helped with D.I.D. but put me in a worse place than having an episode. I would have panic attacks, violent outbursts, and I would treat my wife and kids horribly while on medications.

With cannabis I have been Dissociative Identity Disorder free now and I hope to keep it that way. I can say without a doubt that I am a better person with cannabis. I hope and pray that one day I can have enough cannabis to use without fear of running out. That’s how important cannabis is to me.