As cannabis legalization spreads across much of North America, what’s not so clear is just where consumers can find smoker friendly locations.

With strict laws in many jurisdictions prohibiting smoking in public, smoker friendly cannabis lounges could be the next big thing.

The End of the Public Smoker

Within the last two decades, the tobacco smoker has been banished to street corners and the confines of their own homes. The stigma of tobacco use still weighs prominently on people’s minds, and rightfully so considering the rate of death from its consumption. With government initiatives to reduce smoking rates among teens, however, cannabis smoking is often viewed in as the same under the eyes of the law.

Few would insist that smoking cannabis is the healthiest form of consumption. However, it is one of the most effective ways to quickly medicate. With the recent wave of legalization, many consumers could be surprised by just how limited they are in where they can smoke.

The Convoluted Nature of Cannabis Laws

The laws around smoking vary widely across jurisdictions where cannabis is legal. While cannabis is still illegal at the federal level in the U.S., states are taking it upon themselves to define legislation. The result is a varied mix of regulations. This means making one thing legal in one state that may be illegal in the next.

In Canada, where cannabis is legal at the federal level, the rules twist and morph depending on the jurisdiction. Within three levels of government — federal, provincial, and municipal — each dictates different guidelines about where it is legal to smoke. So, in the province of Ontario, people can smoke in outdoor parks and sidewalks except near playgrounds. But, municipal laws in places like Calgary, Alberta, prohibit consuming recreational cannabis in all public spaces across the city.

RELATED  Is There a Role for Cannabis in Problems That Come With Aging?

It seems that for now, the only true smoker-friendly place to smoke cannabis is within the confines of a home. But even then, renters may be in violation, as the ultimate decision lies with landlords.

For those who still wish to smoke cannabis in public places, the recent advent of cannabis lounges may provide hope.

The Rise of Social Consumption Lounges

If there was ever a tell-tale sign that cannabis stigmatization is coming to an end, it must be the emergence of the social cannabis lounge.

The patrons of such lounges aren’t buying rounds of beer. Instead, they consume cannabis. The concept of social cannabis lounges in the U.S. began to take hold after cannabis became legal recreationally in California, in late 2016. The entrepreneurial spirit that thrives in parts of the West Coast led to the opening of several establishments, most notably in the Bay Area.

Social cannabis lounges shouldn’t be confused with the coffee-shop scene in places like Amsterdam. Cannabis lounges can’t sell food or alcohol, only cannabis. Lounges typically provide seating for forty to sixty people and offer up the consumption of cannabis in a myriad of forms. Anything from smoked flower — where the law permits — to concentrates, vaping, and edibles. 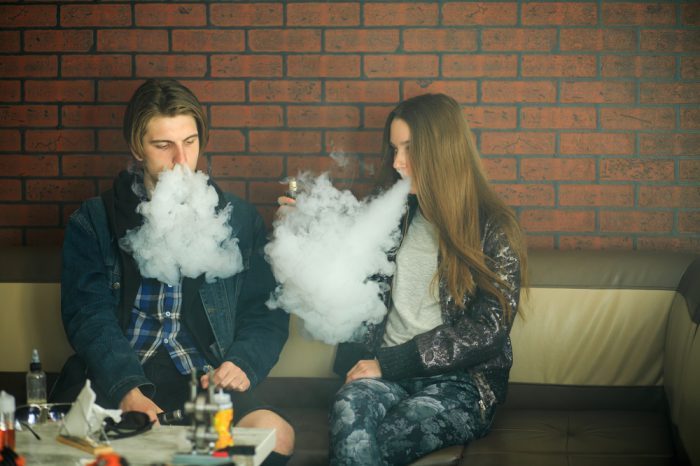 Are There Cannabis Lounges Near me?

There are currently nine social cannabis lounges in the U.S.. Seven exist in San Francisco, with one in Oakland and another in Denver, Colorado. The concept is still very much in its infancy and state law dictates, to a large degree, just what can take place and where.

In California, for example, laws are more smoker friendly. While the smoking of any cannabis product in a public space is illegal under state law, exemptions do exist. The legislation enables local governments to permit on-site consumption at state-licensed premises. As a result, smoking is legal inside the social cannabis lounges within the state.

In Colorado, things work differently. In 2016, ‘The Coffee Joint’ became Colorado’s first cannabis lounge. But, due to the Colorado Clean Air Act, it’s not smoker-friendly. It only allows consumers the option of consuming edibles or concentrates inside.

Regardless of the desire consumers have to smoke in public places, legislators are on a mission to have people curb the habit. Officials in several states, such as Washington, Alaska, Nevada, and Oregon, have already rejected cannabis lounges for health reasons. With smokey air in contained areas, legislators don’t appear overly keen to allow the trend to take hold.

The Las Vegas council signed off on several cannabis lounges, but the passing of Bill 533 saw the decision overturned. As of mid-2019, there is a two-year moratorium on cannabis lounges throughout the state. 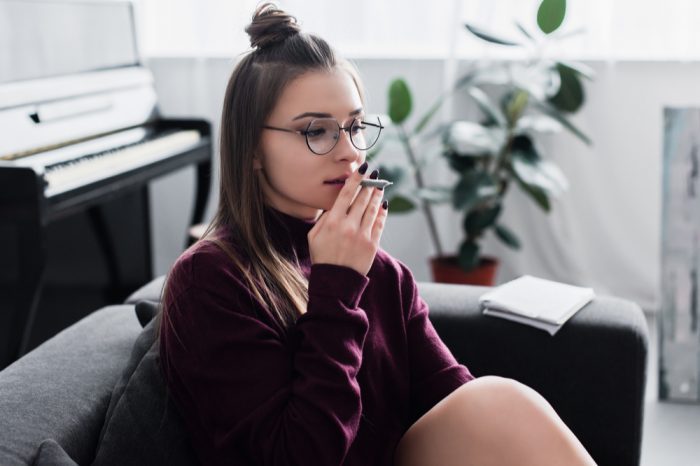 Many cannabis lounges maintain the vintage look and feel of a bar. However, the underlying vision behind them is quite different.

Social cannabis lounges are a sign of a shifting culture around cannabis. As the popularity of cannabis rises, so do the demands around the experiences of consuming it. Establishments like smoker-friendly social cannabis lounges, provide consumers the freedom to consume cannabis as they please. This can only help further erode the stigma surrounding the plant.