Study Says Cannabis May Protect The Liver From Alcohol Damage

While not a free pass to binge drink, cannabis may offer some protection from alcohol damage

Chances are, this has happened to you: after a night of heavy drinking with friends, you found yourself gazing into an oblong pool of toilet water, praying before the Porcelain God. Your digestive system hijacked your booze-addled brain which assumed control of your gag reflex. Soon the partially digested contents of your stomach exit your body via the mouth along with all that unabsorbed alcohol. All of this to prevent alcohol damage. Surely there is an easier way, and cannabis could be it.

Why do you Vomit After Drinking Alcohol?

It’s complicated. Normally, when eating or drinking non-alcoholic beverages, the stomach muscles contract to move digested food into the more-relaxed intestines. But, when getting drunk, alcohol’s depressant action decreases the motility of the smooth gastric muscles. As the gastric muscles in the stomach stop contracting, the small intestines’ muscle wall tightens.

This reverse action of the digestive muscles is known as retroperistalsis. Instead of the gut pushing the contents of the stomach down into the intestines for eventual evacuation through the bowels, the intestines push everything up to the stomach, initiating the tragic, but necessary, process of vomiting.

The other reason this happens: inflammation. Called alcohol-induced gastritis by doctors, booze can strip the stomach of its protective mucous lining. When that lining goes, free-swirling gastric acids and bacterial colonies bombard the now-exposed stomach walls. From an evolutionary standpoint, vomiting from alcohol poisoning makes sense. When our ancestors developed infections in the stomach, the natural response was to throw it up. So it goes with taking one-too-many shots on your bestie’s birthday. 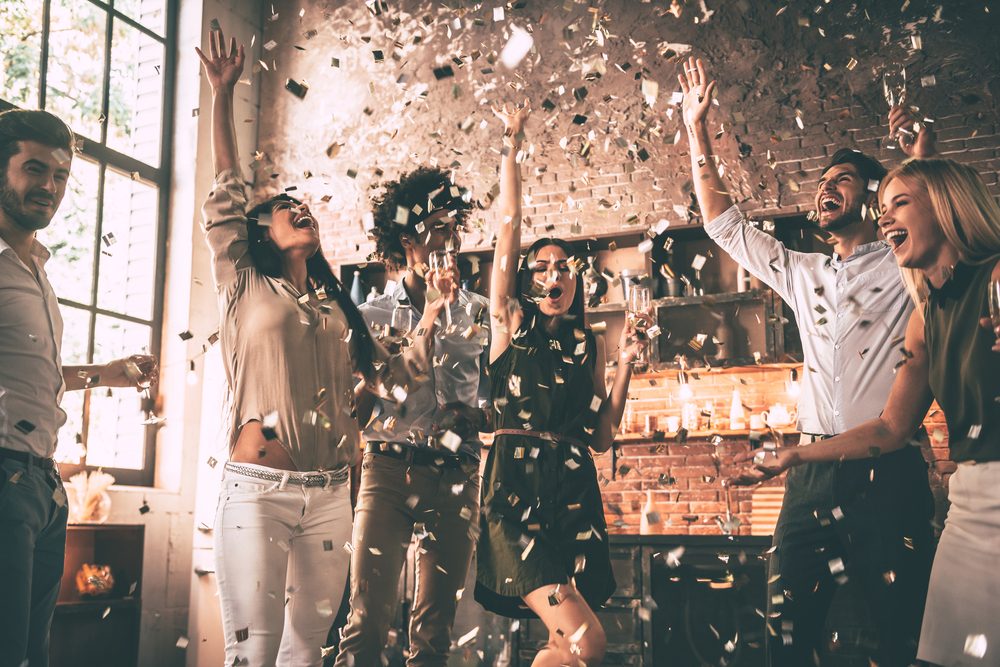 Although research on cannabis is on-going, one thing we know for certain is weed acts as a powerful anti-inflammatory agent. Because of cannabis’s actions on our endocannabinoid system — specifically on the immune system’s CB2 receptors — cannabis can “tone down” inflammation.

Last month, a study — published by the American Medical Society on Alcoholism (2019) — called Alcoholism: Clinical and Experimental Research showed cannabis likely combats the inflammation caused by alcohol-induced gastritis, too. How’d the study’s researchers do this?

Cannabis May Protect the Stomach from Alcohol Damage

Then the researchers added this closing statement: “Given increased cannabis legislation globally, understanding whether and how the specific ingredients in cannabis plant extract can be used in the treatment of alcoholic gastritis is paramount.”

Basically, the researchers urged other scientists to figure out a way to turn cannabis into an alcoholism treatment.

The latest finding in Alcoholism: Clinical and Experimental Research confirms something cannabis advocates have known for a long time. Cannabis is safer than alcohol. Furthermore, cannabis may not only prevent the damaging effects of rampant alcoholism, but it may also reverse that damage, too. 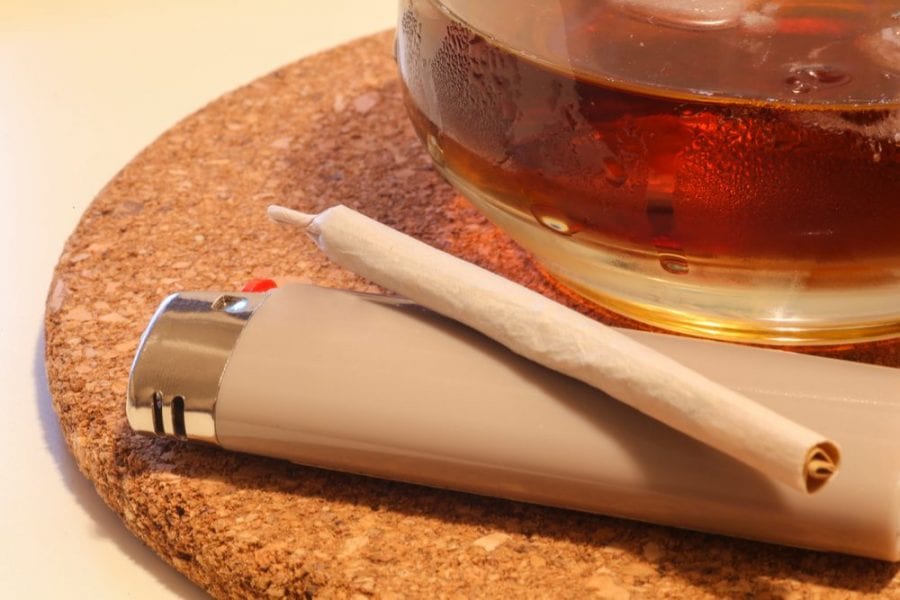 Last year, a research group (which included many of the key members from the gastritis study above) found that cannabis protects the liver from all kinds of diseases caused by alcohol. Whether it was fibrosis (scarring of liver tissue), cirrhosis (ultra-bad scarring of liver tissue), hepatitis (inflammation of the liver), steatosis (fat buildup in the liver), or liver cancer, cannabis apparently shields the liver from alcohol damage.

RELATED  Drying and Curing Cannabis at Home: A Crash Course

Cannabis may Also Protect Your Brain From Alcohol Damage

If you’re the type of party animal who follows up their bong hits with a beer bong, cannabis may protect the brain from alcohol-related damages, too. Science has long-confirmed that drinking can permanently destroy brain and nerve cells. The newest science suggests CBD — a non-intoxicating component of cannabis — could halt neurodegeneration caused by reckless binge drinking.

The study, published in Pharmacology Biochemistry and Behavior (2013), used transdermal CBD gels on drunk rodents. After killing the rats and slicing their brains apart, the researchers applied a fluorescent stain for labeling degenerating neurons. Between two types of gels (one containing five percent CBD and another 2.5 percent CBD), the researchers found that CBD reduced alcohol-induced brain damage by about half.

Granted, the Pharmacology study only assessed CBD and alcohol-induced brain damage in rats. Despite the cannabis media’s sensationalism that CBD definitively protects the brain from alcoholism. The reality is no such study on humans exists.

Regardless, research suggests CBD can protect brain and nerve cells in other experiments, and in some cases can even reverse regional shrinking.

Should you combine your booze with buds? Honestly, you shouldn’t drink heavily at all, especially if you value preserving your mind in old age. Or if you don’t want diabetes, or if you think stomach ulcers are incredibly unsexy. Or if you feel like you’ll be using your liver for a bit longer. But, when you must party hardy, maybe a few tokes off that joint or vaporizer isn’t so bad after all.

How Does Opium Stack up Against Sativa?

The Opioid Epidemic Is Crushing Us