We have so much science that now debunks the anti-drug ads we were raised up on.

Let’s dispose of the idea that there is any equivalency between smoking weed and cigarettes. These are not the same.

First of all, cigarettes stink. Even if you smoke cigarettes, you know they smell bad. And, sadly, your clothes and skin probably do as well. Cannabis, on the other hand, smells delicious. Not only that, it has a unique bouquet of aromatic delights depending on the cultivar and its terpene profile.

Smell is only one way that cigarettes and cannabis part ways. Here are six more important ways in which they differ.

There are no Dangerous Chemicals in Cannabis

When someone is smoking cannabis, ideally they’re smoking nothing but cannabis. This means without pesticides, herbicides, or any other potentially dangerous compounds; just a clean stash of cannabis flower. By contrast, the best case scenario for a cigarette smoker is a product filled with cancer-causing chemicals like butane, cadmium, ammonia, tar, acetone, hydrogen cyanide, and you get the idea. That’s why cigarette packages have warnings for the development of serious, life-limiting disease. 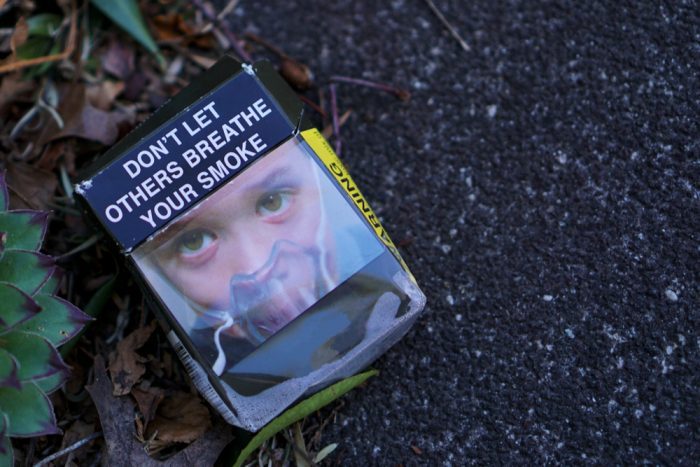 Cigarettes are a Known Carcinogen

The link between cigarettes and cancer is undeniably powerful. According to research from 2013, “smoking [cigarettes] has a multidimensional impact on lung cancer.”

A 2017 study that appeared in Scientific Reports was more specific in its analysis. According to researchers the epidemiological evidence is already overwhelming so their study focused on pinning down how cigarette smoke causes cancer.

They demonstrated that cigarette smoking “causes prominent alterations in DNA enriched in numerous genes and biologically meaningful pathways implicated in cancer pathology”. In other words, cigarette smoking is extremely carcinogenic because it leads to mutations in your DNA.

Cannabis, on the other hand, is less defined. While there is a possibility that certain forms of consumption (ie. smoking joints and blunts) have carcinogenic properties, there’s also increasing scientific proof that cannabis and its cannabinoids may shrink tumors. The hard truth is that there is no safe level of longterm exposure to the products of combustion but maybe cannabinoids mitigate that risk.

It’s important to compare smoking weed to cigarette smoking in terms of their long-term effects. According to research that appeared in JAMA in 2012, “occasional and low cumulative marijuana use was not associated with adverse effects on pulmonary function,” but they could not yet conclude the same for people who smoked weed heavily.

They collected data over 20 years of research along with hard evidence that cigarette smoke causes significant damage to smokers’ lungs and pulmonary functions. This is hardly a surprise – there’s a reason that “smoker’s cough” is a common term. On the other end of the spectrum, THC is a powerful bronchodilator and has even been known to improve lung function. 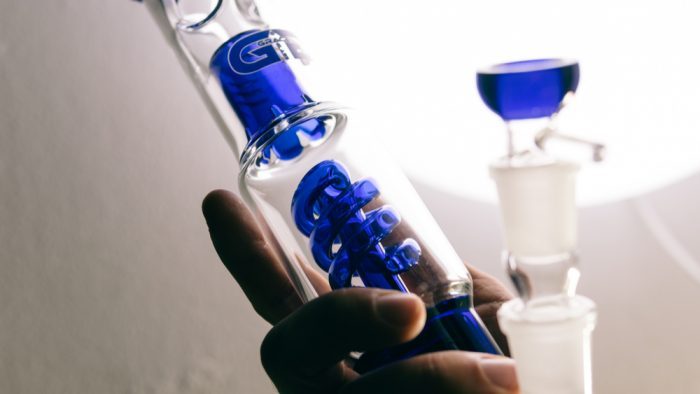 You Still Need a Filter No Matter What You Smoke

Filtration matters. Cigarettes have their filters, but these can hardly block out all the toxic chemicals from entering a smoker’s lungs. Of course, the existence of a filter is better than none.  These days, when smoking cannabis, there are so many more options.

The good news for smoking cannabis is that we are no longer in the days where you have to smoke a joint through a cardboard roach.

For example, the most well-designed bongs will run cannabis smoke through a series of filters that each have their own purpose. The first filtration could be a percolated down stem. The multiple exits for the cannabis smoke break it apart and open the space between the molecules. As it exits the down stem, the smoke creates smaller bubbles. The reservoir of water filters and cools these bubbles. Next, the smoke moves up into multiple tubes that again cool the smoke before they pass through an ice trap that drops its temperature even further.

All combusted biomaterials are carcinogenic. Still, a filter minimizes the risk. The wide range of cannabis vaporizers, nebulizers, and bongs that are now available provide options to lessen exposure to any carcinogenic compounds. 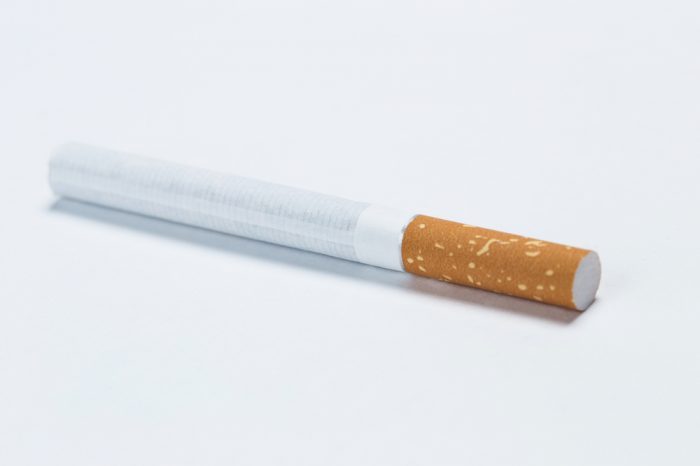 Perhaps just as pertinent as the filtration system is the habit. Compare people smoking weed to people smoking cigarettes. How many puffs do cannabis smokers take? How about cigarette smokers? It’s obvious that cigarette smokers take more puffs per day. A pack of 20 cigarettes with a dozen puffs a piece versus a few small bowls, likely less than 6 puffs each of cannabis. This creates a large difference in a 24-hour time period.

Next, extrapolate those numbers to the timescale of years or decades. Now it becomes clear why the cigarette habit is much harsher on the lungs and airways than smoking weed.

Lastly, and perhaps most importantly, is that cigarettes are extremely addictive. The nicotine in cigarettes makes them one of the hardest products on the market to quit once addiction sets in. There are stats to indicate that 9% of cannabis smokers become psychologically addicted, but it’s still being investigated. There are no physical withdrawals from quitting cannabis.

So, the next time someone tells you that smoking cannabis is just as bad as smoking cigarettes, you’ve got six reasons to call them out on that lie.

Marley and Chong: How Do Pot Smokers Even Get Cancer