Smoking Weed on the Road – Must See Destinations In Cannabis Culture

Get on the road to some of the most famous destinations in weed smoking history.

Whether you recognize it or not, weed has a long tradition of travel. It’s moved from Central Asian mountain ranges, into Northern African hashish cultures, and all the way across the Atlantic Ocean to the Americas. Long before weed-tourism was an actuality, weed was travelling the world itself.

Now, of course, travel destinations, like Colorado and Canada, have become meccas for passionate consumers. Legal cannabis markets means smoking weed on the road is not only possible — in some places it’s encouraged. Weed tourism is a booming business, and just about to get started. So get on the road, and get smoking weed in some of the best places possible.

Often, the best places to grow weed outdoors have become the best places to visit for cannabis-culture. It turns out, if people love growing it, they often care about growing the best of it. Places like the sunshine state, beautiful British Columbia, and even abroad, in Jamaica and Indica.

Cannabis has been carefully selected and bred around the globe for millennia. As each genetic rendition flourished, it meant a new strain with new environmental requirements. It’s why we have indicas growing outdoors in harsh mountainous regions in the Indus Valley and sativas growing in humid, hot tropical regions. With the right strain selection, a wide variety of climates support outdoor cannabis cultivation.

The best places to grow weed outdoors are as varied as the strains themselves. As only one example, California is still one of America’s top producers. It’s hot, arid, and mountainous with longer seasons than more Northern states. Yet, colder regions with short growing seasons also produce a beautiful product. You only have to look at the small Himalayan villages growing potent indicas for the last millennia or so as an example.

Mind The Legality of Where You Are

But cannabis is still illegal in most places around the world. Just because there is a long tradition of growing cannabis somewhere, doesn’t mean it’s an above ground industry. Even in the birthplace of cannabis, the Indus Valley, farmers still face prosecution. As National Geographic highlighted in their piece from 2016, farmers have been forced to move their cannabis fields into higher and higher places, to avoid raids by the federal police. Travelling to the Himalayas in a quest to get smoking weed on the road could not only put yourself in danger, but the local communities.

If you choose your travel destinations based around the availability of cannabis, it’s always best to look for places where locals and international travellers can legally enjoy the magic this plant has to offer. 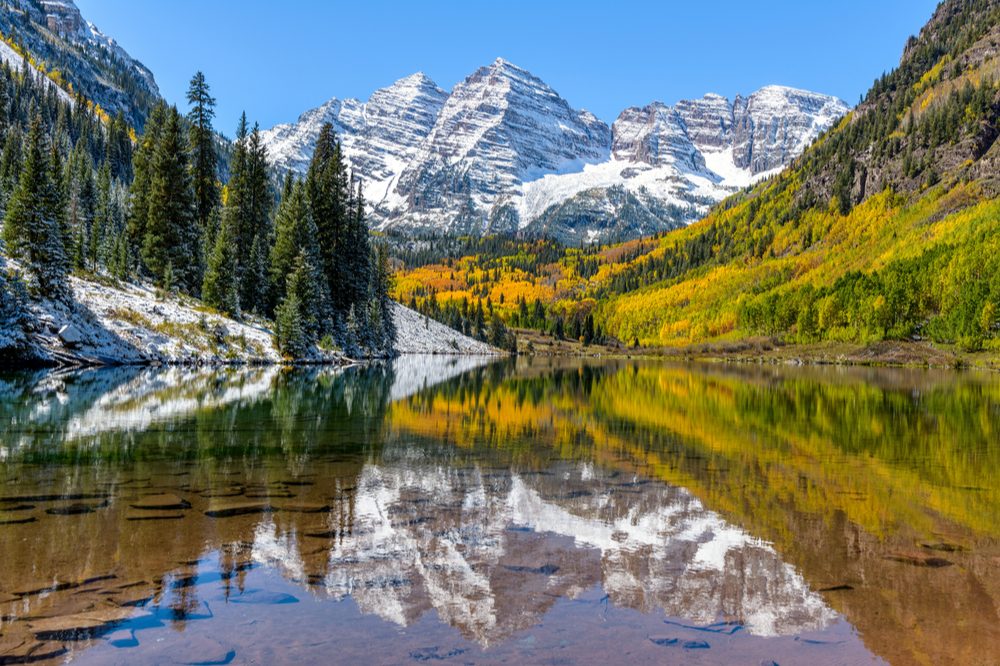 What makes for an ideal cannabis travel destination? Seek places where it’s easy to grow, and where it’s legal to enjoy. Right now that space is pretty limited, but international drug-policy is seeing a rapid evolution. In the next decade dozens more cannabis friendly spaces will surely open up. Here are a few of the current travel destinations you might want to check out, if your goal is to smoke weed on the road.

Cannabis tourism launched with the opening of the recreational cannabis market in Colorado. The most recent figures from 2016 suggest that at least 6.5 million people travelled to Colorado as a cannabis tourist. But Colorado doesn’t just have legal recreational cannabis, it’s also a big destination for those seeking the thrill of the outdoors. Hiking, mountain biking, skiing vacations and more are all reasons why adventurists seek Colorado’s wild spaces.

All visitors to the state can purchase cannabis from any of the licensed retailers, provided they are over the age of 21 and have a photo ID. Keep in mind you’ll need to bring cash, credit card companies still are unsupportive of legal sales.

Another American destination, and one worth the Bucket List classification. California is not only the ideal hot, arid environment to grow weed, it was also a flourishing community of cannabis culture, advocacy and regulatory reform. Alongside Colorado, California also legalized recreational cannabis in 2012. Since then, its market has gone through several transitions. But, among cannabis lovers, California is famous for old-school cannabis culture. Accordingly, many of your favourite strains come from California breeders. Think Girl Scout Cookies, Blue Dream, God’s Green Crack, Bubba Kush, and Sour Diesel.

Canada joined the growing number of American states with legal recreational markets in 2018. Moreover, all across the North people over the age of 18 (or 19 in some provinces) can buy cannabis through federally licensed stores. As a cannabis tourist, you can even use your credit card here.

British Columbia is of particular note on your cannabis road-trip. Like California, the province has long been growing, breeding, and smoking cannabis. Old time BC breeders have made a name for themselves around the world, with strains like Northern Lights, Texada timewarp, Nuken, and Death Bubba.

If you are seeking a tropical, international, cannabis friendly destination, Jamaica is a must. From as far back as the 1800’s, Rastafarians began incorporating cannabis into their religious ceremonies The Rastafarian culture Technically speaking, cannabis has only been decriminalized, but as a tourist it’s still possible to access cannabis through legal means. Bring your medical cannabis card, or doctors note with you on your arrival. You’ll also want to visit the permitting office to receive your cannabis-permit. Once you have these documents, hit up one of the many herb houses (dispensaries), and carry no more than two ounces on your person.

Smoke-Safe and Enjoy Your Trip!

As you head out on your cannabis-centered road trip remember the rules of the road:

RELATED  What About Treating Shingles Naturally with Cannabis?

There is a big wide world of cannabis history, culture and friendly destinations to hit up. With more places sure to come online in the coming years.

These are the Top Liked Cannabis Strains for 2019