Can Changes In Speech Patterns Be Used As A Sobriety Test?

Canadian study observes acoustic changes in people after consuming cannabis. This tells us a few important things about the brain.

Have you ever wondered if your speech patterns change as a result of consuming cannabis? Like say, if the pitch of your voice changes, if you speak more slowly, or if you slur words? You’re not alone, and researchers in Canada are keen to shed more light on this common quandary.

The study used a small sample group of only eight medicinal consumers. The subjects did not consume cannabis for twenty-four hours prior to the start of the study. Participants first performed assigned tasks to establish a baseline in their speech pattern. Then, after consuming cannabis via inhalation and waiting thirty minutes, they performed each task again.

The series of tasks were basic, like reading an entire passage from a book, or repeating a specific series of words multiple times over. Despite the simplicity, these tasks provided researchers with a wide range of data. By using easy words and emotionally neutral phrases, they were able to collect an auditory sampling of each subject’s vocal abilities before smoking cannabis, and after.

Something to note though, the quantity and potency of the cannabis consumed for the study was not controlled. Each subject brought their own stash to the study and each participant had previous experience with cannabis. However, there were varying degrees of quantity and frequency when it came to the subjects’ consumption. 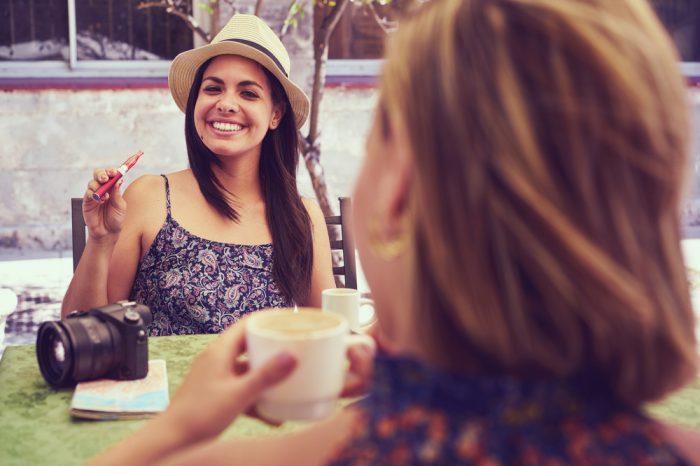 How Your Speech Patterns May Change with Cannabis

Researchers found that “cannabis intoxication” reduced the participants’ vocal range in pitch. Incidentally, this also matched previous observations of schizophrenic speech. The study said that this reduction in range reflects an impairment of executive functions and processing load. It did not, however, specifically define “cannabis intoxication,” or the level of intoxication reflected by the term.

The researchers also measured voice onset time (VOT), which provides an “indirect measure of motor coordination.” Their findings suggest that VOT was more variable during cannabis intoxication, demonstrating “significant impairments to motor timing between the larynx and lips and tongue.”

When measuring vocal quality, researchers asked participants to say a group of words three times while sustaining the vowel sound for three seconds. This allowed them to observe alterations in laryngeal functioning. The results found reductions to vocal “shimmer,” which points to impairments to muscle tone, causing vocal fold flaccidity.

How Do Speech Patterns Connect to Motor Function?

By measuring the timing of articulation in the larynx and the vocal tract, researchers in this study have added to a body of evidence showing that cannabis can cause changes in motor function.

Another study conducted in Spain, and published in Neuropharmacology (2015), sought to find out how cannabis affects the activity of motor neurons. It concluded that “cannabinoids hinder the transmission of information between neurons.” This translates into possible changes in your speaking and breathing patterns, as well as your ability to swallow. But it’s also why cannabis can be helpful in treating neurological disorders, like cerebral palsy. Preliminary evidence suggests that cannabis can help improve speech issues associated with CP, such as stuttering and tics.

Similarly, a study published in Pharmacopsychiatry (2002) found that THC can potentially help treat Tourette Syndrome. This psychoactive cannabinoid achieves this by significantly reducing vocal and motor tics. It turns out, cannabis can help regulate motor activity that is usually disrupted by TS. 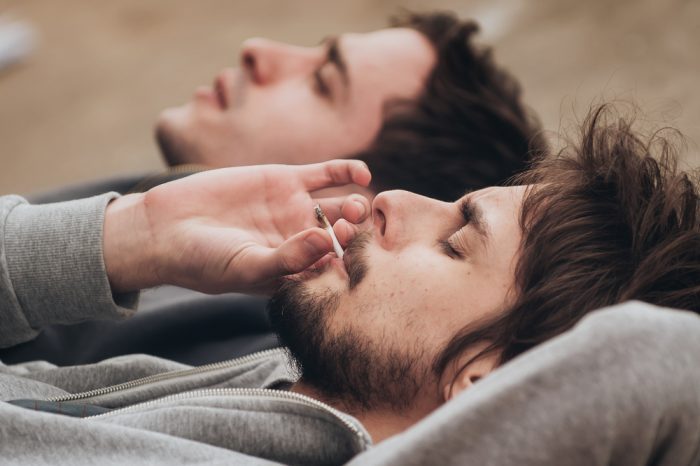 What can These Altered Speech Patterns Show us?

The overall goal of the Canadian study was to ascertain whether or not it would be possible to detect if an individual has consumed cannabis based on an acoustic analysis of speech patterns. Changes in speech can be also indicative of other issues or altered states. These include alcohol impairment, schizophrenia and heart disease, any of which can change your auditory signal by affecting the muscles that control your speech.

So, would it be possible to tell if a person consumed cannabis just by listening to them talk? Based on the small sampling of individuals in this study, these researchers are saying it could be possible. However, more work research must occur in order to find out if automating such a thing was possible. In addition, larger studies that monitor dosage of cannabis and level of intoxication could also help, by pinpointing the level of consumption needed to produce such an effect.