As Fall arrives, we tend to turn inwards, mentally, emotionally, and physically. It’s time for a rest.

Time to cocoon ourselves into our homes, wrapped in blankets and big sweaters. Further, the summer parties and weekend events have given way to snuggles and brisk evening walks. School is back in session and vacation has become a distant, fuzzy memory.

With cozy thoughts of relaxation on the mind, this is the perfect time to craft a cannabis-infused spiced cider. Truthfully, cannabis makes for the perfect addition to the fall line up of warmed drinks. This is thanks to its many therapeutic and sedating effects. This translates to deep relaxation, stress relief, and sleepiness.

So cuddle up and get into these warmed, fall drink infusions.

Can Cannabis Help You Relax?

The stereotype society holds about cannabis is that they are exceptionally lazy. But, laziness is in essence, a relaxing personality trait. While most stoner-stereotypes have long since been disproven through scientific study, there is something to be said about the relaxing qualities of cannabis and the company of cannabis consumers.

A survey of Californians, published in 2016, reported on the side effects and self-reported positive experiences patients felt after consumption. There are many many types of relaxation reported by participants:

The sedative qualities of some cannabinoids play a big role in cannabis’ relaxing qualities. There have been several studies done on the way cannabis impacts sleep. These strongly suggest that cannabis can reduce the time it takes to fall asleep, and it could reduce symptoms of sleep-related apnea.

THC, in particular, seems to have sedative effects, while CBD has a dose-dependant effect of wakefulness. Certain terpenes could also influence sedation and sleep, such as myrcene. Terpenes are aromatic compounds responsible for the unique smells of different cannabis strains, but these also have important therapeutic benefits.

Myrcene is typically known as the ‘couch lock’ terpene and is revered for its spicy, clove-like scent. Chemovars (strains) high in this terpene are rich and earthy, leaving the patient with a sedated feeling.

A study, published in Therapeutics and Clerical Risk Management (2008), speaks to the pain-relieving properties of myrcene. Researchers compare its efficacy and potency to opium. Additional research, published in the Journal of Phytotherapy and Phytopharmacology (2002) demonstrated the effectiveness of myrcene to treat anxiety and sleep disorders.

RELATED  The Benefits and Risks of Using Cannabis for Pets 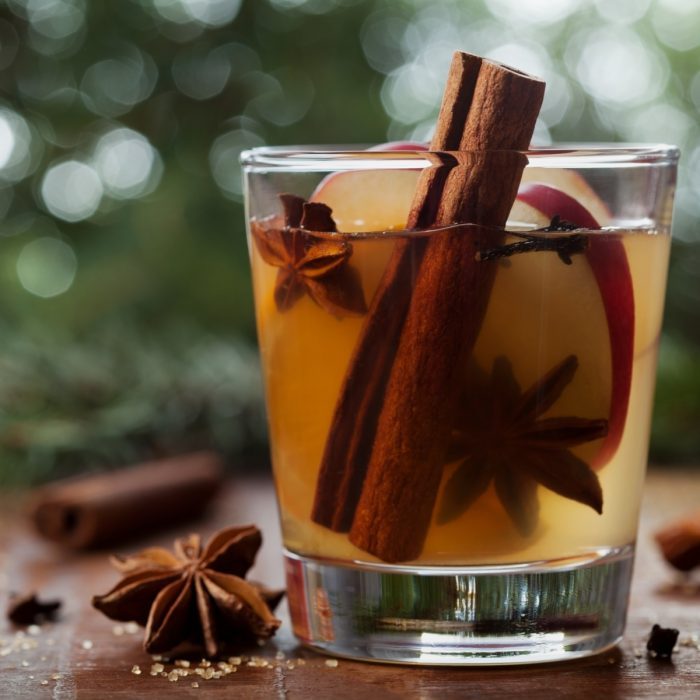 Now that the weather has us feeling a bit little bit slower, why not match that with a warm cup of cannabis-infused spiced cider? Enjoy it socially, or even solo, as a delicious medible. Further, these new-takes on classic fall drinks have ‘winter’s nap’ written all over them.

Hot Tip: Because not all cannabinoids and terpenes stimulate sleep, do a little research on the strain before infusing into your spiced cider. As a quick suggestion, look for strains high in THC with at least 0.5 percent myrcene.

Adapted from The Happy Pot Farmer 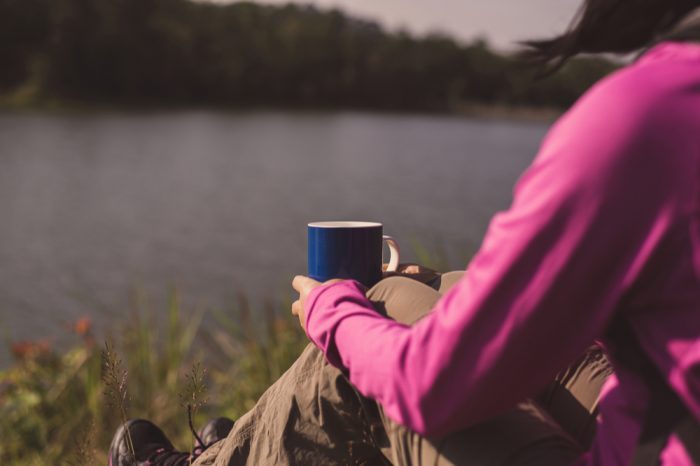 Adapted from The Food Network

2 cups dairy or dairy-free milk (if choosing dairy-free, avoid nut milks as they can curdle)

Note: It is common for the cannabutter to separate as the drink cools. While there is nothing wrong with that, it can look unappealing. This drink is best served hot and enjoyed immediately. If separation occurs, simply stir it back together. 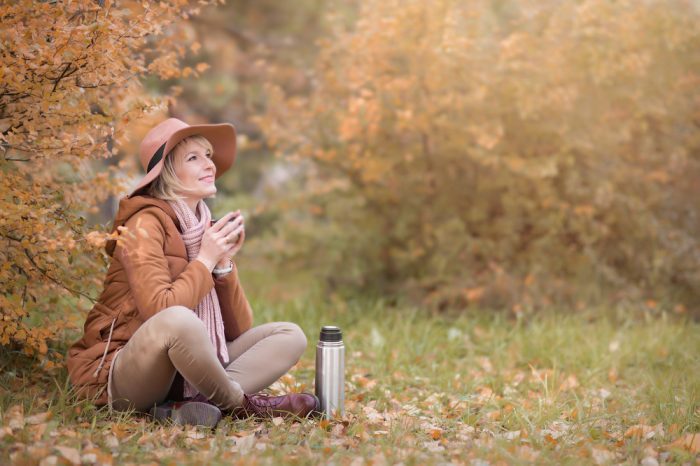 Adapted from the Food Network

Whether you are a spiced cider type of person or more inclined towards a hot buttered rum, there is a cannabis-infused fall drink out there waiting for you. These warmed, relaxing drinks are perfect for evening unwind. Getting medicated never tasted so good.

Pour yourself an infused hot spiced cider, put on that oversized sweater, and settle into fall contemplation.