A collection of research suggests that cannabis smoking males are more likely to be impotent than their peers.

Firstly, the effects of cannabis consumption on male sexual health are not fully understood. Furthermore, there are also conflicting reports of positive and negative effects of cannabis on male fertility. Most of these reports currently concern sperm count and sperm quality.

A twenty-something-year-old male probably won’t be overly concerned about his ability to reproduce. However, evidence linking cannabis consumption and an increased risk of becoming impotent might grab his attention.

In general, investigations into cannabis consumption and erectile dysfunction are not new. These studies are also not consistent, because of a number of factors. Reports [1]Buffum, J. (1982). Pharmacosexology: the effects of drugs on sexual function–a review. Journal of Psychoactive Drugs, 14(1-2), 5-44. from the 1980s suggest that high doses of cannabis can result in an ‘inability to perform’ due to detrimental levels of testosterone.

In a 2018 meta-analysis [4]Allen, M. S., & Walter, E. E. (2018). Health-related lifestyle factors and sexual dysfunction: A meta-analysis of population-based research. The Journal of Sexual Medicine, 15(4), 458-475. published in the Journal of Sexual Medicine, the researchers explored broader health-related lifestyle factors on sexual dysfunction. When conducting a meta-analysis, researchers collect independent studies based on defined inclusion criteria and essentially combine the results of each study to derive overall conclusions.

Above all, insufficient evidence prevented them from making a definitive conclusion. However, a more recent meta-analysis came to a much more decisive outcome. 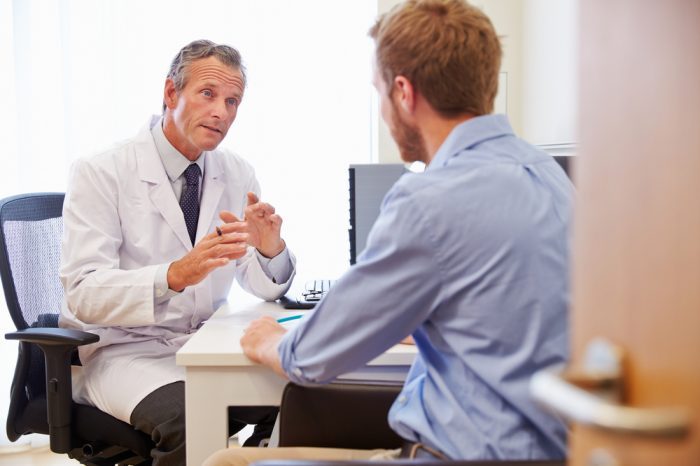 Researchers Says Cannabis Consumers Are More Likely to be Impotent

Recently, a systematic review and meta-analysis came out in the American Journal of Men’s Health (2019).[5]Pizzol, D., Demurtas, J., Stubbs, B., Soysal, P., Mason, C., Isik, A. T., … & Veronese, N. (2019). Relationship Between Cannabis Use and Erectile Dysfunction: A Systematic Review and … Continue reading This review’s researchers concluded that cannabis consumers have an increased risk of erectile dysfunction. Consequently, cannabis smokers may want to take notes.

This particular meta-analysis included five independent studies. The participants of the studies consisted of 1,035 cannabis consumers and 2,360 non-consumers. Furthermore, in each study, participants self-reported their cannabis consumption. Researchers confirmed a diagnosis of erectile dysfunction through a validated scientific tool. In this case, the tool was the International Index of Erectile Dysfunction (IIEF-5).

Interestingly, the prevalence of erectile dysfunction was about twice as high in cannabis consumers compared to non-consumers (sixty-nine percent vs. thirty-five percent). This higher prevalence could be especially problematic, considering the average age of the participants was just slightly more than twenty years old, significantly younger than the expected onset of impotence.

Consequently, this study begs the question, are there aspects of cannabis consumption that might contribute to consumers being impotent? Or above all, could another cause entirely make these consumers impotent?

Cannabis and the Penis

Ultimately, we need further research to investigate if exogenous cannabinoids like THC have a similar effect on the human male’s corpus cavernosum. However, it is also possible that the increased likelihood of erectile dysfunction is not a product of cannabis itself, but the method in which people consume it. 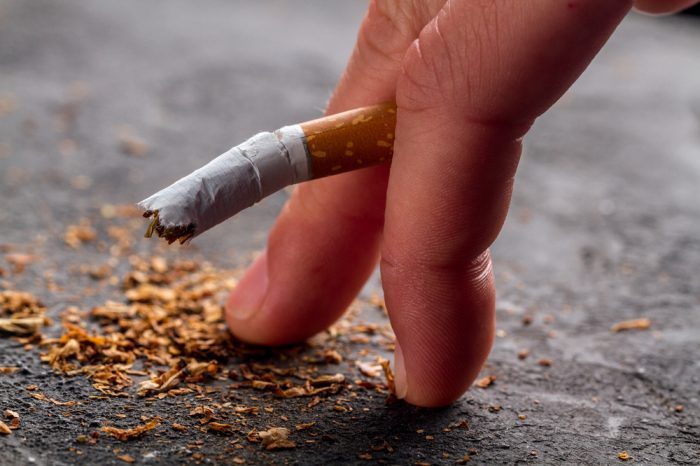 The study participants in the previously mentioned meta-analysis consumed their cannabis by smoking.

In other words, smoking itself, and not cannabis, may be the primary risk factor for erectile dysfunction and being impotent. Future researchers investigating the effects of cannabis on erectile dysfunction will need to recruit from samples of participants who do not smoke cigarettes. Furthermore, they will also need to find participants who consume their cannabis exclusively through vaporizers and oral methods. Until then, it will be unclear whether the participants are increasingly impotent because of cannabis, the consumption method, or other confounding factors.

Meta-analyses are generally considered a higher level of scientific evidence. However, that status depends on the quality of the studies that the researchers analyze. The 2019 meta-analysis included five case-control studies. These studies relied on self-reporting of cannabis consumption to make an association between cannabis and erectile dysfunction. In a retrospective nature, the participants tried to remember how often and how much cannabis they consumed. Because of recall bias, retrospective studies are problematic. Furthermore, they cannot always account for all the confounding factors that may have led to the case in question. Lastly, some consumers may be less likely to report something as embarrasing as erectile dysfunction or being impotent. However, the 2019 meta-analysis still deserves attention.