In 1975, a government-funded study supported cannabis for cancer research.

This article is an opinion piece based on the facts surrounding the Virginia Study that produced results to support further research into cannabis for cancer. Instead, it went nowhere.

It seems the lesson taken from the Virginia Study wasn’t how to help suffering Americans; it was how to better subvert the truth. It began when President Richard Nixon wanted scientific evidence to bolster his anti-cannabis position. Nixon’s electoral strategy was to excite a “silent majority” of white voters by painting anti-war progressives and black people as dangerous and out to get them. Vilifying cannabis, a drug long associated with hippies and jazz musicians, was a great way to do that. To do so, he authorized a study that was meant to prove that cannabis was unhealthy: an examination of THC and lung cancer.  After all, smokable cannabis can’t be good for the lungs, right?

In a 1994 interview with Harper’s, former Nixon aide John Ehrlichman explained the administration’s position. “We knew we couldn’t make it illegal to be either against the war or black, but by getting the public to associate the hippies with marijuana and blacks with heroin. And then criminalizing both heavily, we could disrupt those communities,” Ehrlichman said. “We could arrest their leaders. raid their homes, break up their meetings, and vilify them night after night on the evening news. Did we know we were lying about the drugs? Of course we did.”

After Nixon rode a wave of rightwing paranoia to victory, he wanted to cement the evil status of cannabis in voters’ minds to bolster his re-election chances.

The resulting science would be the final nail in cannabis’s coffin. Not only could help stoke fear in voters, it could be used to grant Nixon a larger budget for the War on Drugs, which had just unveiled.

The research Nixon ordered was published in 1975 in the Journal of the National Cancer Institute, but was begun much earlier. The results showed tumors shrinking (in the rodent model) following THC application. The researchers quietly released these results in a small run of journal issues.

RELATED  GABA Receptors - The Connection Between Psychosis and Killing Pain

Nixon resigned his office just before the study was published, but might have known of its results, thanks to the lag between results and publication in academic articles. He was one of the few Americans who did.

The research should have been big news. The Washington Post ran a story about the study in the mid-70s and mentioned it again a few years, but a scientific breakthrough of that caliber — one that may have completely challenged the public’s perception of a substance — didn’t get the press it deserved.

It also didn’t get its due in academic journals. Usually, peer-reviewed research that purports to turn scientific understandings 180 degrees leads to a flurry of follow-ups as hundreds of scientists line up to further the new understanding or disprove it once and for all.

But none of that happened. The National Institutes of Health, which authorized the first study, didn’t call for further research.

The groundbreaking research went away as quietly as it appeared, like a puff of smoke in the wind. 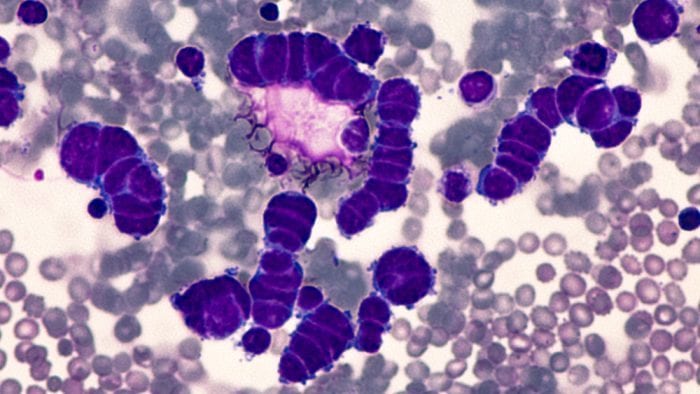 THC and Lung Cancer: What the Research Showed

The purported aim of the study was to determine what effects THC would produce on Lewis lung carcinoma, which is a kind of spontaneously occurring tumor. The scientists used that specific cancer because it’s easy to create and place into rodents. Further, results from its treatments are easily replicable in other kinds of lung cancer.

To demonstrate the effects, the scientists ran two tests. First, they tested the relationship between THC and lung cancer cells in petri dishes. The next test had the same treatments, in tumor-ridden mice. The goal was to see if cannabis acted differently in live creatures than it did in a sterile setting.

The results were nothing short of surprising. The first line of testing showed that THC and another cannabinoid called CBN shrunk the size and weight of lung tumors in the lab setting.

The second test, in which scientists gave mice oral doses of THC, found similar outcomes. Mice given the THC treatment had smaller Lewis lung cancer tumors than their peers in the control group.

Suddenly, science had a new tool to potentially attack lung cancer. So, why didn’t anything change?

Was This a Conspiracy?

Because the study led to so few follow-ups or news mentions, many people speculate that the government had a hand in suppressing the scientific evidence. They think the government deliberately hid the potential to use THC to treat lung cancer.

It would have embarrassed politicians, who had just made cannabis a schedule one substance in 1972, to suddenly change their minds and support its further research.

It also would go against the “Southern Strategy” Nixon rode to victory. This means Republicans would have to find a new way to elicit votes. By that time, the public perception of cannabis was low, and politicians wouldn’t get many votes for siding with it.

While all that is true, there is little evidence showing an active suppression attempts by then-President Gerald Ford. Nor is  there any implicating other high-ranking U.S. officials. (Conspiracy theorists would here point out that coverups of this nature don’t have trails of evidence anyway.) 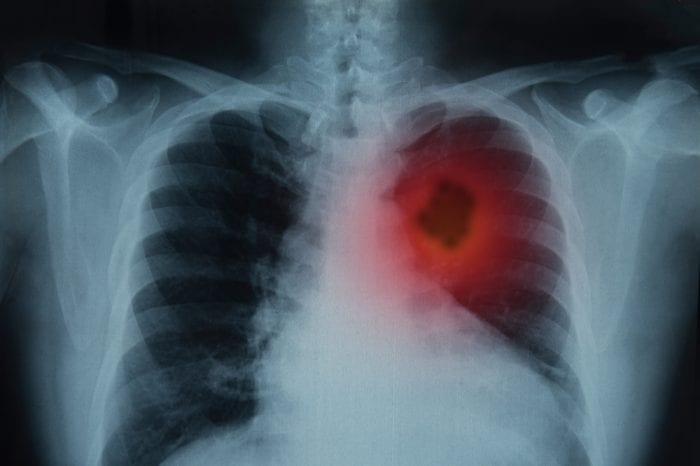 What is certainly not a conspiracy are the follow-up actions.

The National Institutes of Health did not authorize many follow-ups to the original research, and cannabis research has been stymied by the government in various ways for a long time — that continues to this day.

It may be that no suppressing was necessary. The American public certainly didn’t have the appetite to fund more cannabis research. It could be that many scientists simply did not want to deal with the hassle. They would know the frustration and long wait times that researching a schedule one substance brings.

RELATED  Immunotherapy and Cannabis May Not be For Cancer Patients

Or it could be that members of Nixon’s White House carried out his mission after he had gone. They clamped down on the research, threatened the press, and squashed calls for more funding.

All that matters now is where research goes from here.