Until she tried cannabis, physical ailments and undiscovered histamine intolerance led to years of pain and anxiety for Susan.

I do not remember ever being pain-free over 62 years…but, then I was. Without knowing it, I had a histamine intolerance, and what finally helped me was medical cannabis.

All of my life, I told doctors how I was feeling. They would run tests, say the tests came out normal, and then suggest I go see a psychologist.  After dealing with these problems for what seemed like forever, the day came when I actually found out what was wrong.

All of my life I had lived in Indiana. My son moved to Los Angeles after graduating from college, and encouraged me to move there. While there, I went to see an allergist due to feeling so bad.

The doctor did scratch tests on my arms. He tested me for tons of allergies, including foods. When it looked like I had allergies to 95 foods, my doctor yelled at me for eating the foods he told me not to eat.

I had only been eating the things he had OK’d. In fact, there were not a lot of foods left that I could eat! So I made an appointment to see a food allergy specialist. The food specialist did scratch tests on me until I lit up like a Christmas tree. Then she said “You have a histamine problem!”

So she drew blood and did an IgE test on me. This test shows how strong your allergies are. I scored only 7 points out of 500. All of the allergy tests, shots, and problems over my lifetime were not actually allergies, but histamine problems. I had no allergies. I had intolerances! Intolerances are not as deadly as allergies, but they can be quite painful to live with.

What is Histamine Intolerance?

Histamine is a compound that cells release in response to injury, and allergic and inflammatory reactions. It causes a contraction of smooth muscle, and dilation of capillaries. Histamine can be found in all foods in varying amounts, medicines, plants/flowers, preservatives, GMO’s, and just about everywhere.

At one point, he was telling me about a person being depressed, but not really having histamine intolerance. I felt like he was trying to back me into a corner. All of a sudden, I remembered that I had that copy of the IgE test. Well, he almost fell over! I was formally diagnosed with a Histamine Intolerance right then and there.

Why Do You Develop Intolerances?

I had too much histamine and was not able to fight it off. This happens because there is not enough diamine-oxidase in my body. This imbalance causes the histamine to become too high. Doctors often mistake it for other conditions, such as food allergies, or gastrointestinal diseases.

Histamine Intolerance is responsible for histamine hitting the brain and causing all of the problems I had listed above that plagued me during my life; even including depression. Ironically, many of the things that make Histamine Intolerances worse are pain medications, antibiotics, antidepressants, muscle relaxants, gastrointestinal medicines, GERD, diuretics, extreme temperatures, and alcohol.

So basically, when I was trying to help myself, and fix problems I was having, the medication made things worse. I am crying right now as I write this. I can’t believe I lost so much time in misery.

I am happy I am experiencing a much better life! I still have problems with Histamine Intolerance, but it is nothing next to what I used to experience. What changed everything was medical cannabis.

My son guided me to a great doctor who wrote scripts for medical cannabis. I started using cannabis, and for the first time ever, I felt good mentally and physically, had little to no pain, and started living a painless life I never knew existed!

I moved back to Indiana in 2017. Los Angeles was too expensive to live in. After living in Indiana a while, I felt a whole lot worse. I was not using cannabis, because it is a prison sentence here to be caught with it. 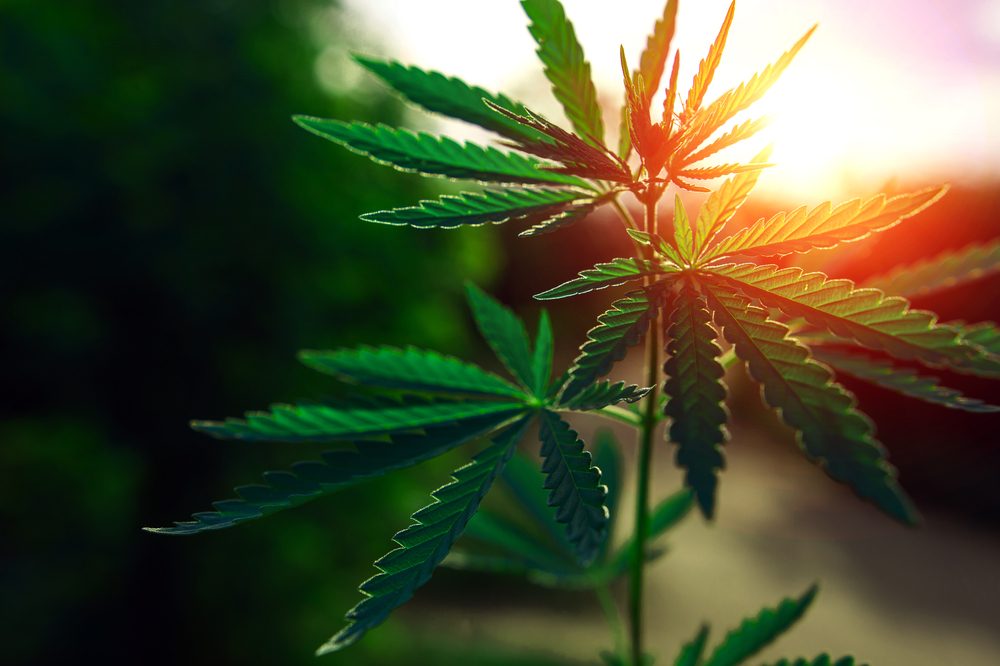 A Return to Cannabis – No Matter the Cost

The problem was that I became intolerant to all NSAIDS and opiates. Then I realized that two medications the doctor in Los Angeles gave me were making my heart rate and blood pressure rise and fall dramatically.  I told my doctor several times that I felt like I was dying. He didn’t listen. So on my own, I weaned off of two psychoactive drugs (Lexapro and Librax) given to me for PTSD from complete knee replacement and for IBS from Histamine Intolerance. I had been in a fog for seven months in 2019 from removing the drugs.

Then doctors gave me shots in both knees. As the chemistry changed in my knees I had horrifying pain. After a while, I could not put any pressure on my left leg, and my right leg wasn’t much better. I cried all day. I had to use crutches. It was then that I had a long talk with myself.

I did not care what a government thought that took away the one thing that had helped me in my life. I started using cannabis again!

After that, my mind was clear within three days. My pain was gone!  I still feel like a whole new person. Cannabis  has given me a life. I take no other pharmaceutical drugs, except for 1/2 gm of a medication once a day. Cannabis has freed me from the all of the side-effects of medications that I used to take that did not help me. I cannot say enough about cannabis. It has made my life worth living in a HUGE way! I will never be the same… Thank God!

Cannabis Restored My Body From Fibromyalgia, Seizures, and Pain