When Studies Use Synthetic Cannabis You Can’t Report The Results as Cannabis! But They Do!

That “Cannabis Harms the Teenage Brain” headline you’ve been seeing… it’s based on a study using mice and synthetic THC.

Few countries sponsor unfettered scientific exploration of the plant. The legal difficulties scientists face to gain approval for the study of whole plant cannabis are many. This has forced cannabis researchers to get very creative. So, instead of studying cannabis and cannabis-derived compounds, researchers often use synthetics.

Unfortunately, ‘cannabis-like’ doesn’t represent the beautiful complexities of real cannabis.  Viral news pieces usually fail to catch this essential research detail. Cannabis news is often based on research from synthetic cannabinoids, leading to serious misrepresentation of the actual plant in the news cycle.

The Many Challenges of Studying Cannabis

Researchers in the U.S. face an uphill battle in their fight to investigate the medicinal benefits of cannabis. This healing plant is classified as a Schedule I substance by the Drug Enforcement Agency (DEA). Incredibly, this means the DEA believes the plant has “no currently accepted medical use and a high potential for abuse.”

Research teams in the U.S., pitching clinical study of the plant, face a bureaucratic nightmare and a process which can require approvals from the National Institute on Drug Abuse (NIDA), Food and Drug Administration, the DEA, institutional review boards, state government, medical boards, and potential financiers, just to name a few. This process can become prohibitive.

If successful, and federal government grants approval, research must use cannabis as supplied by the only federally licensed facility, the University of Mississippi. Notably, the research supply is extremely limited in scope. Especially when compared to the hundreds, if not thousands of varieties, potencies and formats available on the market today. It is also pretty close to ‘brick weed.’  Thus, researchers are limited by the quality and range of the available product, which interferes with accurate results.

Due to these barriers, most researchers instead design studies around synthetic and substitute cannabinoids. Some of the most common substitutes for cannabis are Dronabinol (Marinol and Syndros), and WIN 55,212-2 (WIN).

How This Research Influences Opinion on Cannabis

As a case in point, the media transformed a recent study published by the Journal of Neurochemistry, from a case exploring the effects of a synthetic cannabinoid receptor agonist, into a narrative about “How cannabis and cannabis-based drugs harm the brain.”

With such a catchy headline, media outlets around the world picked up the story and ran with it. Ultimately though cannabis research and synthetic cannabis research are not the same thing. Agencies from Science Daily, to Medical News Today, to Hartsburg News skimmed over the details of the study, to seriously misrepresent the real conclusions.

The study, conducted by Ana Sebastião and her team out of Universidade de Lisboa and the University of Lancaster, did not use cannabis in any of their models. They instead used a synthetic cannabinoid receptor agonist, called WIN 55,212-2 (WIN), to mimic the effect of THC on the endocannabinoid system. Many of the news pieces, also failed to mention this was an animal study, using lab mice and not based on results from human participants.

The press release suggests, “The study has implications for both recreational users and people who use the drug to combat epilepsy, multiple sclerosis, and chronic pain.” Their conclusion may be a bit of a stretch. After all, it is an animal study using a synthetic cannabinoid-like compound; this is not a study of cannabis on humans.

Ryan Marino, M.D., a toxicology fellow at the University of Pittsburgh Department of Emergency Medicine, describes this leap in logic the best, “I don’t know how to necessarily extrapolate mouse data with WIN 55,212‐2 into humans with THC, which I’d caution against even though that press release seems to imply equivalency.”

“Cannabis-like” Does Not Equate Cannabis

According to a study — published in Neuroscience Letters (2011) — comparing the effects of WIN versus THC on mice, there are important differences between the substances. In particular, the test discovered the compounds have different effects on mice performing a maze task. Because the compounds are so structurally different, it’s irresponsible reporting. Seeing these two used interchangeably in the piece as a way to draw conclusions about the effects of cannabis. 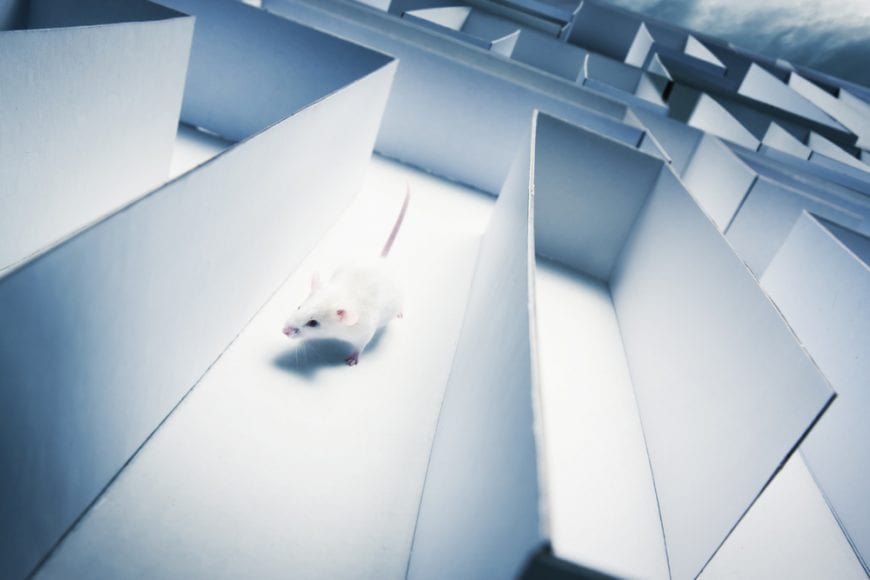 Aside from molecular differences, there is also evidence that people overwhelmingly report better results from real cannabis over synthetic. And by a enormous margin of ninety three percent! This is likely due to the medicinal synergy of whole plant medicine. It’s not just one cannabinoid interacting with the endocannabinoid system, it’s dozens. All working together to mitigate adverse reactions and boost benefits. It’s a delicate dance that can’t be replicated adequately by synthetics in a lab.

Until journalists are capable of grasping the nuances of the science they report on, the misleading headlines on cannabis will likely continue. It’s a significant problem however. Quality reporting on developments in cannabis is crucial for policymakers to draft legislation, for patients to understand risks, and for society at large to gain an accurate comprehension of cannabis medicine.