The Day I Tried Cannabis for Fibromyalgia Changed Everything

For over 12 years, I tried different pain medications with no relief. When I tried cannabis, it was honestly like my life changed from night to day.

My name is Tammy and I am 57-years old. This is my story about coming back from hell to living again due to fibromyalgia.

I went from being a successful respiratory therapist to completely disabled, almost overnight. The doctors said it was fibromyalgia. To make things worse, they said I also had to have back surgery for two ruptured discs. Because of the pain, I suffered tremendously.

The doctors put me on many different medications to treat my pain and depression over a 12-year period. I became a recluse and lived in chronic, constant, pain due to the fibromyalgia.

Then I got my Card for Fibromyalgia

So, I moved to Oregon. I got my medical cannabis card and made a trade for myself. I traded that card for the morphine pump they put in me eight years prior. Next, I took myself off most medications. I had a long road because my physical health was in poor shape and I weighed almost 200 pounds.

Then I began smoking medical cannabis full-time for pain control. It was honestly as though my life changed from night to day.

And I started feeling better immediately – both mentally and physically. I then begin an exercise regimen and started enjoying life. I’ve kept my weight around 115 pounds for five years now.

I still have medical issues, but I get around really well and I’m not living in chronic pain anymore. I wanted to share my story so others could see how cannabis could change their life. 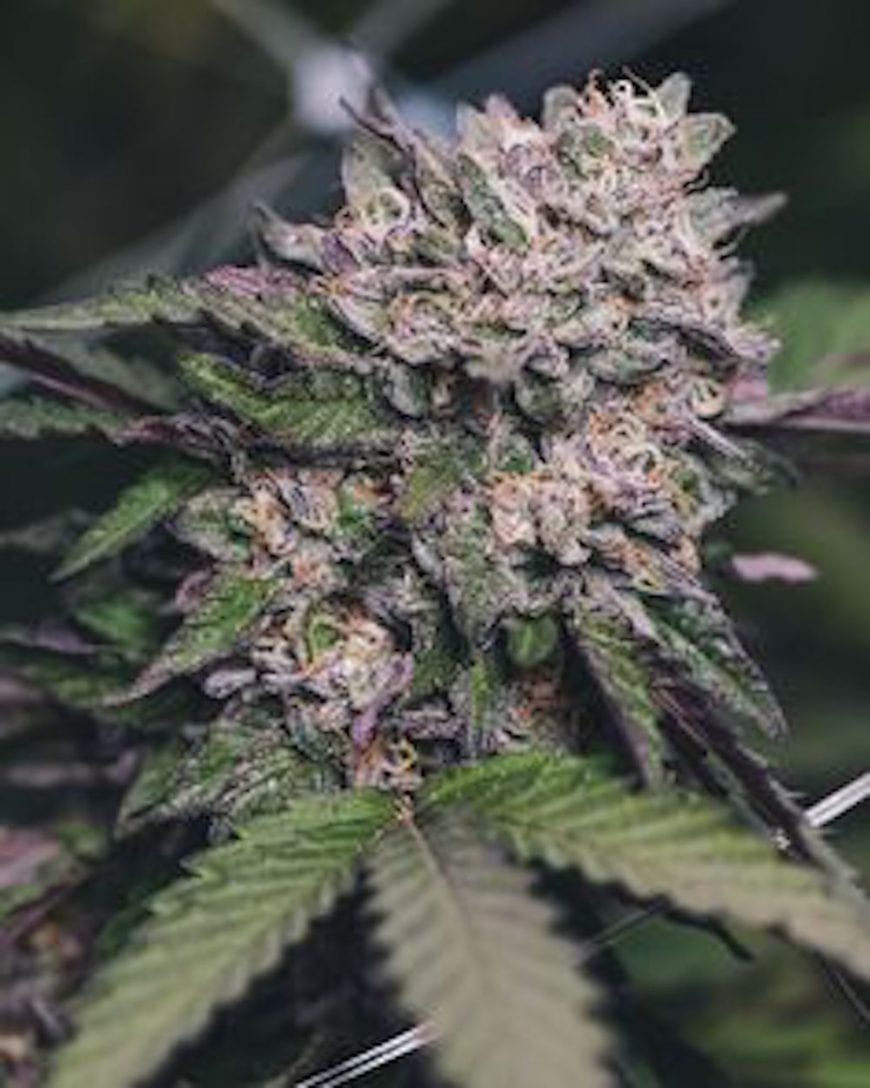 From RxLeaf: The Science on Cannabis and Fibromyalgia

Fibromyalgia is a complex, often misdiagnosed, condition. Cannabis can treat all of its symptoms and the root cause. Some would say cannabis is the perfect medicine for fibromyalgia.

Ten million Americans suffer in secret from fibromyalgia, most of whom are women. Fibromyalgia is a complex disease that is difficult to diagnose. This means that the statistics could be higher.  In addition to pain, fibromyalgia patients are affected by depression, headaches, insomnia, inability to focus, and chronic fatigue.

Recent research found that people who suffer trauma or abuse in their childhood are 2.7x more likely to suffer debilitating conditions later in life; one of these is fibromyalgia. Other disorders include: chronic fatigue syndrome, chronic pain and irritable bowel syndrome.

The National Child Traumatic Stress Network identifies the following as common childhood stressors: sexual abuse, neglect, divorce of parents, death of a close family member, physical abuse or domestic violence. When a child encounters these stressors, their brains may react by forming hyper-vigilant neurological responses, which may then translate to painful and debilitating conditions later on.

It’s true that children have the benefit of greater neuroplasticity, meaning that their brains are still highly adaptable, and able to accept change more readily. As much as this is a good thing, it can also be detrimental. When the brain of a child experiences a significant stressor, it may develop inappropriate or exaggerated responses to stimuli that sets up permanent pathways that cause harm.

In the case of fibromyalgia, the brain perceives excessive pain from stimuli that should not elicit that response.

Is Fibromyalgia an Endocannabinoid Deficiency?

Another hypothesis is that fibromyalgia could be linked to clinical endocannabinoid deficiency. This is a situation where the body lacks sufficient endocannabinoids to regulate some of its processes, such as the control of pain. What is interesting about the connection between the theory of childhood trauma and endocannbinoid deficiency, is that patients with PTSD are also lacking in key endocannabinoids. Could it be that PTSD in early life is causing endocannabioid deficiency that leads to disease later in life?

RELATED  CBD Works In The Brain To Treat Anxiety 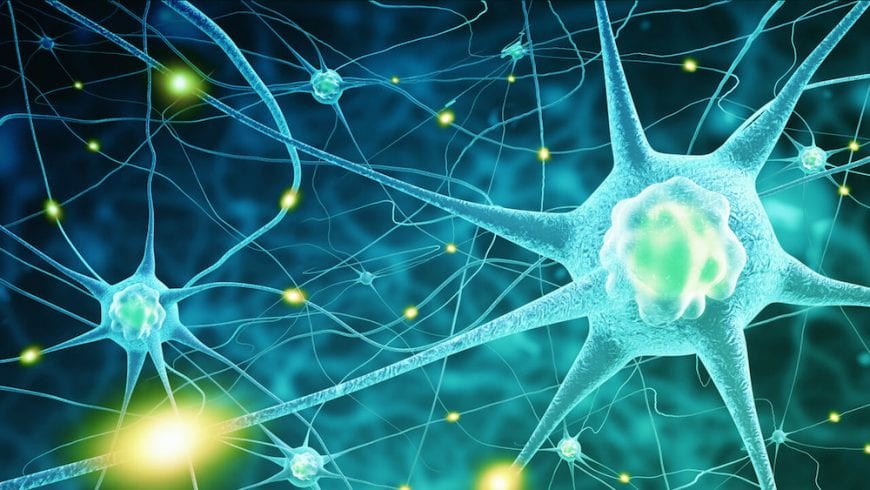 How Cannabinoids Help With Pain

Cannabinoids have been shown to be effective in the suppression of pain. Cannabis, which contains numerous cannabinoids and terpenes, can be used to supplement an endocannabinoid deficiency, as well as manage other symptoms, such as depression and insomnia. It’s one medicine for multiple symptoms of fibromyalgia.

A 2007 study in the Journal of Neurology found that cannabis can help with the suppression of neurological pain (pain caused by damage to the nerves). The researchers compared cannabinoid therapy to other neuropathy treatments. In this case, cannabis therapy was equal or better in terms of efficacy.

This was told within the results of  a survey conducted by the National Pain Foundation. The survey compared cannabis efficacy to Lyrica, Cymbalta and Savella, which are all pharmaceutical treatments for fibromyalgia.

Medical cannabis was the most effective of the four treatments administered, with 62% of the patients finding it effective. A further 33% achieved significantly more relief from their symptoms.

Leafly has tested a number of cannabis strains that claim to be effective for treating fibromyalgia.  These match our top three picks:

This sativa dominant strain is rich in CBD with a ratio of 5:2 CBD to THC ratio. This means that patients can maintain a sense of level headedness while taking their cannabis. With the combination of quality CBD and THC, this strain is great at managing pain and inflammation. It also combats anxiety and depression. It is particularly great for patients who may want to steer clear of psychoactive effects. 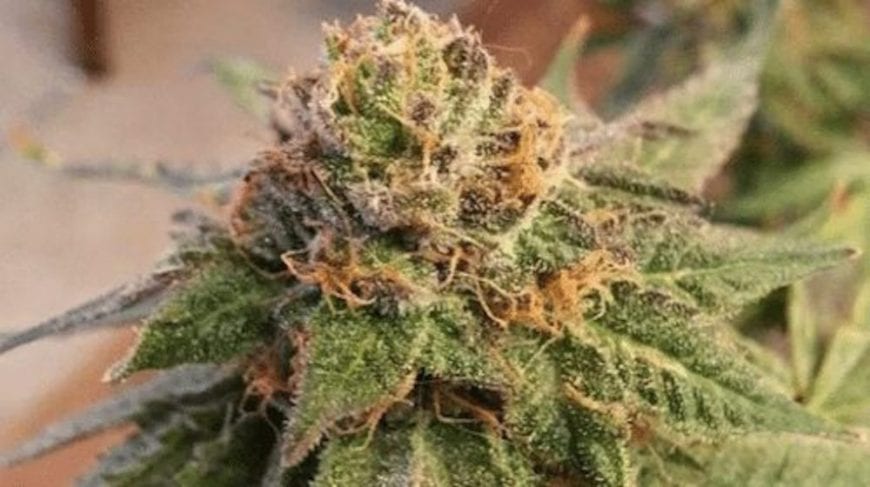 This is a top shelf indica strain with high levels of THC (between 19% to 22%). It is effective against harsh pain while providing a mild euphoria. Critical Mass also combats insomnia, stress, and depression.

This strain is high in CBD with THC levels below 6%. It is a popular strain because of its uplifting and relaxing effects and great efficacy in fighting intense pain. Cannatonic also contains limonene, which is a terpene that is great for alleviating depression.

RELATED  Susan Michaels On the Dangers of Histamine Intolerance

Cannabis just may be the perfect medicine for fibromyalgia. It treats both the symptoms and the underlying causes (PTSD or endocannabinoid deficiency) with no harmful side effects. Have you tried cannabis for your fibromyalgia?