Dying with Dignity is About Choice in End-of-Life Medication

Terminally ill patients have new hope in being allowed to access cannabis to help them die with dignity and presence.

Many patients whose final days were destined to be spent in drugged out, nearly incoherent states are switching to cannabis-based treatments for palliative care. This allows them to be more fully present and lucid as their families and friends gather around to say goodbye.

For many, the consumption of medicinal cannabis represents a more compassionate option for end-of-life care. Only certain patients in certain states are allowed this dignity. Not all medicinal cannabis laws allow the terminally ill to have access to cannabis.

Yes, thirty-three states allow medicinal cannabis. However, many don’t go the extra mile of ensuring that dying patients have easy herbal access. They have the list of ‘qualifying conditions’ and that’s it.

Some hospice facilities and nursing homes are wary of discussing cannabis with patients due to concerns over federal funding. They worry about advocating for weed, fearing that they will run afoul of the U.S. government. Which, of course, still considers the substance to be as illegal as hard drugs heroin and cocaine.

To get around this, some private hospice care providers specifically target medical cannabis patients. In other cases, outside consultants offer their services to terminally ill patients that reside within other facilities. Discussing the medication with family members and the patients themselves to help answer questions that hospice staff aren’t allowed to or are unknowledgeable about.

There are even law firms, such as this one in Ohio, that advertise their services to hospice facilities as a way to help them stay on the right side of the law while allowing patients to consume cannabis.

Medical cannabis laws vary by state. Nevada and New Mexico have hospice care written into their laws as qualifying conditions for medical cannabis (although its use in hospitals may not be allowed).

Other states, such as Connecticut, Florida, Minnesota, New Jersey, Delaware, West Virginia, and New Hampshire, list terminal illness as a qualifying condition. Other states make no mention of terminally ill care in their medical cannabis laws. This means that patients there may be able to consume cannabis if they have coverage for their disease (although it’s not always clear).

RELATED  Beautiful Bhang: The Next Big Thing In Cannabis Is Ancient History

In other cases, state legislature provides better rules. California recently passed Ryan’s Law, which permits hospitals to let dying patients choose cannabis. The Golden State also updated its laws concerning the sharing of cannabis with terminally ill patients. While the charitable giving of cannabis was once fine in California, Prop 64 changed the law. The Dennis Peron and Brownie Mary Act changes it back.

Now, good Samaritans are able to buy medicinal cannabis for dying or near-death patients and gift it to them. As long as it’s less than one ounce at a time. This is especially helpful as many cannabis dispensaries and growth operations in California have been generous about gifting medicinal cannabis to dying patients. The new law makes it safe to help.

It also removes the requirement of medical cannabis ID cards for poor patients, which prevented so many people from seeing out their final days with some dignity. But there have also been federal pushes that have tried — in a roundabout way — to open up the possibility of cannabis palliative care to a greater number of patients.

The Federal ‘Right to Try’ Bill

In May 2018, President Donald Trump signed the “Right to Try” bill into law. The idea was simple: Remove some of the barriers that prevent terminally ill patients from receiving treatments that have not yet been completely vetted by the FDA.

This bill applies widely to pharmaceuticals, and includes a great number of medicinal cannabis and synthetic cannabinoid drugs. But while the idea was noble, the structure of the law made it unhelpful. The law removes the liability from the drug companies if they decide to make their not-ready-for-the-pharmacy drugs available to dying patients. But companies are under no obligations to make their medicines available to sick patients — and many just don’t.

RELATED  How Patients Use A THC Patch

Although this may save lives, poorly working drugs (especially those that are experimental) still have potential to cause harm to a company’s bottom line. Patients may share unfavorable stories about the drug on social media. Or warn their friends off using those treatments in the future.

Since the bill’s passage, a minuscule number of patients have actually accessed experiment drugs. It clearly needs a reexamination. 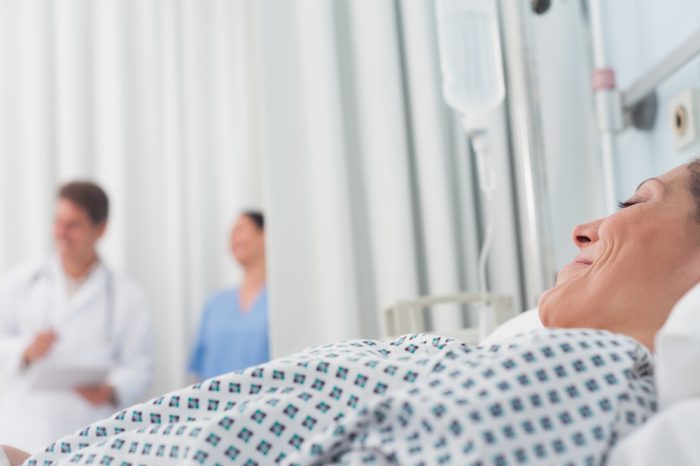 The goal of hospice care is to control patients’ symptoms and pain levels. It’s not about curing diseases, instead about giving terminally ill patients comfort and dignity during their final days.

Cannabis lowers stress and anxiety levels. It reduces pain, increases appetite, aids sleep, controls spasms, and fights nausea. In short: It combats many of the problems that plague terminally ill hospice patients. It’s a natural fit for palliative care. The overriding point here is that dying patients should not have to hire lawyers to have access to cannabis.

Cannabis May Help Manage Pain for Those Dying at Home