Some of the biggest pushes on the road to cannabis acceptance and legalization are coming from terminally ill patients.

There’s something about the pleading of dying people that can break through the hard shells of anti-cannabis arguments. It helps people see the humanity inside. Terminally ill patients who request access to cannabis products have a purity of purpose, and so little to lose. Therefore, it’s hard to combat their pleas for a death with dignity with anything but respect.

Even noted anti-cannabis crusader Alex Berenson makes concessions for terminally ill patients. He told The Marshall Project: “No one wants to deny terminal cancer patients or people with AIDS a medicine that might help them.”

Nestled within that quote is an acknowledgement that cannabis could help people. In the same interview, he more explicitly states it. “The FDA has never approved (cannabis) to treat any disease, and there is little evidence that smoked cannabis or THC extracts help any of the diseases you mention, except pain.” (Author’s note: This is not true. The FDA has approved two cannabis-based drugs to treat epilepsy. As for the assertion that there is little evidence cannabis treat anything, this site offers plenty of counterarguments.)

So if people like Berenson, who staunchly opposed increased cannabis access for sick people can be swayed by the pleas from the terminally ill, why are they otherwise so obstinate?

A man in England has been harassed by local police multiple times because he grows his own cannabis at home. The man, 80 years old, suffers from incurable stage three kidney failure.

When the medicinal cannabis he bought wasn’t strong enough to treat his pain and regular pain medicine left him unable to function normally, he did online research and realized he needed stronger cannabis. So, he grew his own.

Police got wind of his scheme and showed up at his door to take away his plants. Shortly after, he started growing again. The second police visit was tense. They promised that their next visit would come at 3 a.m. and include bashing his door in — an expense the dying man would have to pay for himself.

But through it all, he remains in good spirits. For him, it’s a simple choice. He can grow medicine on his own, harming no one and helping himself a great deal, or he can die in pain with a clouded mind.

It’s a clear-cut case of the law and its executors failing the people. He told one news outlet: “For me, this is the most moral and ethical route to take … To those who say that cannabis is an illegal drug, I say is it better to be illegally alive or legally dead?” 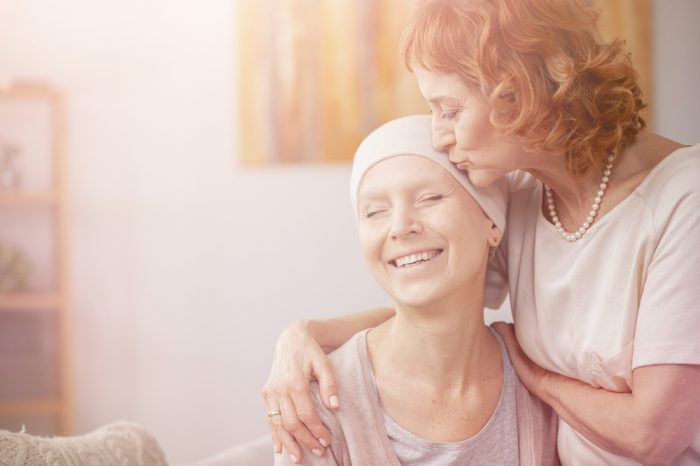 The pressure that causes Berenson and his ilk to suddenly find sympathy for terminally ill patients (but not patients suffering from chronic pain or not-yet-incurable cancer) may be down to what they see as a loss of hope.

Only if a person cannot get better do the Berenson crowd believe it’s all right to find relief in cannabis. If the patient could get better, cannabis is not appropriate. It doesn’t make much sense, but there’s evidence of this everywhere.

It’s what motivated anti-cannabis Republicans to back the “Right to Try” bill Donald Trump signed into law, which was supposed to make it easier for terminally ill patients to get access to experimental therapies. The reality hasn’t worked out, but conservatives believed in the spirit of the law.

Another way to frame the terminally ill cannabis paradox is to view it as the easing of a tension between personal health and public health. Anti-cannabis activists believe the substance is bad for public health, but must concede that dying people consuming cannabis is a personal decision, not one that impacts the broader conception of public health.

The Debate Over Bodily Autonomy

Furthermore, it’s not just those arguments. When terminally ill patients request access to cannabis, many anti-pot platforms fall flat. Dying patients are not trying to get high and shirk responsibilities. They’re also not ruining their minds and bodies; instead they’re simply asking to consume medicine that will allow them to live out their final days with dignity and without unnecessary pain.

It’s hard to say that a dying person should not have access to whatever medicine they want, especially if it’s available, affordable, and doesn’t harm those around them.

But that doesn’t mean there isn’t pushback. One of the biggest arguments against allowing dying patients to consume cannabis boils down to a debate over bodily autonomy: Should the government have rights over what people do with their bodies?

Western governments cannot coerce anyone to donate blood or a kidney to a dying person. And, while threats from right-wing theocrats continue to emerge (such as American Vice President Mike Pence’s love for gay conversion therapy), many developed nations are increasingly moving toward greater respect for the bodily autonomy of their citizens. We have laws against discrimination based on sexuality, religion, gender, and more. Laws protect reproductive rights. The U.S. reversed course on eugenic treatments — and disabled people are not barred from reproducing. Each of these wins for bodily autonomy have been hard. Conservatives opposed each and every one of them, but were eventually convinced that bodily autonomy is a good thing.

The current fight is for cannabis consumption for terminally ill patients and others — and the progressive front is winning too. It just takes time to convince the anti-cannabis crowd that denying people medicine doesn’t equal freedom. 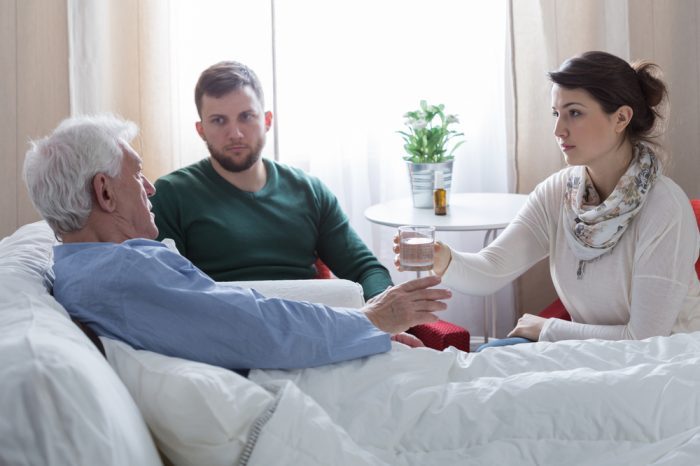 Could it Happen in the States?

The earlier example of the eighty-year-old kidney disease sufferer may seem uniquely English. However, the situation could happen any place where the police care more about following orders than protecting citizens.

Terminally ill patients should have rights over their own bodies. They should have the right to try — a real right, not just an idea of one. We should respect the dignity of their last days and work to make them comfortable, especially when so much medical evidence shows that cannabis can erase end of life pain, ease fears of death, brighten moods, and keep minds sharp until the end.

It’s about basic respect and a recognition that every one of us will face the end someday. And it’s about letting us all take that journey with grace. Famous polymath and Nobel Peace Prize Winner Dr. Albert Schweitzer once said, “Pain is a more terrible lord of mankind than even death itself.”

It’s time we took that to heart.