The true medicinal power of cannabis exists in the synergistic interplay between the wide variety of compounds within the plant.

Humans rely primarily on sight to navigate the world, but many other forms of life use smell. It’s not so easy for us humans to imagine what an intricately connected line of scent messaging might be like, but plants exist like nodes in a complex web of pheromonally-mediated communication.

Plants use terpenes for various functions. They ward off insects they see as a threat and attract others they deem beneficial to them. They even disperse terpenes into the air to serve as a mechanism to warn other plants of impending danger. Imagine a herd of leaf-eating herbivores cleaning plants of their leaves. When plants pick up on signals from others, they alter their chemistry to ensure the leaves are no longer a delicacy.

According to a study published in Scientific Reports by the Netherlands Institute of Ecology (2017), [1]Netherlands Institute of Ecology (NIOO-KNAW). (2017, April 13). World’s most spoken language is ‘Terpene’: Micro-organisms communicate with each other, and the rest of the world, … Continue reading “terpene” is the most used language in the world. Researchers in the study noted that while we’ve always known plants use terpenes to communicate, what we’ve just begun to realize is that this communication is much wider than previously thought.

The Naturally Occurring Terpenes That Form The Entourage Effect

Even in the ground beneath our feet, the bacteria and fungi use these potent hydrocarbons to hold conversations. Terpenes have even infiltrated our own culture too. Men and women wear terpene-rich after-shave or perfume on a night’s out in a (generally) subconscious effort to communicate and even manipulate an interaction with the opposite sex.

Terpenes are nature’s preferred communication medium. And just because we humans have “lost” the ability to directly perceive much of their language, that doesn’t mean they still don’t affect us.

As many cannabis connoisseurs will know, terpenes are what give cannabis flower those pungent, citrusy, fruity, earthy, and spicy scents. But what else to terpenes do for cannabis, and more importantly, our health?

There are over fifty thousand known terpenes that permeate all of nature, of which at least two hundred exist in cannabis. When ingested, these terpenes amplify the medicinal benefits of many cannabis chemovars. 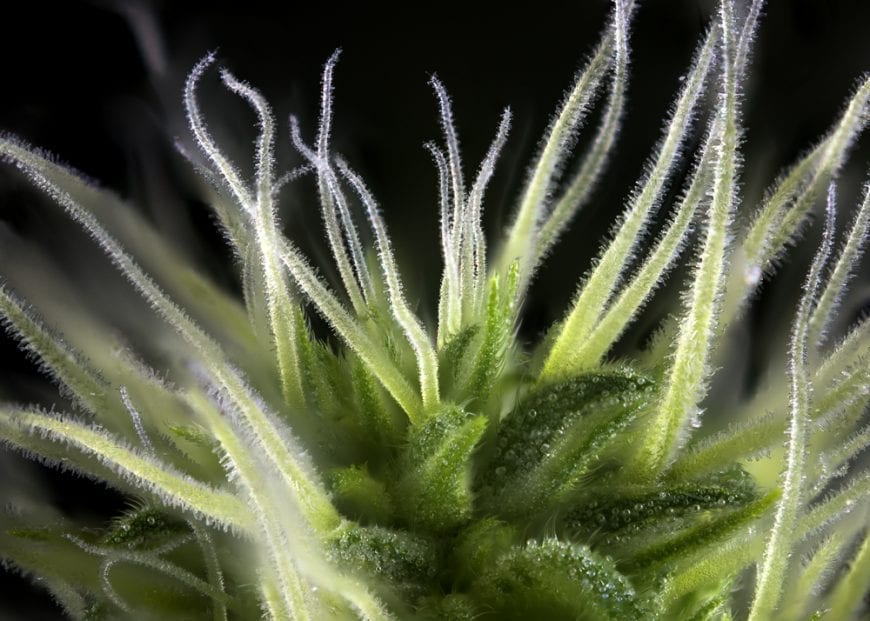 The Medicinal Power of Terpenes

Taming THC, a study published in the Journal of Pharmacology (2011), [2]Russo E. B. (2011). Taming THC: potential cannabis synergy and phytocannabinoid-terpenoid entourage effects. British journal of pharmacology, 163(7), 1344–1364. … Continue reading investigated the potent synergies that exist between terpenes and other compounds in the cannabis plant.

Dr. Ethan Russo, who led the study, refers to these potent synergies as the “entourage effect.” It’s a term that serves to account for the effects associated with consuming hundreds of compounds in the cannabis plant simultaneously. Where individually they may exhibit some medicinal effect, collectively, their effects intensify.

Terpenes and the Entourage Effect

The Taming THC study provided an in-depth analysis of the medical function that many of the common terpenes possess when synergized with other compounds.

For example, pinene, when taken alone acts as an acetylcholinesterase inhibitor. This means that it helps slow the breakdown of acetylcholine. This in turn can lead to increased short-term memory benefits. When taken in conjunction with THC, the ensuing synergy helps the “more desirable” effects of THC to shine through while suppressing the tendency for THC to induce poor short-term memory.

Researchers also noted the synergistic effects of certain terpenes with CBD. When using CBD as a treatment for social anxiety disorder, the anxiolytic effects of both limonene and linalool contribute to the benefits offered by CBD.

Another terpene, myrcene, commonly induces drowsiness. When combined with THC, it often leads to the so-called “couch-lock” effect. For those with a tendency to succumb to the comfort of a sofa after medicating, then high-THC chemovars rich in myrcene may be best avoided. 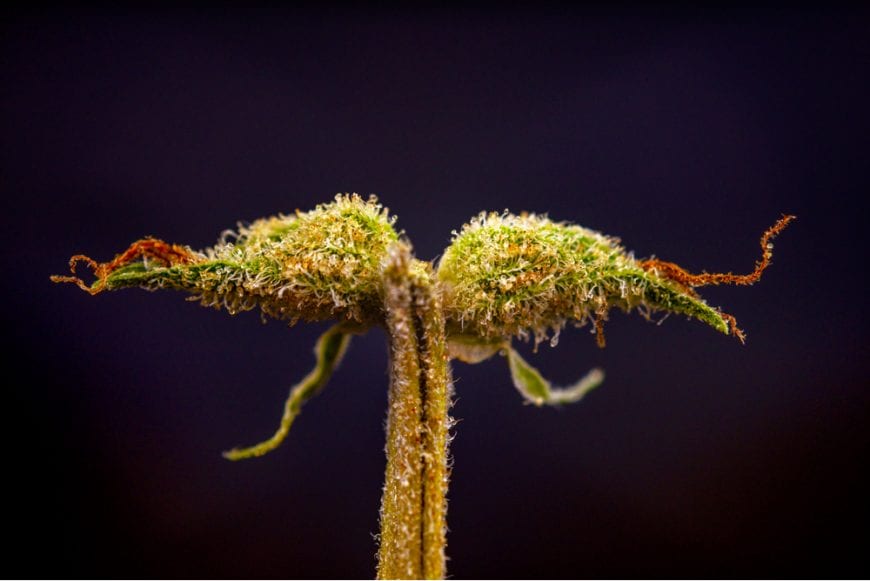 Combinations of compounds within the cannabis plant may help combat specific conditions. According to researchers, myrcene, with its sedative properties, when coupled with pinene (increased alertness), and caryophyllene (for CB2 agonism), may help in the treatment of addiction.

And when it comes to improving sleep, researchers found further useful synergies. By combining the terpenes caryophyllene, linalool, and myrcene, which can exhibit pain-relieving, anti-anxiety, and sedative effects, they may promote better quality sleep as opposed to a merely hypnotic effect.

Humankind is slowly rediscovering the intelligence that exists within the web of nature. As we do, we also begin to see our place within it. By humbling ourselves to a plant, we stand to collectively benefit from the wisdom it can impart.

Western society’s traditional take on nature is often predicated on an understanding of survival of the fittest. However, it turns out that it may not always be the best method of survival. Rather than crushing and dominating nature, the secret to thriving can sometimes lie in integrating ourselves thoroughly into preexisting structures, just like plants do.

Terpenes are the antenna that may tune us into the logos of the natural order. And while civilization at large may be somewhat disconnected, the healing required to reintegrate is underway. Terpenes are powerful medicine that, when synergized, exhibit complex actions that function across many levels.

Scientists still don’t understand the full extent of their benefits. But, the future is certainly bright around their healing potential.