In spite of a recent change to Texas weed laws, one group has been left out: veterans suffering from PTSD.

Cannabis activists have been working for years to convince the legislature to make PTSD an approved condition for medical cannabis in Texas. However, the recently-passed House Bill 3703 fails to deliver for the state’s veterans. Instead, the bill expands Texas’ medical cannabis law to include a handful of conditions, including neurodegenerative diseases, terminal cancer, and autism.

Texas’ medical cannabis law (The Compassionate Use Act) was enacted in 2015. It was one of the least-comprehensive in the US, and only allowed medical cannabis for sufferers of intractable epilepsy.

However, this year’s legislative session saw two bills pass the House of Representatives. These included  HB 1365, which would increase the scope of the medical cannabis program to permit treatment for PTSD and other “debilitating medical condition[s.]”

Unfortunately for Texas vets, the Senate didn’t even debate HB 1365. They instead favored HB 3703, the more restrictive bill, which they chose to enact.

The sponsor of HB 1365, Eddie Lucio III, told the Texas Observer that his “heart broke” when PTSD was excluded from the new Texas weed laws. “I don’t think I’ve faced a greater disappointment in my seven terms in office,” he told the Texas Observer. Lucio has been a tireless advocate for medical cannabis in the last several years. He has promised to introduce legislation to include veterans in the 2021 legislative session.

The state’s failure to get veterans the medicine they need comes against a backdrop of opposition from Texas law enforcement, including the Rural Sheriffs Association of Texas. The association claims cannabis lowers IQ, encourages criminality, is addictive, and that smoked cannabis has no medical benefits. 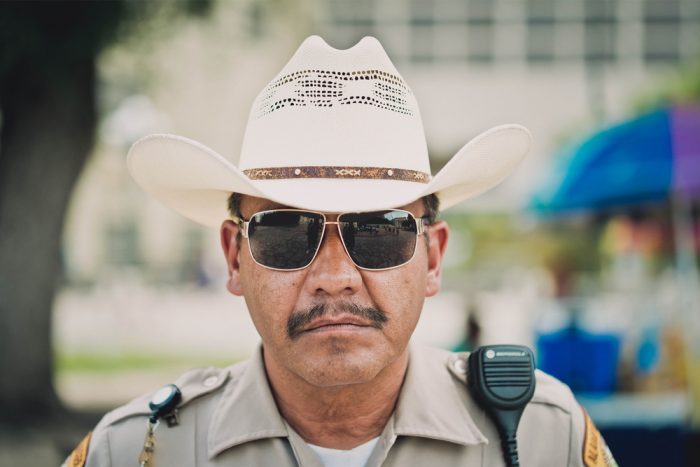 Some sheriffs, such as Brown County Sheriff Vance Hill are, in their own words, “working desperately” to prevent the passage of bills “to allow the growing of marijuana, decriminalizing possession of marijuana and drug paraphernalia.”

Cannabis consumers in Texas are still taking a big risk; in spite of some members of the law enforcement community seeing sense. In 2016, 12% of the United States’ cannabis arrests happened in Texas, and 98% of those were for possession. Texas bail costs can be prohibitive. Offenders face sentences of 180 dails in jail for possession of less than two ounces.

Cannabis activists lament the heavy handed approach the goverment takes to Texas weed laws. One such activist is the director of Texans for Responsible Marijuana Policy, Heather Fazio:

“It’s disappointing to see some law enforcement officers actively working against the vast majority of Texans who want to see marijuana laws reformed,” Fazio says in The Appeal.

“Continuing to arrest 60,000-plus annually for simple marijuana possession is irresponsible. It’s time for a change. The people of Texas know it and, increasingly, lawmakers are ready to take action.”

What is PTSD? And How Can Cannabis Help?

PTSD is an anxiety disorder that typically develops following traumatic events, such as serving in armed conflict, or after a violent assault. It has one of the most common approval rates in states with medical cannabis programs.

PTSD is a complex disorder. The biological basis of the condition is poorly understood. Conventional treatments are often ineffective. However, many veterans find cannabis can be incredibly helpful in treating some of the more distressing symptoms, such as anxiety, difficulty sleeping, nightmares, and hyperarousal.

Endocannabinoids, the naturally occurring cannabinoids in the human body, link to modulation of the hypothalmic pituitary adrenal (HPA) axis. This is a central component of the body’s stress response. It has lead some scientists to suggest that susceptibility to PTSD and related disorders may relate to a deficiency in the body’s endocannabinoid system. Such a deficiency could explain why many veterans find medical cannabis very helpful in treating their symptoms.

RELATED  Cannabis Better Than Depression Meds for This Vet

While scientists are still decoding the precise mechanism by which medical cannabis can help veterans with PTSD, patient experiences speak for themselves.

A 2014 study conducted by psychiatrists in New Mexico analyzed the results of 80 psychiatric evaluations of patients who applied to the New Mexico Medical Cannabis Program. Researchers used the Clinician Administered Posttraumatic Scale (CAPS) to score symptoms. They found a 75% reduction in CAPS symptom scores in patients using cannabis.

This is heartbreaking news for veterans in Texas. It looks like the state of Texas is hanging those hoping for medical cannabis relief out to dry. At least until the next legislative session in 2021, anyway. In the meantime, patients bearing the scars of their honorable service must live with the threat of severe criminal penalties.

The Poor In America Are Evicted From Federal Housing For Cannabis