The Facts On THC and Dementia

Is it true that a ‘bud a day’ keeps Alzheimer’s away?

Cannabis may hold the key to defeating Alzheimer’s disease. Research from the Stanford University School of Medicine recently found a key component in the pathology of Alzheimer’s. This neurodegenerative disorder prevents endocannabinoids from functioning in the brain. The new clue puts full spotlight on cannabinoid therapy and, in particular, the link between THC and dementia.

The study, published in the Journal Neuron, focuses on the peptide A-beta, which has long been suspected to play a major role in causing Alzheimer’s. Peptides are chains of amino acids created naturally in the body. They help to regulate many bodily functions, such as growth, appetite, metabolism, stress, etc.

The production and depositing of A-beta in the brain is widely believed to cause Alzheimer’s. Once enough A-beta gathers in the brain, it begins to form plaques that are the hallmark of this devastating form of dementia.

It’s a good question — and one that many scientists think is worth answering. There is evidence that cannabis protects brain plasticity in animals (its ability to gain knowledge) and therefore might be a breakthrough drug in treating the disease.

But could it do more than just slow down the progression? Could you keep Alzheimer’s disease at bay — and your mind sharp — by toking up on the regular?

Let’s look at the facts.

Endocannabinoids in the Brain

Before we discuss how THC and dementia are related, let’s look at how the human endocannabinoid system works.

When these pyramidal cells fire, such as when you were first learning your multiplication tables or when you commit a new name to memory, they send out endocannabinoids. The endocannabinoids jump into action by binding with receptors in the brain’s hippocampus and shutting them down. This is what allows for focus and memory storage. Endocannabinoids let our brains filter out the barrage of “noise” it receives every second of the day in order to focus on what’s important.

It’s not possible to pay attention and recall everything. Endocannabinoids help sort that for you. These are like highlighters for study notes. When our brains focus on the important stuff, we can learn new things, make new memories, and develop new skills. 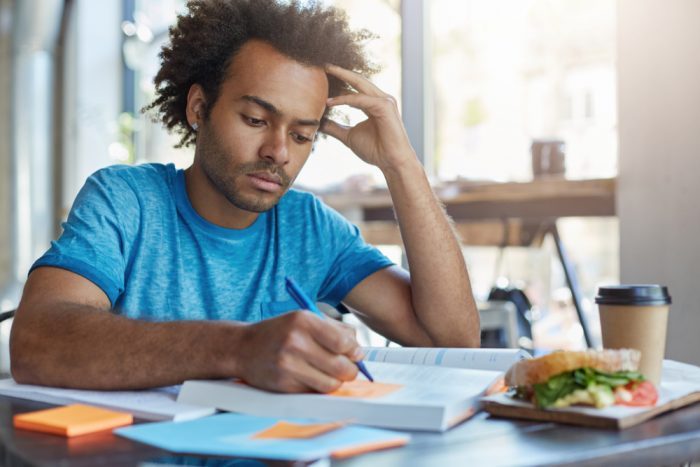 The Link Between THC and Dementia

Without functioning endocannabinoids, we’re unable to separate the important information from the non-essential stuff. This means we have trouble learning new information or forming new memories. The culprit for this is A-beta.

A-beta blocks the receptors in the hippocampus from interacting with endocannabinoids. A little bit of this obstruction is fine, but too much A-beta stops our brains from functioning well and culminates in Alzheimer’s disease.

THC, a natural cannabinoid found in cannabis, also interacts with receptors in the body’s endocannabinoid system. Cannabis creates some of the same outcomes in the brain that occur when endocannabinoids are activated. Sadly, because of nearly a century of prohibition, there’s still much about this relationship that we don’t understand. We know cannabinoids interact with the endocannabinoid system, but how this can be manipulated in the development of an effective treatment for dementia is still not known.

A Closer Look at Alzheimer’s

There could be an inverse relationship between THC and dementia, meaning that THC could actually prevent or help to slow down neurodegenerative diseases.

THC floods the brain’s input center and lights up the endocannabinoid system. That system helps regulate things like our appetites, memory, and pain perception. That’s why cannabis is so great at helping those things. 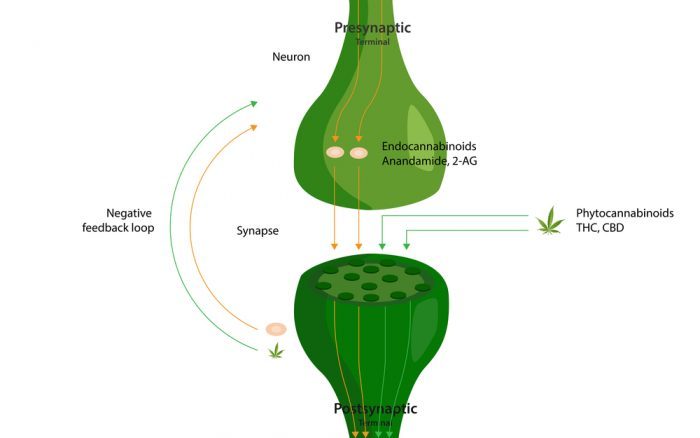 This extra juice seems to simply go everywhere, indiscriminately turning up the function of the endocannabinoid system. And while that could be a good way to “re-start” pieces of the brain that are beginning to get “plaqued up,” doctors probably won’t see cannabis as a treatment for or prevention of Alzheimer’s disease until it can be used more precisely.

The ideal would be to use the understanding of the link between THC and dementia to our advantage and uncover exactly what cannabinoids do to the endocannabinoid system, then determine under which conditions it can be manipulated. This would allow medicine to trial ways to prevent Alzheimer’s from developing in the first place. As is often the case, more research is required.