THC may block the formation of amyloid plaques.

Movies like The Notebook and Away From Her teach empathy for the heartbreaking consequences of Alzheimer’s disease and dementia. Awareness campaigns have done much to extend this empathy and raise money for research efforts. When you consider that 1 in 10 people over the age of 65 suffer from dementia, knowing how to effectively treat or stop the onset of this disease is critical.

Alzheimer’s, Dementia, Amyloid Plaques, and Combating Cannabinoids in the Brain

A study from the Salk Institute has found that cannabinoids remove the plaques that are a key cause of brain destruction in Alzheimer’s. These amyloid plaques (proteins) build up in the brain, disrupting cell communication and nerve transmission. Their build up results in memory loss, followed by loss of cognitive functioning, social awareness, and language. The second way that Alzheimer’s takes hold is through the development of tangles, a fiber masses of protein, called tau. Normally, tau ensures that nutrients are efficiently shuttled around the brain. When Alzheimer’s hits, however, the brain’s tau collapse and cannot transport nutrients to the right places. And, when brain cells cannot get the nutrients needed, they inevitably begin to die.

If you’re familiar with the cannabis conversation, then you’ve likely heard that cannabis reduces inflammation. You’ve also learned that cannabinoids support the body’s endocannabinoid system with receptors throughout the central nervous system, immune system, and also affect hormone levels. So, it won’t be surprising to find out that cannabis can also play a role in neurodegenerative diseases.

Alzheimer’s is currently believed to be irreversible. 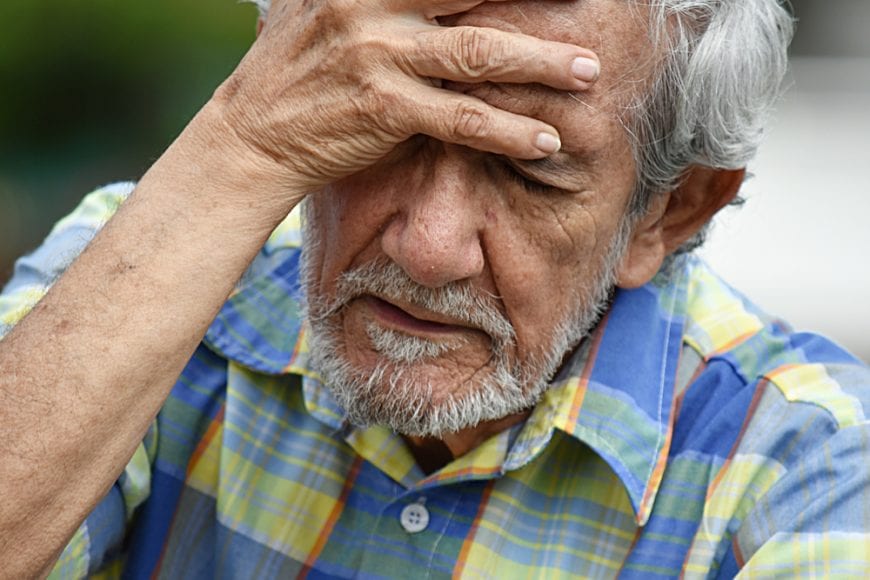 Studies have shown that cannabis, and specifically THC, may be able to help treat Alzheimer’s. When the bloodstream introduces THC into the brain, it triggers CB1 and CB2 receptors.  These receptors link to vital cognitive functions, such as pleasure reception, coordination, time perception, thinking, and memory. THC then goes on to bind CB1 and CB2 throughout the central nervous and immune systems in the body.  This makes cannabis more effective in treating a wide variety of conditions.

RELATED  Are There Anti-Cancer Benefits to the Terpene Humulene?

When THC interacts with the brain, it appears to block the enzyme that is responsible for the production of beta amyloid. Though the study so far has only been conducted on neurons in the lab, it’s promising for Alzheimer’s and cannabis research.

Furthermore, THC, as you’ll remember, reduces inflammation. Inflammation is both good and bad. Minor inflammation is important for the body to fight off infection from injury or to fight of pathogens that enter the blood stream. But, too much inflammation and your body will quickly descend into chaos. Fortunately, THC is an anti-inflammatory

THC can inhibit the inflammatory response in the nerve cells. Researchers originally assumed this to be a response from the immune-like cells of the brain. However, we now know it is in fact the nerve cells themselves. Other studies have shown how inflammation encourages the production of beta amyloid plaques and tangles, which, as shown above, appears to be the cause of Alzheimer’s.

If THC can reduce inflammation, it can hinder neuronal cell death and encourage the destruction of beta amyloid. 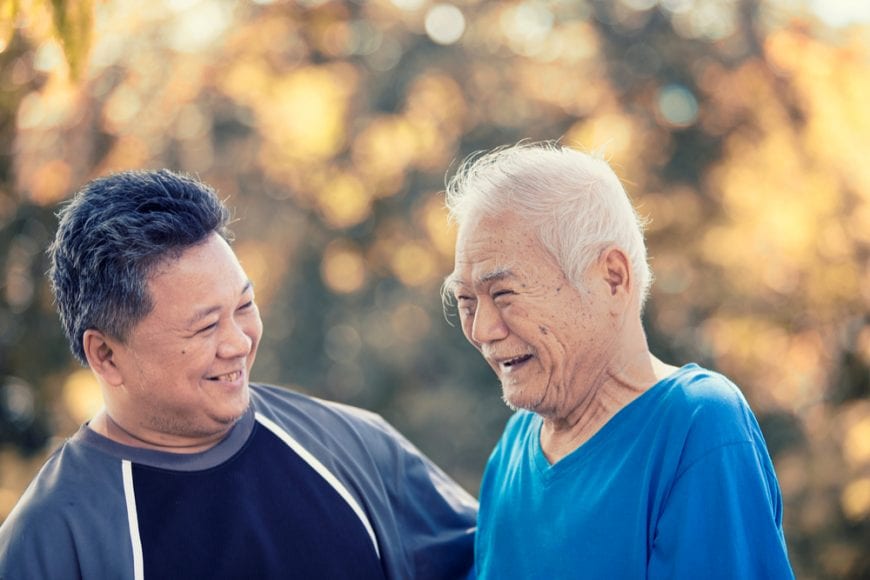 This is very exciting news! If this study proves correct then researchers are on the scent of an effective treatment, perhaps even a cure.  The key hindrance to researchers is access to high quality cannabis and the ability to conduct research unhindered by government regulations surrounding the scheduling of cannabis.  At the time of writing cannabis remains a Schedule I substance in America, meaning it has no medicinal value and carries a high risk of abuse. It’s time for that to change.

Aside from their diagnosis, stigma is one of the major issues those fighting dementia face.

After all, dementia is not one single disease, it covers a broad spectrum of symptoms. Further, symptoms can be caught early or late. This means some patients may have significantly lighter symptoms, and still be highly functioning members of society. However, not all depictions of dementia in the media or otherwise have caught up to this reality.

RELATED  Weed Nuns: When Cannabis is Your Religion

This means many of those living with dementia feel alone, isolated, and unhappy. Some academic research has even studied the phenomenon. Thankfully, studies do prove that cannabis consumers feel less alone, and less bothered, in situations of social isolation. This means those living with an Alzheimer’s or dementia diagnosis could highly benefit from cannabis.

If you are feeling isolated, alone, or stigmatized, please reach out to your local Alzheimer’s society. Further, if you know someone living with the disorder, reach out to them, even just a brief phone-call helps.

Study Looks at Cannabis for Agitation and Violence in Dementia Patients