THC Beverages Can be Healthy and Medicinal

With a thirty-minute onset, potent THC beverages offer a different way to medicate.

THC beverages differ greatly from flower and concentrates, and many experience different effects compared to edibles. But how do we absorb them, and how much can patients consume?

Cannabis-infused beverages are a delicious way to enjoy cannabis without subjecting your throat to the harshness of hot vape or smoke. Most THC beverages will not have the cannabis taste, this is something that results in a pleasant-tasting product for the majority.

Cannabis beverages are in themselves a remarkable achievement by the drink producers. They have managed to make a beverage from something that doesn’t actually dissolve in water.

Two facts should prevent the existence of THC beverages: Cannabinoids are fat-soluble; Lipids and water don’t mix. But, after years of experimentation, cannabis beverages went from something that resembled a salad dressing (and tasted like bong water) to a clean-tasting product that may well pave the way for the next frontier in the beverage world.

While most people know just how many alcoholic drinks they can tolerate, many might not know how much THC. How does it work with THC beverages? Furthermore, how much is safe to consume, what is the onset time, and how long do the effects last?

How do THC Beverages Metabolize in our Bodies?

Cannabis beverages metabolize in the body in much the same way edibles do.

Just like edibles, consuming cannabis in liquid form can result in intense effects above and beyond what many experience from smoking or vaping flower and concentrates.

After consumption, cannabis-infused drinks make their way through the stomach where they mix with gastric juices. THC beverages can often result in quicker onset times. This is because the assimilation of the THC is not limited by how quickly gastric fluids get to work, given that the active compound is already in liquid form.

It’s in the small intestine where the THC absorption occurs. After this, it makes its way to the liver where it transforms into a more potent form of THC. 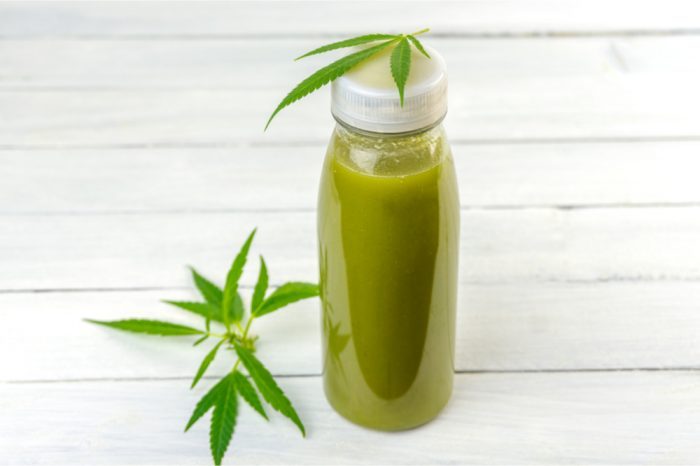 The liver is responsible for the stronger effects noted with THC beverage consumption. It converts the Delta-9-THC present in the beverage into a compound known as 11-hydroxy-THC.

A study published in the Journal of Clinical Investigation (1973), attempted to quantify the response of a control group to both Delta-9-THC and 11-hydroxy-THC. Researchers noted a marked difference in both the onset time and the intensity of the response, with the 11-hydroxy-THC group noting stronger effects.

Anyone experienced with edibles will attest to the fact that this form of THC can exhibit much more potent and long-lasting effects. Taking that into account, here’s how to dose a drink.

Commercially available THC beverages are marketed as mildly intoxicating. They serve to replace the need for alcohol, and, in effect, could act as a social lubricant.

Tolerance has a lot to do with how much THC hits the receptor sites in the body. Those accustomed to medicating with consistent higher doses of THC may find they tolerate several ten-milligram beverages. Those less accustomed, however, may find themselves overwhelmed with the typical adverse side effects of too much THC — anxiety, paranoia, and stress.

While this experience is all too common with edibles, cannabis-infused beverages have the advantage of a faster onset time — meaning that consumers generally receive a fair warning before going too far.

THC beverages provide an excellent alternative for patients who seek fast relief. Consumers should begin to feel the effects within thirty minutes.

The effects may not last as long as an edible, however. Due to the quicker absorption, consumers can expect the effects to last between two and four hours. However, just like edible consumption, the duration of the effects can become prolonged on higher doses, lasting up to eight hours, plus in some cases. 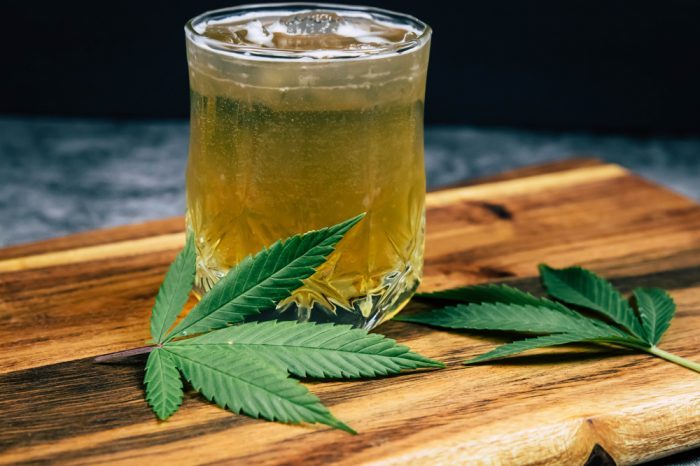 One question that comes up time and time again is if food in the stomach helps or impedes absorption. While many assume that an empty stomach paves the way for maximum absorption, the science suggests otherwise.

A study published in the European Journal of Clinical Pharmacology (2013), investigated how cannabinoids are absorbed in subjects who ate a meal before administration versus those in a fasted state. In the study, subjects received ten milligrams of THC and ten milligrams of CBD on two separate occasions. Once, the subjects fasted, and once they were tested after consuming a high-fat meal thirty minutes prior to administration.

This finding led researchers to conclude that the bioavailability of THC was 2.8 times higher following a high-fat meal versus a fasted state.

THC is a Sipping Drink

Individuals vary enormously in their ability to handle THC. Several factors play a role, but as always, the key is to know thyself. Sip slow and observe. After all, it’s no fun ending up in a hole for eight hours after consuming too much THC.