This may explain why THC can chill you out OR make you paranoid.

If you are anything like I am, your relationship with cannabis has evolved over the years. In college, I dabbled recreationally. In my twenties, I had to stop because it was no longer pleasant for my anxiety. Now, in my thirties, I’m experiencing it all over again for its medicinal properties. What I know now, is that the experience depends entirely on the dose. A small dose offers one experience, and a high dose provides one entirely different. While this differs for everyone, in my case, a low dose means relaxation, and a high dose means panic. Does this sound familiar?

Cannabis contains over one hundred different cannabinoids, many of which are biphasic in nature. Biphasic means “having two phases,” and when it comes to describing medications, it illustrates a dose-response curve. A low dose has one effect and a higher dose another. Each end of the dose curve may trigger opposite experiences.

As the only known intoxicant in cannabis, biphasic THC elicits different responses for different people. In tiny doses, I find it relaxing and capable of keeping my anxiety in check (especially when combined with CBD). In a medium to high dose, it tends to trigger panic, with paranoia creeping in. THC is a measurably biphasic compound, but this strange effect is not unique to cannabis. 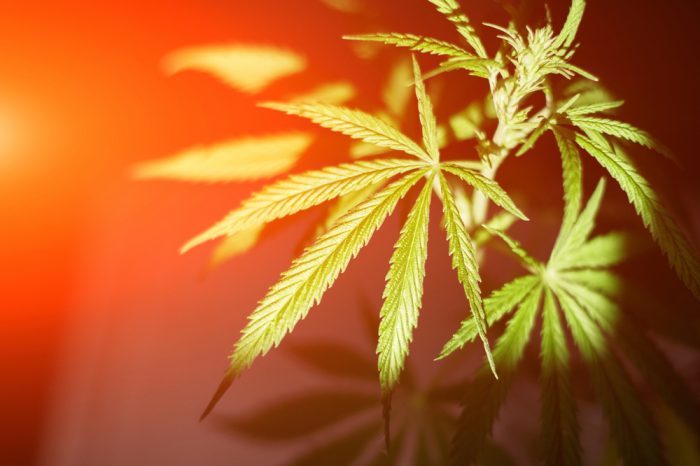 What Else is Biphasic?

The biphasic effect, also called hormesis, was initially described hundreds of years ago by a fellow named Paracelsus (1493‐1541). Paracelsus spent much of his career working out differences between therapeutic and toxic compounds. He described this strange two-faced effect poetically: “All things are poison and nothing is without poison, only the dose allows something not to be poison.”

He wasn’t wrong. So many compounds beyond cannabis have this strange pendulum of effects. For example, did you know chocolate, while delicious in reasonable amounts is also toxic in high doses because of its theobromine content? You’d have to eat over 700 dark chocolate bars, but eventually, the theobromine would reach hazardous levels.

Even elements we need to survive are harmful enough in high doses — water, essential vitamins, and nutrients. And perhaps unsurprisingly, there are many biphasic pharmaceuticals, including anti-anxiety medications, anti-seizure drugs, and medicines that can affect learning and memory. Interestingly, some of our own naturally produced endocannabinoid chemicals are also biphasic — creating one effect at one dose and a totally new effect at a higher dose. 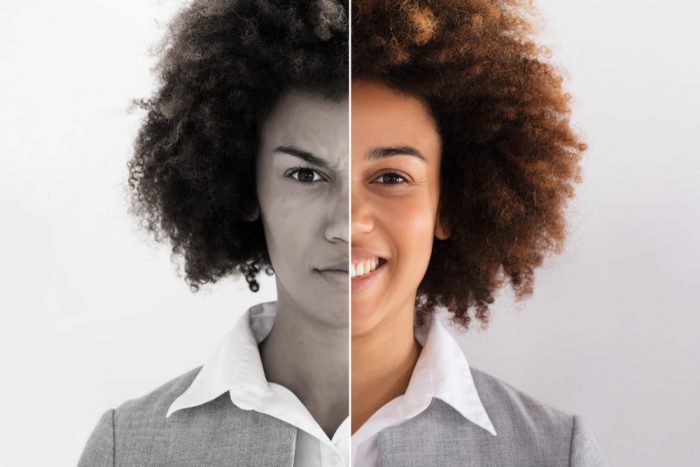 The Biphasic Effects of THC and Cannabinoids

Beyond my personal experience of the anti-anxiety versus anxiety-triggering effects of THC, are there any other ways through which we can see the two-faced effects of cannabis?

In one study — published in the Journal of Clinical Investigation (2005) — aiming to answer this question, researchers subjected CB1 knockout mice (mice without CB1 receptors) to cannabinoid therapy. Cannabinoids (plant-based or otherwise) stimulated hippocampal neurogenesis or reactivation of the missing CB1 receptors. The results of this study have since spawned a myriad of new research on cannabis for the treatment of depression.

An earlier study — published by the American Society of Biological Chemists (2002) — seemingly refuted the hippocampal neurogenesis claims. That is until you looked at dosage. In this second study, this time on lab cultures, application of cannabinoids produced a degenerative effect. The difference between the two experiments was dose. As one analysis put it, “it is evident that at low concentrations (up to 1 μmol/L), cannabinoids can induce neurogenesis, while at higher concentrations, neurogenesis is impaired.”

Neurogenesis is only the tip of the iceberg when it comes to the biphasic effects of the plant. Did you know some experts now suggest cannabis may improve cognitive function? I don’t know about you, but even I have always assumed cannabis triggers short-term memory loss. As well as temporarily impacts cognitive function. But, this long-held assumption about cannabis is starting to crack.

Research is now showing us that cannabis may actually improve brain function and memory when administered at low doses on a daily basis. In a study of old lab animals, THC improved neurological function instead of decreasing it.

Furthermore, new theories are developing about THC’s usefulness for the treatment of Alzheimer’s Disease. At a precise dose, it inhibits an enzyme called AChE. This enzyme is specifically related to the progression of Alzheimer’s disease. When compared to more conventional medications for Alzheimer’s, THC has a measurably stronger inhibitory effect over this enzyme.  The effects of biphasic THC extend into memory as well. Low doses do not seem to impair recollection, while medium to high doses have a strong amnesiac effect.

For many people, it seems logical to assume that medicines, including cannabis, would work in a consistent and predictable way. If you take a little of something, it triggers a biological reaction. When you take more of it, won’t it just create a stronger response? This appears linear and rational, but it’s not how many therapeutic compounds work in the real world.

Today we are more aware of the dose-response curve — the biphasic effect. A little cannabis seems to have anti-anxiety, anti-depressant, and other qualities, consuming a lot may have the opposite results. Learning to understand how to dose correctly, without crossing from one end of the dose-response curve to another, is valuable if you want to use cannabis for medicinal purposes.