Anti-legalization proponents worry over THC-induced psychosis, but its action could be quite the opposite.

Even in a country like Canada, where recreational and medical cannabis is legal, cannabis-induced psychosis remains is a specter haunting patients. It was even recently blamed for the beheading of a father by his son. Yet, some doctors are reporting the opposite. Based on experience, some physicians report THC for psychosis treatment may actually be beneficial.

Doctors incorporating THC into their practice aren’t the only ones seeing value in using small doses of THC for psychosis. There are also published case studies and peer-reviewed research which support its use. But, the mainstream media and policymakers largely ignore the scientific and physician support of THC for the treatment of psychotic disorders. What is going on?

The (Many) Assumptions About Cannabis and THC for Psychosis

As the recent coverage of a beheading in the Muskoka region of Ontario, Canada proves, cannabis-induced psychosis captures headlines. However, there is not a clear cut connection between psychotic episodes like the one in this tragic story and cannabis consumption.

For decades, researchers have been trying to understand the relationship between cannabis consumption, schizophrenia, and psychosis. Does cannabis cause psychosis? Or does it only serve to agitate previously undiagnosed mental health issues?

In a concise summary, published in Current Psychiatry Reports (2019), “The evidence for cannabis acting as a causal factor for schizophrenia has so far not been established.” This is despite a significant body of research on the subject.[1]Hamilton, I., & Monaghan, M. (2019). Cannabis and Psychosis: Are We any Closer to Understanding the Relationship?. Current psychiatry reports, 21(7), 48. https://doi.org/10.1007/s11920-019-1044-x

The article, “Cannabis and Psychosis: Are We any Closer to Understanding the Relationship?” outlines how most of the research on cannabis and schizophrenia falls into three categories. First, cannabis might trigger the onset of schizophrenia. Second, there may only be “common factors” connecting psychosis and the consumption of cannabis (not a causal link between the two). And third, cannabis might even be beneficial for reducing the challenging symptoms of the disorder.

The authors point out several problems with the research thus far. For example, most research leans towards a biological explanation, instead of a social connection. Furthermore, researchers have focused extensively on white men from western countries, which ignores much of the demographic. In conclusion, “As cannabis use and the development of psychosis are both influenced by social as well as biological factors, it is important that we keep pursuing a balanced blend of enquiry (sic).” 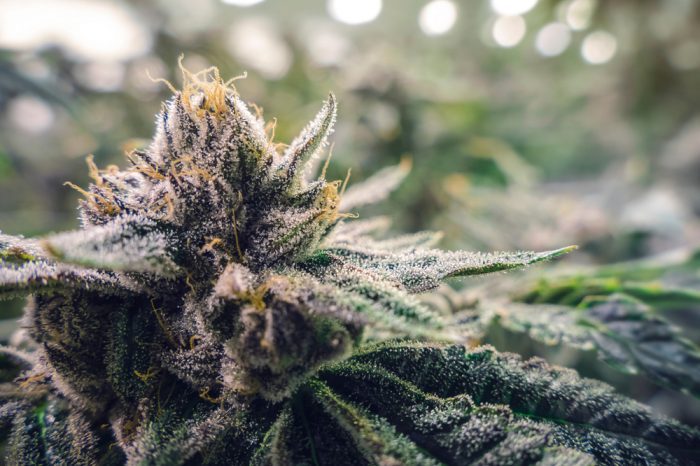 What doctors are reporting about THC for psychosis is much different from what the media sensationalizes. RxLeaf has heard from several physicians who have seen much more benefit from THC for psychosis than with CBD. With certain patients, CBD is helpful as daily baseline treatment, but THC helps manage sleep and inspire creativity.

Peer-reviewed research supports the reports from these physicians. In 2009, the Journal of Clinical Psychopharmacology published findings from a group of physicians who treated a small group of patients with chronic schizophrenia with synthetic THC. The authors reported, “This improvement seems to have been a reduction of core psychotic symptoms in three of the four responders and not just non-specific calming. There were no clinically significant adverse effects.”

Perhaps surprisingly, this report is not the first positive result of THC for psychosis.[2]Schwarcz, G., Karajgi, B., & Mccarthy, R. (2009). Synthetic Δ-9-Tetrahydrocannabinol (Dronabinol) Can Improve the Symptoms of Schizophrenia. Journal of Clinical Psychopharmacology, 29(3), … Continue reading

In 2003, a team of researchers from Emory University School of Medicine in the U.S. published, “Lower negative symptom scores among cannabis-dependent patients with schizophrenia-spectrum disorders: preliminary evidence from an African American first-episode sample.” They looked at the association between cannabis consumption among eighteen African American patients with a first hospitalization related to psychosis.

They found better symptom management among those patients who relied on cannabis. These patients had better results than those who did not report cannabis dependence.[3]Compton, M. (2004). Lower negative symptom scores among cannabis-dependent patients with schizophrenia-spectrum disorders: preliminary evidence from an African American first-episode sample. … Continue reading

The many publications and physician reports about THC for psychosis throw into question the commonly held assumptions about cannabis and schizophrenia. It’s impossible to conclude if cannabis increases the risk of schizophrenia, improves symptoms, or has a more complicated relationship. 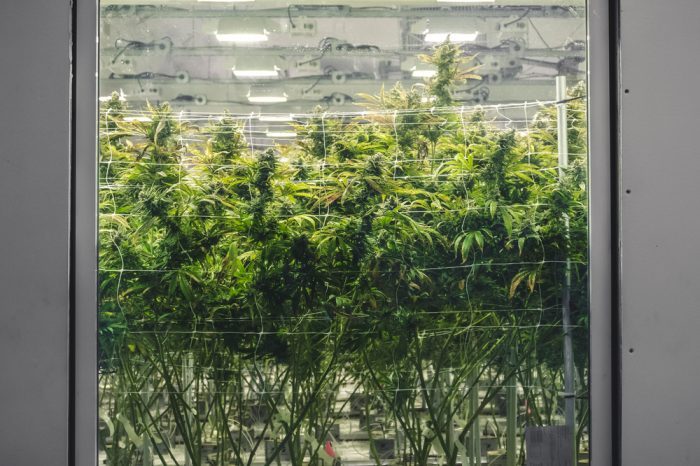 What Patients Need to Know About Treating Schizophrenia and Psychosis

Patients or the families of patients with schizophrenia need to know that the jury is still out about the role of cannabis in this mental health disorder. Many variables lead to its development. Genetics, biological differences, and cultural influences may all affect the onset, and perhaps, the role of cannabis.

Unlike less severe disorders, patients with schizophrenia who wish to explore the benefits of cannabis for symptom reduction should always work closely with their physician and psychiatrist. Cannabis can impact the strength of certain pharmaceuticals. Balancing cannabis and a holistic treatment plan is no easy task. Plus, every patient might react differently to CBD, THC, or combination of the two.

Some patients may see therapeutic benefit from THC for psychosis. However, this is not a hundred percent guarantee – no drug is. There are so many possible combinations of treatments and medication for schizophrenia. So, it’s incredibly important for patients to work closely with their doctors when incorporating cannabis.