New evidence suggests that CBD may interact positively with gut health to improve mood and wellness.

The interplay between the endocannabinoid system and the gut biome, which is helped along by THC free CBD oil, appears to have a profound effect on both physical, and mental health.

CBD has shown promise in helping manage the symptoms of inflammatory bowel diseases, such as Crohn’s and diverticulitis. However, new applications from healers like Dr. Aimée Shunney and others are investigating, with THC free CBD oil, just how deep the connection between cannabinoids and gut health goes.

Recently-published information, recorded in Alternative Therapies in Health & Medicine (2019), links THC-free CBD oil to intestinal health. It does this through “fascinating mechanisms” that alter how the gut functions. This addresses not only gastrointestinal issues, but thanks to the gut-brain connection, a number of others concerns as well.

Of all the health crazes right now, the two most popular may be CBD products and gut health. It may seem only too perfect that these concepts relate to each other. Still, the evidence linking gut health and CBD products is too strong to ignore.

These two matters represent the latest in scientific research which is only now discovering the potential of cannabinoids and the important role our gut plays in overall human health. It makes sense that the two may have links and be discovered at the same time.

Gut health researchers believe that eating whole-plant foods, probiotics, and fermented foods can benefit the human body. These benefits are both physical and mental. They are physical because the body uses gut bacteria to help digest food and convert it into energy. And mental health is benefited because the gut contains the second largest concentration of neurons in the body, second only to the brain.

Importantly, CB receptors — places in the body where cannabinoids attach and, through them, interact with our systems — are also present all over the brain and the gut.

The endocannabinoid system plays a significant role in many body systems, including the gut. Here it may help to regulate digestion, nausea, inflammation, and gastroprotection, among other potential benefits.

Recent research, such as this article published in the journal Pharmacology & Therapeutics (2010), focus on how the endocannabinoid system may alters gut health and how, through those changes, it improves feeling and behavior.

For example, a recent scientific discovery highlighted how gut bacteria can make people overweight or underweight. The makeup of the gut biome affects how bodies decide to store fat, feel hungry, and even how much glucose people carry in their blood. Change the gut biome, and entire lives turn around.

It just so happens that cannabinoids, specifically THC free CBD oil, have a mighty effect on the endocannabinoid system residing in the gut. A study, published in Best Practice & Research Clinical Endocrinology & Metabolism (2009), found that CB1 receptors are responsible for the “hunger signals” sent to the brain, and play a major role in regulating energy levels. And, since CBD interacts directly with CB1 receptors, CBD oil has great potential to affect both our energy and feelings of hunger.

In other words, taking the right dose of CBD could actually help people lose weight and have more energy. It’s just a matter of matching the prescription to the patient.

Both THC and CBD interact with the body’s gut biome, but they do so in different ways. Science doesn’t fully understand either at this point, but it’s clear that the differences are important.

One simple difference is to understand the condition commonly known as “the munchies.” While it may be a stoner stereotype, science defines it as an interaction between CB1 receptors in the gut, and THC. Specifically, “the munchies” are THC interacting with the stomach and intestines’ endocannabinoid system to increase the hunger signals the gut transmits to the brain.

Those signals make people feel hungry, even when they’re not. Hence, the munchies.

Unfortunately, a healthy gut biome doesn’t require junk foods. They’re actually detrimental. So, while full-spectrum cannabis oil can produce many of the same benefits as THC-free CBD oil, it comes with drawbacks that can make achieving perfect gut health a bit harder. 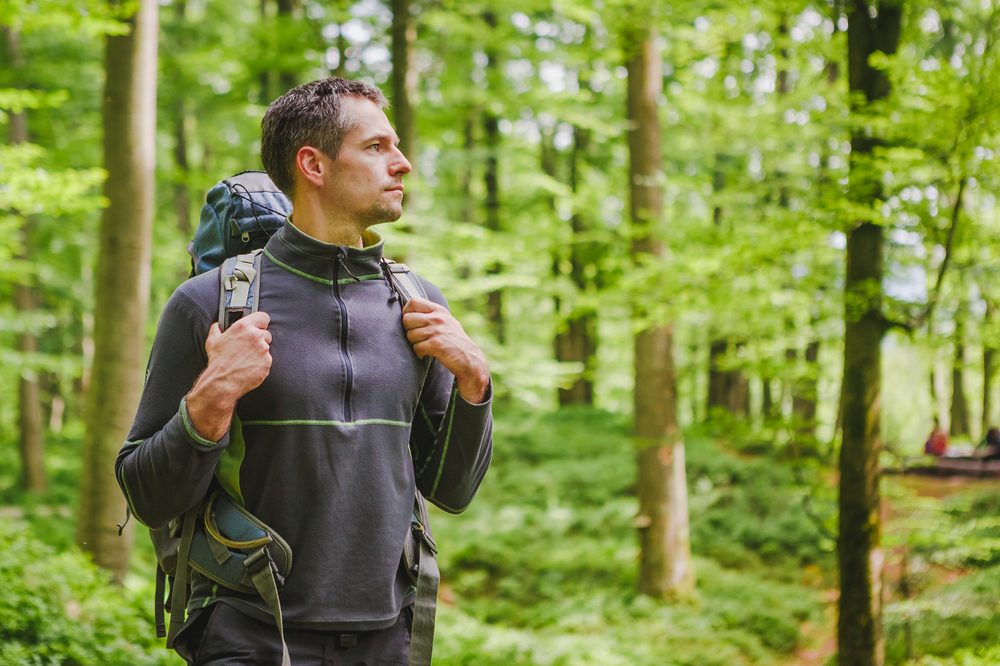 The Next Frontier in Gut Health

Is the gut as important to human health as modern researchers believe? It is undeniable that cannabinoids are going to be a focus of research on gut health moving forward. Thanks to the legalization of hemp products in America, medical researchers have access to far more possibilities. This information will hopefully illuminate the ways in which cannabis affects the gut and brain. It will also, hopefully, contribute to how these interactions potentially impact the way people think and feel.

Cannabis consumers can expect a wealth of new information to come out over the next few years. Hopefully this will help highlight the connection between cannabinoids and gut health. These are exciting times for mental and physical health, thanks yet again to cannabis.

Lung Damage From Vaping: Why Is This Happening?

What Is A Tincture and How do you Make it?

Is PHO Wax the New King of Dabs?

RSO: Does It Have To Be High THC?