How THC Interacts With The Circadian Rhythm And Impacts Aging

Humans evolved to function in a twenty-four-hour cycle of physiological processes, known as the circadian rhythm. Although commonly associated with melatonin production, the circadian rhythm does far more than just induce sleep. Controlled by the suprachiasmatic nucleus of the hypothalamus, our body’s circadian rhythm regulates temperature, various neuroendocrine functions, autonomic function, and cognitive and psychomotor performance. Not surprisingly then, a fine-tuned circadian rhythm is essential to everyday health.

As humans age, the circadian system undergoes significant changes. Minor disruptions to an individual’s circadian system can cause the temporary uncomfortable feeling we call “jet lag“, while long-term disruptions are associate with neurodegenerative conditions like Alzheimer’s and Parkinson’s Disease. Furthermore, epidemiological research suggests that a decrease in total sleep time can cause a reduction in lifespan. Could cannabis then be an effective solution for restoring a dysfunctional circadian rhythm and improving sleep? Research suggests a link between the endocannabinoid system and the circadian clock.

The Endocannabinoid System and Circadian Rhythm

In a review published in the British Journal of Pharmacology (2010), the researchers determined that anandamide regulation exhibits a circadian pattern. They reported that plasma concentrations of anandamide are three times higher at awakening than before going to sleep. More importantly, the authors concluded that based on available data, the relationship between the endocannabinoid system and circadian rhythm is bidirectional. This means that the human body’s natural sleep/wake cycle will influence endocannabinoid production, and endocannabinoids can influence the circadian rhythm.

Furthermore, they concluded that there is considerable evidence that the endocannabinoid system affects sleep and temperature regulation, as well as modulates feeding behavior. However, research into this relationship has presented mixed results. 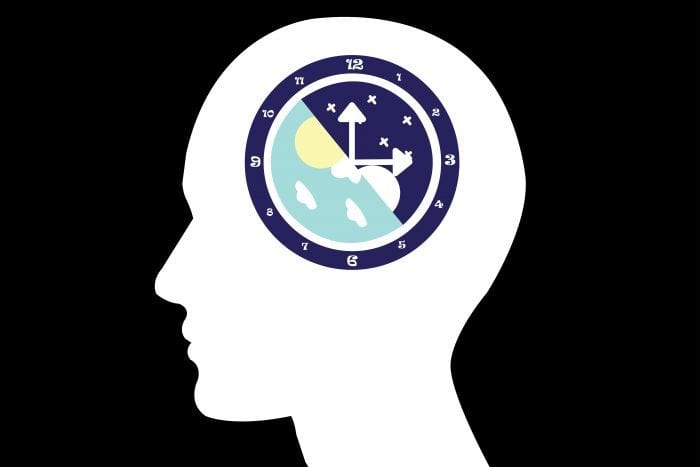 In a study published in Hormone and Metabolic Research (1986), the researchers investigated the relationship between THC and melatonin production. This research looks at a small sample of nine healthy male participants. They were between twenty-nine and thirty-three years old. The researchers administered one percent THC via smoke inhalation at 3 pm. Next, they took blood samples over the following two hours. Following THC consumption, there was a massive increase (approximately 4000 percent) in melatonin serum levels in eight of the nine participants, with the highest levels collected a full two hours after administration. This limited study suggests that THC stimulates melatonin production and should induce sleep.

RELATED  How Might Keto Interact With The Endocannabinoid System?

A recent review suggests that this could be true, but the sleep benefits may not be sustainable.

The best available research suggests that the effect of cannabis on sleep is highly dependent on the type of cannabinoid in question. It may also depend on the specific sleep condition. In a review published in Current Psychiatry Reports (2017), the authors found that preliminary evidence suggests that THC decreases sleep latency (the amount of time it takes to fall asleep), but could disrupt sleep quality long-term. However, synthetic forms of THC show promise for short-term benefits in sleep apnea due to effects on serotonin-mediated apneas.

Research into the effect of CBD on sleep disorders appears to be more favorable. The authors found that preliminary evidence suggests that CBD may have therapeutic benefits on insomnia, REM sleep behavior disorder, and excessive day time sleepiness. Furthermore, synthetic forms of CBD may help reduce PTSD associated nightmares and improve sleep in patients suffering from chronic pain. However, the research is scarce. Based on the variability in sample size and methodology across studies, particularly the form of cannabis and route of administration, absolute conclusions on the relationship between cannabis and sleep are unclear.

Despite the lack of proven scientific evidence, millions of people are consuming cannabis to help them sleep. The fastest-growing age group of cannabis consumers is senior citizens, and their changing endocannabinoid system and well-documented sleep difficulties may be good reasons to do so. 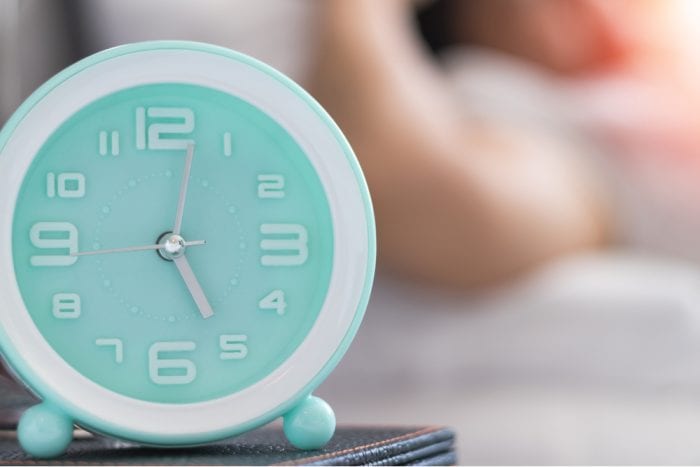 The Endocannabinoid System Changes as We Age

Human studies utilizing PET scans demonstrated that there are sex-specific changes to CB1 receptor activity in aged females. Other research showed that there are detrimental changes to endocannabinoid levels. Specifically, 2-AG decreases with advancing age. An increase in 2-AG in the lateral hypothalamus associates with increases in REM sleep. This then illustrates the problem, and a potential solution. Theoretically, the aging population could supplement with exogenous cannabinoids to offset endocannabinoid changes and sustain their circadian rhythm. The hope would be that this would slow down or prevent cognitive impairment and possible neurodegeneration.

However, a near-complete lack of dosing information and solid clinical effectiveness remains.

Without more research, it is difficult to move forward. The scientific community needs well-designed human trials to fill in the gaps of cannabis research. Current evidence demonstrates the potential benefits of cannabinoid therapy on restoring the circadian rhythm and easing sleep disturbances of older adults, but definitive conclusions cannot yet be made.