Does THC Have Anti-Cancer Properties?

Emerging evidence now suggests that THC may have anti-cancer properties. So how do we find out if THC kills cancer?

To definitively say THC Kills cancer, the first thing to remember is that we need widespread human trials with positive results. We don’t have them yet – but scientists have conducted a number of positive preclinical trials. Here’s why they’re positive.

Traditional cancer therapies can be hard on the body. In addition, common chemotherapy side effects may include pain, nausea and vomiting, and appetite loss, although the severity of such side effects can vary greatly between cancer patients. There are several medications available that help alleviate these sometimes-debilitating side effects. One of the more effective, according to a 2016 study in Cancer Management Research, is THC.[1]May, M. B., & Glode, A. E. (2016). Dronabinol for chemotherapy-induced nausea and vomiting unresponsive to antiemetics. Cancer Management and Research, 8, 49. Also, synthetic pharmaceutical drugs, such as Dronabinol and Nabilone, which mimic the effect of THC in the body, are FDA-approved. They have now been available for years.

Advancing medical and recreational cannabis legalization is opening the door for more patients to lessen the burden of chemotherapy treatment and take back their life. Interestingly, emerging research suggests that these patients may not only be treating their cancer treatment side effects. Preclinical and early clinical evidence suggests that THC kills cancer through multiple physiological mechanisms. These may include preventing metastasis and initiating programmed cell death.

The idea comes from multiple scientific studies suggesting that there is a greater endocannabinoid system presence in cancerous cells.

Multiple investigations conducted over the past decade have identified links between an overexpressed endocannabinoid system and cancer generation and progression. In a study published in Trends in Pharmacological Sciences (2011), the researchers found that there was overexpression of anandamide and 2-AG in several types of tumors including prostate and colon carcinoma, as well as endometrial sarcoma. They also found that various cancer cell lines have increased expression of CB1 receptors[2]Pisanti, S., Picardi, P., D’Alessandro, A., Laezza, C., & Bifulco, M. (2013). The endocannabinoid signaling system in cancer. Trends in pharmacological sciences, 34(5), 273–282. … Continue reading

Similarly, other researchers have found increased expression of MAGL, a 2-AG degrading enzyme, as well as FAAH, an anandamide degrading enzyme. These findings give reason to think that cannabinoids could potentially play a role in cancer treatment. The question is: could introducing cannabinoids restore balance to the endocannabinoid system? 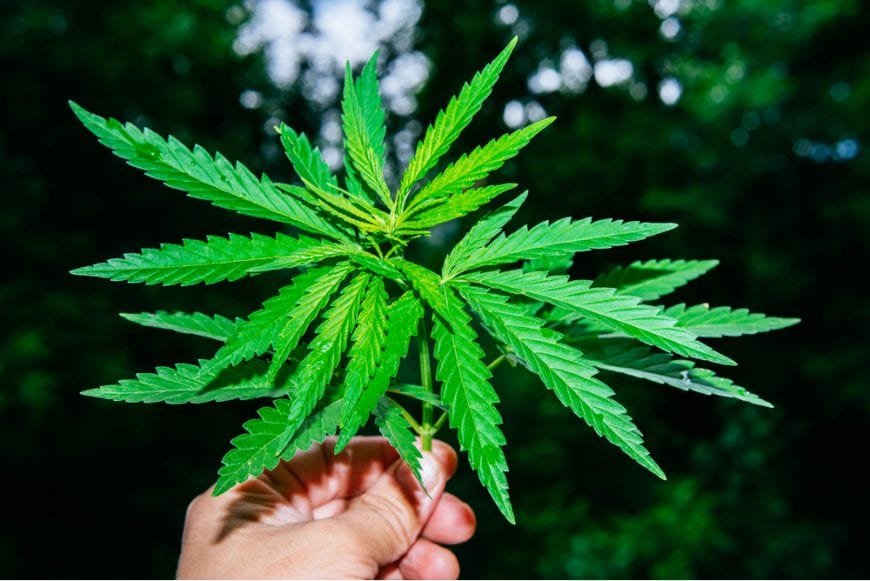 According to a review published in Progress in Neuro-Psychopharmacology and Biological Psychiatry (2016), THC’s potential anti-cancer action would be largely dependent on stimulating autophagy-mediated apoptotic cancer cell death[5]Velasco, G., Hernández-Tiedra, S., Dávila, D., & Lorente, M. (2016). The use of cannabinoids as anticancer agents. Progress in Neuro-psychopharmacology and Biological Psychiatry, 64, 259-266.

Autophagy is an evolutionary mechanism in which the body removes damaged cells and recycles parts of them toward cellular repair. In this case, autophagy removes cancer-damaged cells. When THC binds to cannabinoid receptors, it causes activation of an endoplasmic reticulum (ER) stress-related signaling route. Through other complex physiological processes (TRIB3-mediated inhibition of the AKT/mTORC1 axis), this ER stress-related signaling route promotes autophagy.

The spread of cancer from one part of the body to another, called metastasis, heavily relies on a process called angiogenesis. Angiogenesis is the formation of new blood vessels and is a normal part of growth and healing. However, angiogenesis aids metastasis by delivering oxygen to growing cancerous tissue. Subsequently, by preventing angiogenesis, you can slow or prevent metastasis.

Human trials investigating THC as an anti-cancer treatment are limited, but several trials have found some success. To illustrate, one of those trials, published in the British Journal of Cancer (2006), consisted of nine patients suffering from recurrent glioblastoma multiforme who had previously failed traditional therapies. The researchers administered THC directly into tumors and measured the safety of intracranial administration, length of survival, and various tumor parameters[7]Guzmán, M., Duarte M. J., Blázquez C., Ravina, J., Rosa, M. C., Galve-Roperh, I., et al. (2006). A pilot clinical study of Δ9-tetrahydrocannabinol in patients with recurrent glioblastoma … Continue reading

Moreover, they found that the cannabinoid delivery was safe and could be administered without overly psychoactive effects. Although establishing definitive conclusions from such a small sample size is difficult, some patients responded well to the THC therapy in terms of a reduced tumor growth rate.

Additionally, researchers recently studied the effect of a THC/CBD combination therapy alongside a well-known chemotherapy drug called Temozolomide. Consequently, in an abstract published in the Journal of Clinical Oncology (2017), the researchers found that overall, the THC/CBD treatment showed some efficacy as a complementary cancer therapy as the one-year survival rate was eighty-three percent compared to fifty-six percent with the placebo.[8]Twelves C., Short S., Wright S. (2017). A two-part safety and exploratory efficacy randomized double-blind, placebo-controlled study of a 1:1 ratio of the cannabinoids cannabidiol and delta-9- … Continue reading

Accordingly, this 2017 study is likely a window into the future of cannabis-based cancer research. Based on it, more researchers are investigating whether cannabis might altogether improve the outcomes of traditional cancer therapies. Only as research progresses will we be able to definitively say whether THC kills cancer or not.

Basically, science is in the very early stages of investigating THC as a cancer treatment. But as a result, based on preclinical evidence and preliminary human trials, we can say that THC may show some promise for bettering cancer outcomes in future trials. Consequently, additional human research may find that THC could complement traditional cancer treatments. Further, it might help minimize chemotherapy’s associated side effects. Unfortunately, to date, there is a paucity of clinical cannabis-cancer research. However, based on the outlook of current evidence, that is likely to change in time.

RELATED  How Long Does THC Stay In Breastmilk?