The Cadillac of Cannabis: THCv Strains

High THCv strains are rare, but their medicinal potential makes them well sought after.

Strains with high levels of tetrahydrocannabivarin (THCv) are extremely rare. As a result, it is a highly sought-after (expensive) cannabinoid. Researchers, physicians, and patients are all curious about the potential medicinal properties of this prized cannabinoid. In the words of Steep Hill Laboratories, THCv is the “sports car of cannabinoids.”

The Coles Notes on THCv

All cannabinoids have a similar molecular format, hence why they all work within the endocannabinoid system. For example, both THC and THCv have seven double bond isomers. But, what makes THCv much different is its propyl (3-carbon) side chain (THC has a pentyl (5-carbon) side chain).

Because of this slight molecular shift, THCv works differently within the human body than THC. First, there are some similarities. For example, THCv is psychoactive, but reportedly for a much shorter duration than its cousin THC. It is both a CB1 antagonist and a partial agonist at the CB2 receptors. Because of this interaction, it’s under scientific pursuit for anxiety and panic attacks, but also much, much more.

The Potential Benefits of THCv

It may be a rather exotic cannabinoid, but researchers have always been excited about this minor molecule’s medicinal value. Most THCv strains contain less than one percent of this precious cannabinoid, which is why researchers often work with THCv isolates. Over the last five years, investigations into THCv have focused on three key areas:

Researchers have long connected THCv to changes in appetite, and improvements to obesity within animal models. In 2020, the Journal of Cannabis Research, published a commentary on the subject. So, what do we know so far about the effects THCv strains may have on appetite and obesity?

As the authors wrote, “In rodent studies, THCv decreases appetite, increases satiety, and up-regulates energy metabolism, making it a clinically useful remedy for weight loss and management of obesity.” In their view, THCv is a “priority candidate for the development of clinically useful therapies in the future.”[2]Abioye, A., Ayodele, O., Marinkovic, A. et al. Δ9-Tetrahydrocannabivarin (THCV): a commentary on potential therapeutic benefit for the management of obesity and diabetes. J Cannabis Res 2, 6 (2020). … Continue reading

THCv is in advanced phases of study for the treatment of type II diabetes. In 2016 researchers published the findings of a randomized, double-blind, placebo-controlled study on CBD, THCv, and combinations of the two for untreated diabetes patients. After thirteen weeks, patients receiving formulas with THCv had improved pancreatic function and reduced fasting plasma glucose. Both CBD and THCv were well tolerated by all those participating.[3]Jadoon, K. A., Ratcliffe, S. H., Barrett, D. A., Thomas, E. L., Stott, C., Bell, J. D., . . . Tan, G. D. (2016). Efficacy and Safety of Cannabidiol and Tetrahydrocannabivarin on Glycemic and Lipid … Continue reading

Reduction of Nausea and Vomiting

Another exciting avenue under pursuit is THCv for nausea and vomiting. This area of study is so far advanced GW Pharmaceuticals (the company behind several cannabis-based drugs) filed a patent on, “Tetrahydrocannabivarin for use in the treatment of nausea and vomiting.”

For those interested in the potential medicinal value of THCv, a little digging is necessary. It’s rare, and only a few strains are known to have any measurable levels of THCv. A few experienced breeders have begun the arduous process of breeding THCv dominant strains, but this is a long journey. Thankfully, there are a handful of THCv strains released to the people thus far. If you can find them, they may be well worth the price for their medicinal value.

A few of these strains are worth highlighting here:

A California strain recently made headlines after a laboratory test revealed surprisingly high levels of THCv. Black Beauty, so named for its deep dark coloration, contains upwards of three to four percent THCv. It comes from the hands of legendary breeder Ed Rosenthal and medical expert George Bianchini.

Another sativa-dominant hybrid, this strain is a relatively new creation with a surprising level of THCv. Its aromatic profile is sweet, musty, and slightly tropical. As its name suggests, the flowers are shades of dark violet. This strain usually has 3:1 THC to THCv ratios. 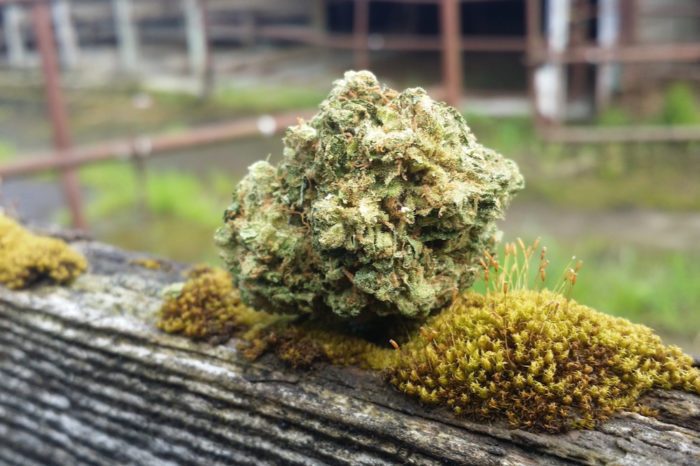 Durban Poison has been a favorite cultivar among cannabis growers for decades. It has South African sativa genetics and smells like sweet licorice. Steep Hill reports that this strain typically produces 0.5% THCv, but is still largely a THC dominant strain.

This is the greatest of THCv strains. While most cannabis varieties may register a few percentage points of total THCv content, the Doug Varin cultivar from California supposedly has a 5:4 ratio of THC to THCv (some say a 6:7 ratio). As one report indicates, Doug Varin has twenty-two percent THC, nineteen percent THCa and fifteen percent THCv. This strain smells like pungent earth, with citrus undertones.

Although similar in many ways to its cousin cannabinoid, THC, this newly popular cannabinoid stands out. For example, THCv is mildly intoxicating but comes with none of the paranoid side effects some people experience with THC. The current theory is that THCv may have powerful anti-anxiety effects, perhaps stronger even than CBD.

Even in the last five years, scientific investigations have found substantial evidence for this molecule’s ability to treat Type II diabetes, control appetite, and perhaps even help with obesity. THCv strains also reportedly have a powerful ability to manage nausea and vomiting, which is hugely beneficial for those undergoing chemotherapy. With time, new cultivars will come through, making the benefits of THCv more accessible to those who need it.