The Bong is the Vinyl Record of Cannabis

The bong is dead. Long live the bong.

When the CD became popular a few decades ago, many assumed it would spell the end for vinyl. And with the recent boom in cannabis, many say the same about the good old fashioned bong. With vaporizers and dab rigs, full extract concentrates, and distillate oils, why would anyone ever go back to pursing their lips around a foul-smelling bong filled with dirty water?

There’s nothing perfect about the bong. And the same goes for vinyl. Whether it’s the hum of the needle as it navigates the record groove or the associated occasional crackling, it all creates a sound that’s far from pristine. But perhaps it’s in those imperfections where the secret to the ongoing attraction lies. 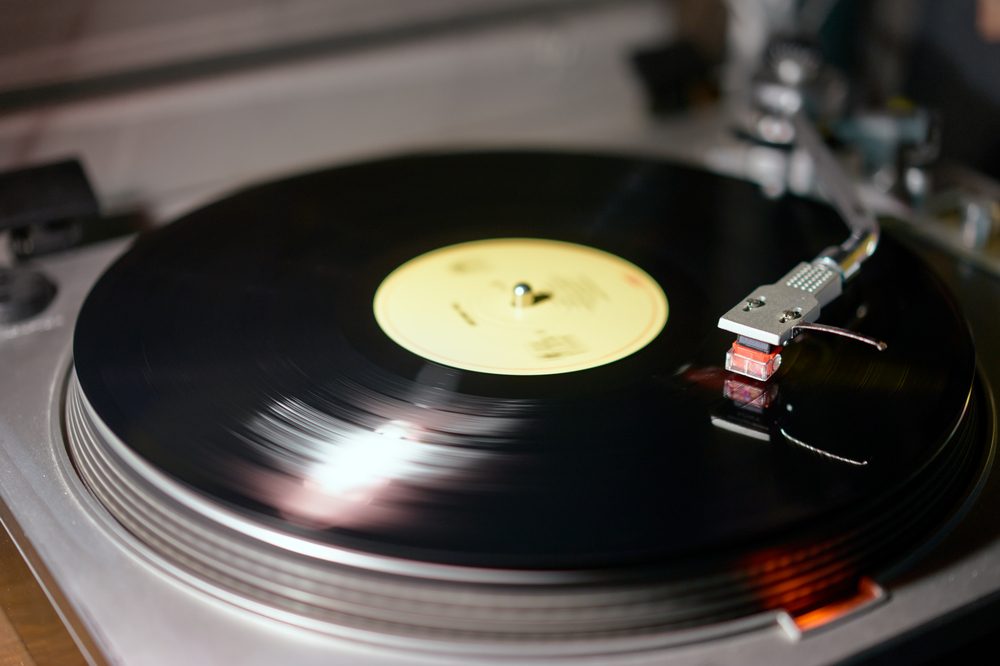 Vinyl is like a bong in many ways. Cumbersome and delicate, easily broken and not very transportable. And just like vinyl, there’s that imperfect sound associated with the bong, in the form of fits of coughing.

Vinyl sales are booming in modern times and at 25-year highs. But in the age of a $10 Spotify subscription that provides limitless access to all strains of music, why would someone pay $30 for a record? Methods of cannabis consumption are undergoing the same price discrepancies, and shifts in extracts vs bud. Even with high-end dab rigs and customizable vaporizers, there’s something about experiencing things the old way.

Those true to vinyl claim that warmer, mahogany-rich sound that fills the room will always prevail over that of a compressed digital file. It’s not inconceivable that we’ll go the same way with cannabis. Will THC-rich extracts that are devoid of terpenes become the Spotify of the future cannabis industry? A product for the masses, while the connoisseurs choose to do things the old fashioned way — some organic flower in a bowl filtered through distilled water.

Is the Bong Dead?

It was once the essential instrument of choice for the underground cannabis consumer. But in these changing times, the bong has fallen out of favor among those new to cannabis. And with the health-focused nature of much of the modern cannabis industry, this perhaps makes sense. The incessant coughing often associated with bong use is an experience that somehow doesn’t fit with the modern image of cannabis as a health product.

In 2019 we live in an age characterized by advancements such as AI and self-driving cars. Nothing ever stays the same for very long, and neither will the bong.

The Peak Smart Rig from Puffco is one such example of the ever more experimental direction in which we may be headed. Used for concentrates these bongs provide a means of medicating that’s consistent in terms of taste and dosage, while also ensuring minimal irritation to the throat. With no ice, blowtorches, or coughing, the rig allows you to simply push a button, and 20 seconds later you get a potent medicated hit that’s filtered through water. 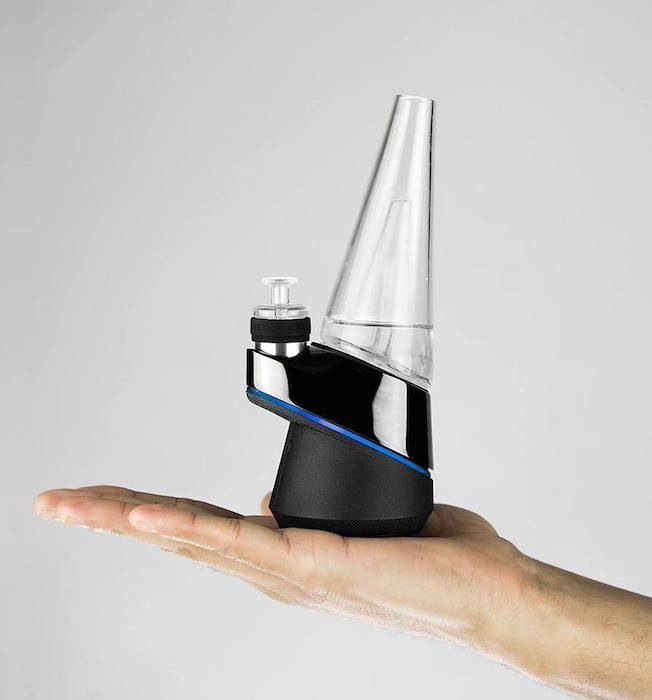 But just like those who were still listening to vinyl in 1995, there will be those who will continue to use a traditional bong regardless. The refusal to be drawn into the digital age and complicated electronics holds firm. And perhaps in another 20 years we’ll come to admire them as collector specialties.

But for those who still continue to use a bong, or are interested in experimenting, let’s discuss some techniques of doing things the old-fashioned way!

It’s widely debated in bong circles whether one should use hot or cold water. There are pros and cons to both.

Have you ever noticed a buildup of strong-smelling black tar on the inside of your bong? This usually happens with cold water bongs. The cold water means that the bong collects more resin and, later, deposits. Resin inside the bong doesn’t make it to your lungs. So, cold water bongs require more bud for the same effect. Hot water, on the other hand, melts the resin and results in a cleaner bong. And this, in turn, ensures more of the medicine reaches your lungs.

Those who elect to use hot water in their bong generally use water at the same temperature as they would drink tea or coffee. It should be steaming slightly, but not boiling. If it’s too hot, it produces too much steam, which will irritate the back of your throat. But, just the right amount of steam soothes it. One common misconception is that hot water doesn’t cool smoke. But bear in mind that hot water is still considerably cooler than the smoke from burning fresh flower.

When it comes to how cold the water should be, well, that varies considerably. Many bongs come with an ice catcher, which results in smoke being further cooled. And many people report that the cooler the smoke, the harsher the taste. 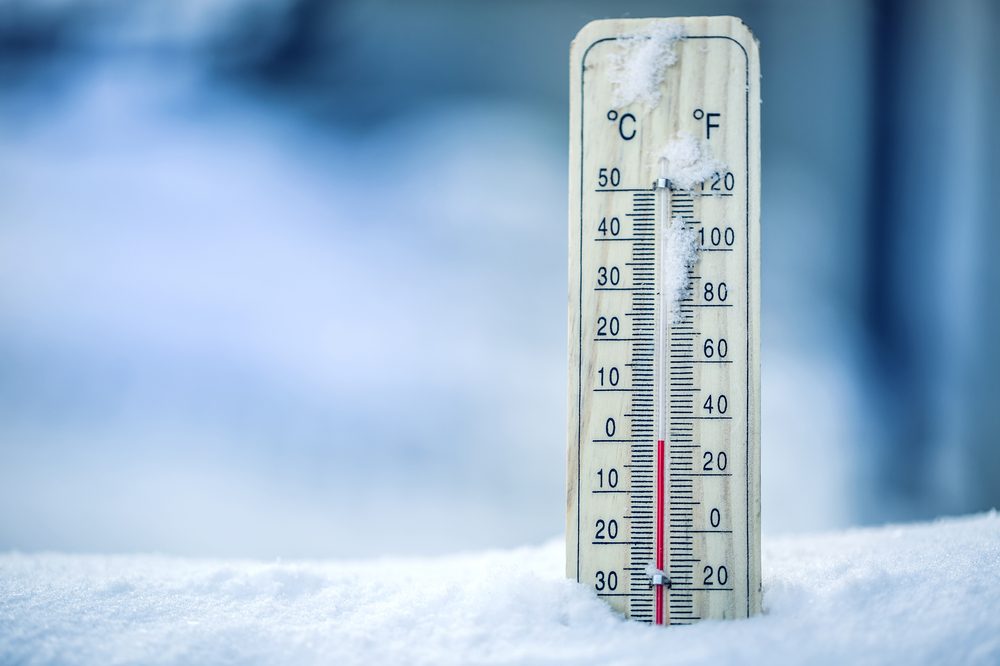 What is the Difference in Taste?

Smoke filtered through warm water usually results in a smoother hit. It allows patients to medicate with larger hits without the associated throat irritation. Cold water bongs are more effective when it comes to cooling smoke, but tend to provide a harsher hit. However, with that cooler smoke comes thick, milky clouds. If you’re looking for the aesthetics of thick smoke, then that’s the way to go.

Our intuition tells us that cold water is best. However, most consumers report a more favorable smoking experience with warm water. But to find out which one is best suited to your particular needs it’s best to experiment.

Just like with music and our regression to vinyl, it seems it’s the constant searching and experimenting to create the authentic experience that so many in our culture strive for. Only time will tell if the bong in its current form will become the vinyl of the cannabis industry 20 years from now.