There are so many questions swirling around the U.S. vape crisis right now – Mostly “Can Vaping Kill You?” Hopefully we can help provide some answers.

As e-cigarettes become tightly regulated, cannabis consumers are left wondering if vaped cannabis products are also a potential issue. As the end of 2019 approaches, a giant vape-related lung injury problem has emerged across the United States. But can vaping kill you?

The potential benefits of vaporizing cannabis include discretion, lack of combustion-produced carcinogens, more accurate dosing and ease of use. As cannabis technology continues to advance, more consumers are turning to vaporization as their consumption method of choice. But the cases of lung injury related to histories of vaped nicotine and cannabis products are also increasing by the day, creating public hysteria.

Researchers and doctors are hard at work to identify the cause of “E-cigarette or Vaping Product Use Associated with Lung Injury” (EVALI), the name of a spectrum of lung injury conditions that has been acutely affecting the U.S. population. With this accumulating research, the conversation about vaporizing substances and emergent lung injury deaths has turned from a focus on nicotine substances to those that contain the cannabis extract delta-9-tetrahydrocannabinol, or THC, due to a growing number of studies that reveal the use of these cannabis vaping products is common among EVALI patients. 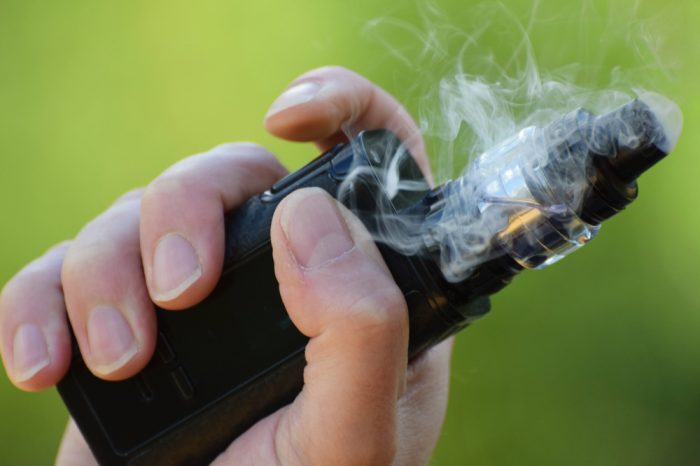 Can Vaping Kill You Faster Than Smoking??

Stores sell both nicotine and THC products in many forms. Generally, they share common methods of consumption: vaporization. This is a process in which liquid or solid forms of nicotine or cannabis are heated for inhalation without the use of carcinogenic combustion. The liquids and solids that are vaped are produced in ways that separate them from their plants of origin.

Extracted nicotine must be mixed with carrier substances such as propylene glycol and vegetable glycerin in order to be inhaled. Cannabis products, on the other hand, can be vaped in their pure extract form, often called “dabs of wax” or “shatter.” However, some cannabis vaping products also contain more than just the plant itself.

Manufacturers and street salesmen of cannabis vaping products sometimes add chemicals to ease the vaping process. Liquids such as vitamin E acetate can be added to affect the viscosity of vaping liquids, or flavors may be added for novelty.

A Sudden Outbreak of Lung Injuries

According to the Centers for Disease Control and Prevention, there’s been an outbreak of lung injuries across the U.S., which is thought to have resulted from the widespread use of vaping products like e-cigarettes and cannabis vaporizers. As of October 22, 2019, the CDC reported a total of 1,604 cases occurring in the outbreak, with thirty four deaths reported across twenty four states.

As of yet, the CDC and FDA data only verify that patients with EVALI have the use of vaporizing products — whether tobacco or cannabis — in common. The CDC recommends that those who use these products should see a healthcare provider immediately if they experience any of these symptoms:

Symptoms can develop over just a few days or over a longer span, and so far lung infections do not seem to bet the culprit.

As of October 29, 2019, the CDC advises consumers not to use vaping devices of any kind, though legislation and health guidelines are beginning to pop up in multiple states. There are two additional recommendations from the CDC: Consumers should not buy any type of vaping device or substance off the street, and they shouldn’t add anything to the contents of vapor liquids when refilling their containers.

If a chemical is responsible for EVALI, scientists have not pinpointed it yet. To date, research points to the possibility of it being an ingredient street vapes commonly contain: vitamin E acetate. In a CDC report from October 25, 2019, a study of seventy nine Utah patients revealed that most had used products containing this chemical.

Eighty-three percent of subjects in this study were male, and only six percent exclusively used nicotine products. This study suggests that cannabis products are likely adding to the hype. Of all the chemicals this study reports, eighty four contain THC, and forty seven were nicotine-only.

It Matters Where You Buy

The data is beginning to show that cannabis vaporization products purchased on the street or from unsavory retailers are at the root of the cause, not those purchased from legal cannabis dispensaries.

Nicotine and cannabis products are unreliable when purchased on the street, because there is no guarantee of purity. Those that you purchase from reputable vendors, and that offer third-party testing results, are probably safer. That’s because third-party testing shows users what ingredients are actually in the products. Or, if they have traces of harmful chemicals.

There’s a possibility of more than one cause for this outbreak — it could be chemical burns, lifestyle of consumers or a combination of both. At this point, medical professionals still need to untangle the threads.

Can Vaping Kill You? Here’s What the Studies Really Say 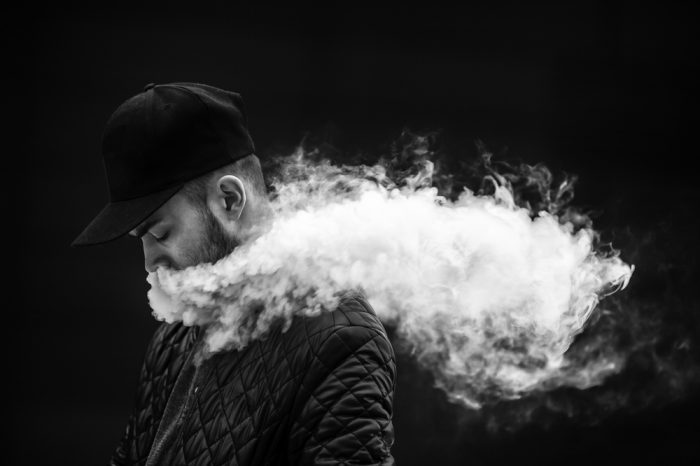 In an article published by the CDC on October 4, 2019, not only was the vaping of nicotine and cannabis products commonly reported to affect patients, but these effects were also found in people who had “dabbed” cannabis wax (solid) products within ninety days before the study. They also reported that sixty nine percent of studied patients were male, with a median age of 50.

The smallest numbers of patients in the study reported using only e-cigarette nicotine products, further pointing toward cannabis product effects. Nicotine-only vapers made up just fifteen percent of reported patients. The second highest number of participants included those who reported only cannabis vape product use, without nicotine. The largest group of patients in the study (thirty six percent) reported using both nicotine and cannabis vape products.

A review of lung biopsies performed by medical doctors at Mayo Clinic and UnityPoint Health was released by The New England Journal of Medicine on October 2, 2019. The sample size was small, with only seventeen patients who had experienced an acute lung injury believed to be related to vaping. Eleven of the patients’s injuries were certainly from vaping. Doctors beleive the remaining six are “probably” from vaping. The types of lung injuries doctors identified included:

Two patients in the study died. They died even with treatment appropriate for the types of symptoms they were experiencing due to the lung injury. So yes, Vaping can kill you, or others. Now scientists need to figure out why, and how to stop it.

Could Age be a Factor?

According to the Morbidity and Morality Weekly Report issued on October 4, 2019, thirty percent of adolescents have vaped THC products. Only ten percent of subjects studied were adults, presenting a wide gap in vape use by age. Note that the population size in this study was small, increasing the margin of error.

However, the CDC’s most recent report says that of the nineteen identified EVALI patients who have died, eighty four percent of them used THC-containing products. Only sixteen percent were exclusively nicotine vapers, not cannabis consumers.

CDC director Robert R. Redfield, M.D., stated in a press release on October 28: “It is evident from today’s report that these lung injuries are disproportionately affecting young people. As CDC receives additional data, a more defined picture of those impacted is taking shape. These new insights can help bring us a step closer to identifying the cause or causes of this outbreak.” 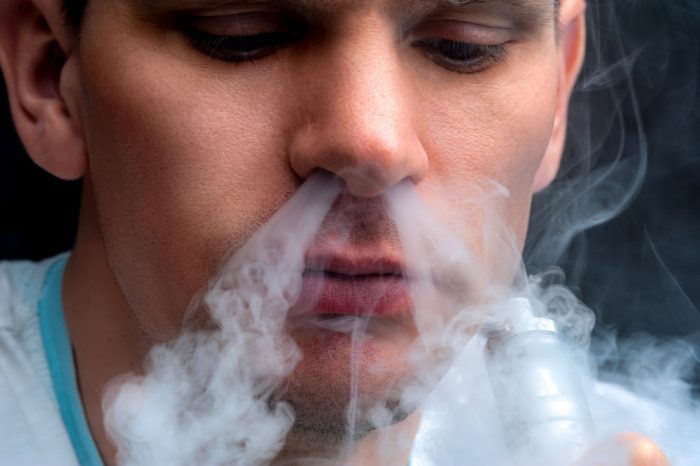 As a result of the recent health outbreak, legislators and the FDA are beginning to assess dangers involved with vaping. Legislative movement and public recommendations are emerging in the interest of protecting people from experiencing EVALI. The process came to a head on September 11, 2019, when President Donald Trump announced the FDA’s plan to ban all flavored e-cigarette products.

San Francisco was the first city to ban vaping in June of this year. Then in Massachusetts, Governor Charlie Baker issued a four-month ban on vaping products throughout the state on September 24, 2019. According to CBS Boston, the plan will last through January 25, 2020. It prohibits the use or sale of all vaping products for both nicotine and cannabis.

Utah has also imposed legislation limiting the sale and usage of vaporize cannabis products as of October 2, 2019. The Salt Lake Tribune reported that ninety four of Utah EVALI patients reported using THC products. This despite their illegality within the state. Utah’s new legislation limits the sale of vaping products to e-cigarette stores, which must post a warning for customers about the risk of consumption of unregulated THC vape products.

Can Vaping Kill You? We Need More Answers

Americans like to know just what they’re consuming. This especially in an age where people have increasing interest in maintaining healthy bodies and monitoring their consumption. These are some key questions that need answers:

Dry herb vaping is different from vaping liquids, because in dry herb vaping the entire cannabis flower material is heated without combustion in a vaporization chamber, making chemicals in the plant hot enough to vaporize for inhalation. Dry herb vaping doesn’t carry the risk of added carriers like unknown liquids do. Most vape companies do not necessarily know the full safety of their products. But, they continue burning multiple chemicals in liquid and solid cannabis vape cartridges. 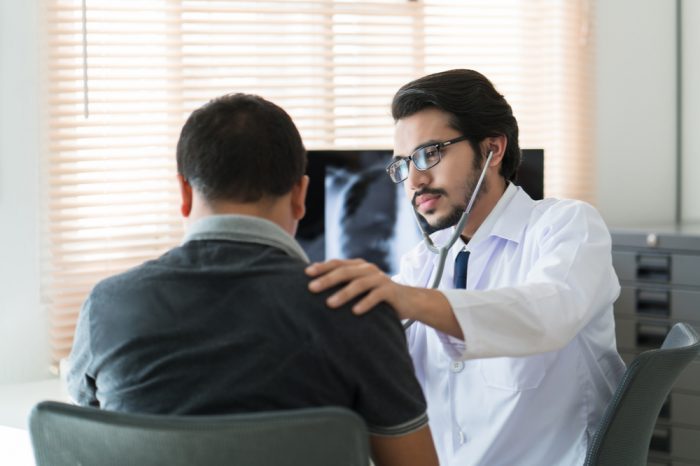 What’s in the Future for Vaping?

Vaping-Associated Pulmonary Injury (VAPI) has been identified as a subsidiary of EVALI, according to an article published in Annals of Internal Medicine on October 8, 2019. This is another injury that associates with recent lung injuries. In this article, Doctors advise considering searching for VAPI symptoms when assessing patients with vape-related lung injuries.

The only choice left is to wait it out. Every day, scientists, doctors and cannabis specialists learn more about the perilous effects, symptoms and causes of EVALI, or vape-related lung injury. Media coverage on the topic is strong, yet often has misinformation in it. What are the safe ways to consume cannabis vape products at this point?

First, follow the recommendations laid out by the CDC. Otherwise, watch for studies asking “Can vaping kill you?” as they emerge.