The DEA Wants The Carolinas To Hand Over Their Vape Pens

Counterfeit vape pens with cartridges appear to be harming people. What about the weed vaporizer?

In light of the recent cases of lung damage sustained from vaping, it now seems the collective optimism was off target. The DEA plans to help people hand over their vape pens, but will the weed vaporizer be next? While THC cartridges are also under suspicion of being problematic, is the dry-herb weed vaporizer now the only way to safely vape cannabis?

Handing Over Your Counterfeit Weed Vaporizer to the DEA

The news is bleak on the vaping front. As of October 22, 2019, the Centers for Disease Control and Prevention (CDC) has reported 1,604 cases of lung injury attributed to vaping. Reports of cases have come from forty-nine states, with thirty-four confirmed deaths across twenty-four states.

The Carolinas were so badly affected that the DEA launched a campaign to help people in the southeast hand over their vaping devices. The Charlotte District Office announced their plans in response to both the increase in vaping among young people and the latest statistics on vaping illness.

Their plans coincide with National Prescription Drug Take-Back Day. This is a means of educating the public about the potential for abuse. It also provides them with a way to dispose of medications. Take Back Days are usually very successful and have collected more than eleven million pounds of prescription drugs since they began in 2010. 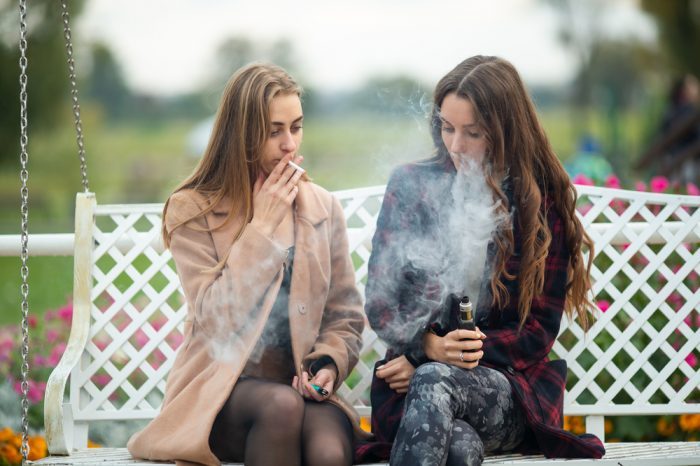 Addiction is no small matter. As a coping mechanism, it often runs deep within those it affects. But while nicotine does have some nootropic benefits, its use is generally destructive. By itself, it’s not dangerous in small quantities. However, it’s the method of administration and the subsequent uptake of many toxic compounds that make it harmful.

While tobacco and cannabis are two very different plants, they are often viewed together by the uninitiated and uninformed due to two common methods of consumption — smoking and vaping.

The evidence regarding smoking and vaping nicotine is pretty damning. What’s not so clear is if vaping cannabis should receive the same treatment as e-cigarettes.

Should We Hand Over Our THC Vape Pens?

The possibility certainly exists. But while investigations continue, the CDC recently advised against vaping THC. While few believe that vaping THC is dangerous, the argument against vaping cannabis revolves around the use of the black-market cartridges. These cartridges are still all too common and it’s the use of cheap ingredients in this THC product that many believe to be responsible for the host of potential issues.

To produce the liquid used in a weed vape, the adding of THC to an oil solution occurs. It often includes chemicals to alter flavor or consistency. Vitamin E acetate is a common addition as a thickening agent to cover up low-quality THC oil. After heating and inhaling, the FDA view it as being at least in part responsible for the host of vaping-related lung issues in the news.

For its part, the use of vitamin E acetate is prevalent in food and cosmetics. The FDA did approve its use for topical or oral administration. However, when vaping it, the problems around heating and subsequently inhaling are severe. According to the above article its presence triggers an immune response within the body, something that may later lead to pneumonia.

While the consumption of nicotine can occur in a variety of ways, there’s no getting around the issue of having to heat THC in order for it to become active. In order to convert the acid form of the cannabinoid known as THCA to THC, we simply must apply heat. Doing this safely is where the obstacles lie. 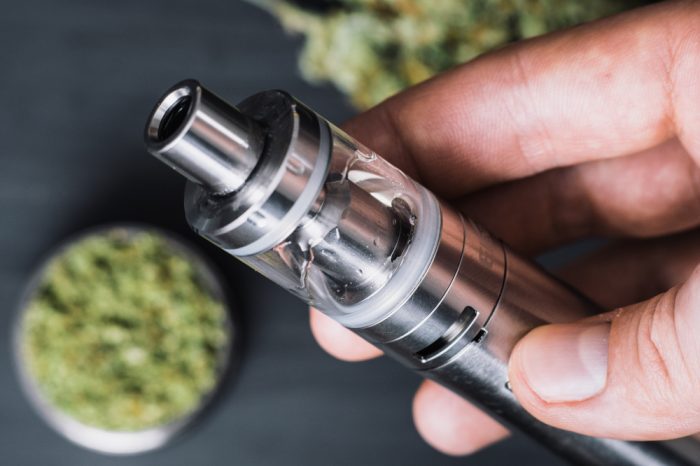 It would be foolish to continue vaping cannabis using oil cartridges in light of the recent reports of vaping-related illnesses. But, just because one delivery mechanism is suboptimal, it doesn’t mean there isn’t another way.

A dry weed vaporizer is designed for cannabis and is a much safer vaping method. Rather than using questionable oils and cartridges, consumers simply load their dried herb into a chamber where it heats up to a preferable temperature.

Once heating occurs the cannabinoids, terpenes, and flavonoids combine to form vapor. A person can then inhale this vapor without the presence of potentially damaging compounds. While this method may seem more desirable, it still won’t do much to counteract the presence of pesticide residues, molds or heavy metals in the actual flower. If possible, always buy organic cannabis that has undergone third-party testing in a legal jurisdiction. This helps ensure that you minimize the chances of exposure to potentially harmful compounds.

The Advantages of Dry-Herb Weed Vaporizer

Dry-herb vaporizers offer a multitude of features that include temperature control in many models. The ability to set the temperature helps ensure that you inhale fewer of the potentially problematic compounds. Many cannabinoids and terpenes evaporate at low temperatures and don’t require excessively high temperatures to remove them from the trichomes.

When you consider the materials used inside the vaporizer, this highlights the importance of the temperature dial feature even further. When certain materials like plastics or Teflon heat up, they often give off toxic compounds that would be unsafe for inhalation. Titanium is the recommended material for weed vaporizers due to its resilience at higher temperatures. This helps ensure that consumers are not exposed to any toxic compounds that aren’t present in the dried herb.

If in Doubt Wait it Out

When it comes to tobacco use, there are few alternatives to smoking or vaping. But when it comes to cannabis use, we’re blessed. Whether topical creams, edibles or tinctures, rest assured that there are a myriad of ways to medicate until the powers that be can say definitively whether we should entirely avoid all forms of vaping. And until they do, we’ll keep you updated.