The Guy Who Discovered THC Involved in ‘Sugar Conspiracy”

The man who discovered THC was also one of the major players behind the so-called sugar conspiracy. And no, I’m not talking about Raphael Mechoulam.

In April 2018, researchers at the University of California-San Francisco released a report claiming that the sugar industry, 40 years ago, suppressed research that showed sugar caused cancer and obesity. The man at the center of UCSF’s so-called “Sugar Papers” is Roger Adams, a legend among America’s organic chemists. And this is one massive sugar conspiracy!

Why haven’t you ever heard of Roger Adams? Besides having a name as generic as “John Smith,” Adams, like most organic chemists, never reached rock-star scientist status. Organic chemistry is painfully boring to most people, even other chemists, so that alone should explain his obscurity.

What were the Sugar papers, and why’d they cause such an uproar a couple of years ago? Why are they still?

In the 1950s, Americans suffered epidemics of obesity, heart disease, and cancer. Scientists scrambled to figure out why, and many suspected it had something to do with the uniquely awful qualities of our diet. Some scientists blamed fatty foods. Others blamed sugar.

According to Laura Schmidt, a researcher at UCSF and one of the authors of the Sugar papers report, in the 1960s, the sugar industry issued “bribes” through a trade association called the Sugar Research Foundation (SRF). The bribes, which amounted to tens of thousands of dollars in today’s money, started with a Harvard scientist named Dr. Mark Hegsted. After receiving his payola, Hegsted used Harvard’s prestigious name to shift the narrative away from sugar and onto fat. 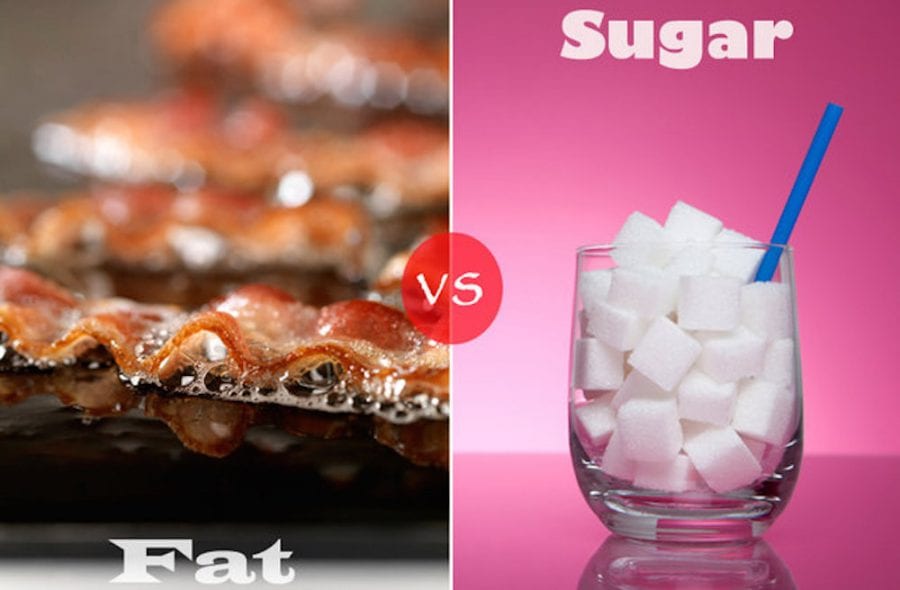 Is Fat or Sugar Worse For You?

Hegsted wrote a literature review that concluded fat – not sugar – was making Americans sick. In 1967, that review got published in the New England Journal of Medicine, one of our nation’s most pristine medical journals. (Fun fact: it’s also the same journal which confirmed the first U.S. clinical trials for CBD’s medical efficacy.)

Stanton Glantz is a professor of medicine at UCSF, and he worked with Schmidt to uncover the conspiracy laid out in the Sugar papers. In 2016, he told the New York Times, “It was a very smart thing the sugar industry did because review papers, especially if you get them published in a very prominent journal, tend to shape the overall scientific discussion…. They were able to derail the discussion about sugar for decades.”

After Hegsted’s paper became a hit, the SRF secretly funded another study ominously titled Project 259. Under this study, researchers fed sugar to lab mice hoping they would prove, once and for all, that sugar wasn’t bad for the heart. Instead, Project 259’s mice developed bladder cancer on top of heart disease. The SRF axed the project, and its results were never published.

The damage committed by the sugar industry can’t be measured in money. How many people have died prematurely because they switched to a low-fat, high-sugar diet? As we’ve learned over the years, it’s true that some fats, like hydrogenated soy bean oil and palm oil, contribute to plaque buildups in our arteries. But most fats are essential for a long, healthy life. After all, every cell in our body is enveloped in a membrane of fat. No fat, no cells.

Omega-3 fatty acids are the precursors for our body’s endocannabinoids. Without omega-3s, we experience greater risk of cardiovascular disease, inflammation, cancer, diabetes, and accelerated aging because we aren’t making enough cannabis-like compounds in our bodies. Endocannabinoids like anandamide and 2-AG keep our bodies in a state of homeostasis, a natural balance.

According to the endocannabinoid deficiency hypothesis, many of our disease states are caused by underproduction of endocannabinoids, which may explain why cannabis – packed full of phytocannabinoids – may treat a broad spectrum of medical ailments.

Back to the guy I introduced at the very beginning, Roger Adams. For over 50 years, Adams ran the chemistry department at the University of Illinois at Urbana-Champaign. He’s famous in the organic chemistry world for inventing a bunch of new ways to manufacture chemicals and materials.

Raphael Mechoulam Did not Discover THC

I know, I know. Pretty much every person who has ever written about cannabis has, at one point or another, claimed that Mechoulam was the first to discover THC. At one time, I was in that camp, too. But as Judith Stamps at Cannabis Digest laid out in 2014, Mechoulam didn’t discover THC.

You should give Stamps’ piece a look, because Adams’ story is fascinating. His journey with cannabis started while he was a member of Harry Anslinger’s anti-marijuana think-tank. He later fell out of Anslinger’s favor when he said, during a speech, that smoking cannabis felt “pleasant.”

And if you dig up transcripts of Mechoulam’s interviews over the decades, you’ll see he never once claimed to discover THC. It’s something the cannabis community and the media dreamed up. When? I don’t know, and I’m too lazy to find out.

However, I wasn’t too lazy to read over the entire UCSF report on the Sugar papers. While doing so, I caught this sentence:

We located correspondence between the SRF and Roger Adams, a professor who served on the SRF’s scientific advisory board…between 1959 and 1971. [emphasis mine]

A professor named Roger Adams? Could it be?

I checked the University of Illinois archives, and I found this page:

Yeah, it is the same guy. Isn’t that something? Roger Adams, discoverer of some of the most medically promising compounds on Earth – THC and CBD – is the same guy who tricked generations of Americans into thinking fat was bad for them.

What’s It All Mean?

As of right now, cannabis remains Schedule I in the U.S. That means it’s supposedly incredibly addictive, deadly, and has no accepted medical use. Yet tobacco, which certainly fits the bill for Schedule I, isn’t scheduled at all. Look for tobacco in the Controlled Substances Act; you won’t find it mentioned. Not even once.

Sugar, ironically, could fit the criteria for Schedule II, just a notch below heroin: it is addictive, it is deadly, and it has limited medical use. You know, like cocaine, which is also Schedule II.

I guess my point here is that science is in a constant state of flux. What’s true today may not be true tomorrow (sorry, Pluto). Further, science is an institution, and like all institutions, it can be abused by the powerful and the privileged. Just as cannabis journalists have lied to us about who discovered THC, scientists may also lie to us to further their own agendas, whether it’s over aspirin, sugar, or – gasp! – cannabis.

As we fight decades of junk science that slandered our favorite plant, we must guard against unfounded claims which elevate this plant, too. Vaporizing terpenes may be bad for us. Cannabis probably can’t cure every cancer. Cannabis cannot replace every pharmaceutical. Hemp alone will not save the environment.

If we’re going to criticize powerful institutions for lying to people, then we must be wary of doing the same thing, even if it’s for a good cause.

Especially if it’s for a good cause.

Will The Future of ADHD/ADD Treatment See Cannabis Replace Adderall?

From Pre-Recorded History to Modern Research, Cannabis Has Had Quite the Ride

Cannabis Beer is Here, And The People Are Happy