Meet the hemp burger: a tasty source of protein made from hemp hearts, lentils, rice, and seeds.

The new hemp burger is a completely legal patty that doesn’t get people high. Instead, it comes chocked full of nutrients and packed with six to ten grams of pure plant protein. It’s easy to digest, great for the body, and easy on the environment. Clearly, the hemp burger is an idea whose time has come.

The hemp burger may have the best shot of winning the hearts and stomachs of American consumers, but it’s far from the first cannabis-based product to be recommended by nutritionists.

Hemp hearts, one of the primary ingredients in hemp burgers, have a nutty flavor and work deliciously on their own, in a salad, sandwich, or baked into a bread loaf.

The other cannabis-derived part of hemp burgers are hemp seeds. Many nutritionists consider them a superfood because of the wide array of health benefits they provide. Hemp seeds, which are technically nuts, provide an excellent source of protein. About twenty five percent of a hemp seed is protein, which is higher than the amount per capita in chia seeds and flax seeds, which each average about eighteen percent.

Hemp seeds are also a terrific source of vitamin E, phosphorus, potassium, magnesium, calcium, iron and zinc. Each bit is essentially like downing a multi-vitamin — only in burger form! 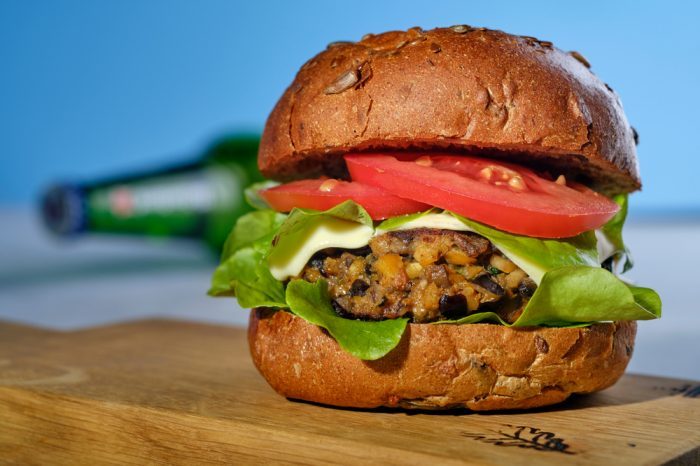 But How’s the Hemp Burger Taste?

There may be a meatless burger craze happening right now, but at least one hemp burger wasn’t developed to follow the fad. Instead, Hemp Way Foods created the burger after its founder developed food allergies and digestive problems.

She wanted to create a burger she could eat and — voila! — the hemp burger was born. She began making them for herself and her friends, but eventually word spread, and she opened a company.

RELATED  VA Cannabis Prohibition: A Disservice to Those Who Served

She described the flavor as “wholesome food” in an interview with The Denver Channel, adding that it doesn’t have the same consistency as fake meat. It’s closer to a veggie burger than a patty masquerading as beef.

Good Seed, another frozen food company, makes its own hempseed burger. Starting as a food truck in Austin, Texas, the company works to create healthy, superfood-based burgers. As the initial food truck gained in popularity, the hemp burger emerged as a customer favorite.

Now, Good Seed offers four hemp-based patties ranging in flavor from spicy Italian to wild mushroom and cauliflower. In addition to a hemp base, the burgers contain ingredients such as sunflower seeds, millet, dulse, beets, carrots, brown rice, and kombu.

The Benefits of Eating a Hemp Burger

Chowing down on a burger may not add up to anyone’s idea of a nutritious meal, but when the patty is a hemp burger, the equation changes.

The endocannabinoid system helps regulates mood, digestion, the brain-gut connection, hunger, and more. It’s a vital part of the human machine and was only discovered in 1992. There’s still a lot about it that remains mysterious. What we do know, however, is that regular intake of cannabinoids may have beneficial results.

While a hemp burger doesn’t contain the kind of cannabinoids that people usually associate with weed, mainly THC and CBD, they have plenty of other nutrients and components that may play just as a big a role in promoting health benefits as the well-known compounds.

Part of the movement away from all-beef patties is down to the harmful impact mass farming has on the environment. The Meatless Monday craze, championed by everyone from Beyoncé to Tom Hanks, has proliferated at high speed because it’s the rare opportunity to simultaneously do good for the body and the earth at once. Plus, it’s easier than ever.

A single beef hamburger produces about 6.5 pounds of greenhouse gases and uses up 1,900 gallons of water. Livestock takes up one-third of the world’s arable land. The numbers go on and on, but the point remains the same: Meat may be delicious, but it exacts a heavy toll on the earth.

Veggie patties, by contrast, produce ninety percent fewer greenhouse gases, and use only one percent of the water it takes to make a quarter pound. Hemp burgers, like nearly all products made from hemp, are amazingly good for the environment.

It’s also good for farmers. Rugged and easy-to-grow, hemp is the new cash crop in America, thanks to its legalization in the 2018 Farm Bill. It’s giving new life to tobacco farmers who’ve lately seen their profits go up in smoke, excuse the pun, due to the decline in cigarette consumption. 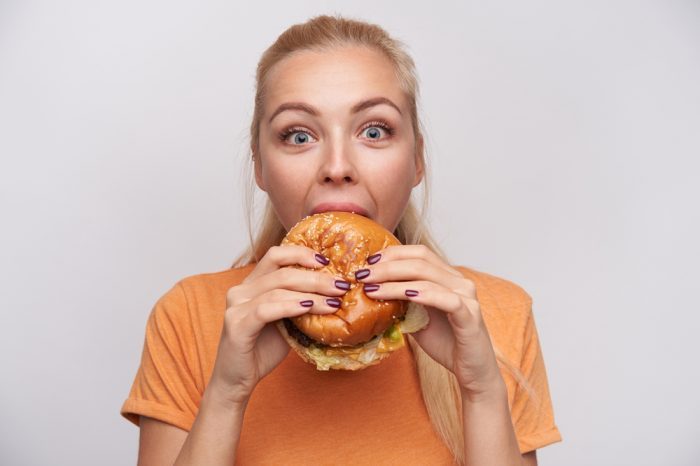 There’s only one drawback to eating a hemp burger: They may be hard to find.

The veggie craze has convinced nearly everyone that non-meat options can be just as delicious as their cow-made counterparts, but the supply chain isn’t quite up to demand. Right now, some supermarket freezers sell hemp burgers, but they are by no means common.

Let’s hope that changes. Everyone deserves a chance to eat a nutritious, tasty, burger unshackled from the health and environmental consequences of beef.

The Must Have Ingredient for Gummies: Beeswax