The Legacy of the Wonder Kid Behind “Charlotte’s Web”

Years before her life was cut short due to complications from Dravet syndrome, Charlotte rose to fame in CNN’s 2013 documentary “Weed.” The film put a spotlight on the suffering of children with rare seizure disorders such as Dravet Syndrome, and the role cannabis could play as a medicine. For Charlotte, the seizures began at three months old and what followed was a desperate search for a medicine that would stop the hundreds of weekly grand mal seizures. Fortunately, relief was found in Charlotte’s Web full spectrum CBD oil, an extraction from a plant grown by the Stanley Brothers.

Charlotte passed away April 2020, after a fight with pneumonia, possibly linked to COVID-19. The illness brought her seizures back and ultimately led to lung and heart failure.

Cannabis patients and advocates will remember Charlotte’s struggle as the tipping point that galvanized a nation towards accepting medicinal cannabis.

Charlotte’s troubles began nearly from birth, with her first seizure happening before she could turn over by herself. These culminated in episodes that occurred every half hour.

For five years, the Figis tried everything. But no pharmaceutical treatments stopped their baby girl from shaking uncontrollably. Robbed of a normal life, Charlotte’s early years were marked by increasingly shorter respite between episodes and a widening gap for childhood milestones.

Charlotte’s parents, fearing the end was closing in and with nowhere else to turn, began researching cannabis. Although largely illegal in America, doctors in countries overseas were already using it to treat epilepsy patients with great results. The Figis decided it was worth a shot.

They found growers in Colorado who were willing to grow the seeds necessary to produce a low-THC, high-CBD, cannabis plant, whose oil might help stop the seizures.

The experimental medicine was measured out to Charlotte using a medicine dropper. It would soon become known as Charlotte’s Web Full-Spectrum CBD Oil, as each day their daughter’s world changed.

RELATED  Academic Research And Fraudulent Data is a Problem

“She started talking, making eye contact, walking, and we removed her feeding tube,” Paige Figi, Charlotte’s mother told the New York Times, “The seizures were reduced to about one a month.”

She began to play games and laugh. Charlotte Figi was suddenly a child, and not just a seizure patient.

Her remarkable transformation spread across social media with the force of a juggernaut. Parents of other epileptic children rallied around the news. Others would simply marvel at the immediate and profound change that cannabis, the plant so many thought had no medical value, brought.

The Stanley Brothers, the growers who helped out the Figis, began cultivating the plant that changed the little girl’s life. The Brothers named the strain after her, and soon people hailed Charlotte’s Web full-spectrum CBD oil as a miracle cure for a disorder that had previously been all but impervious to modern medicine.

The Figis moved to Colorado so they could live in a place where Charlotte could receive her medication legally. Other families followed suit.

CNN’s Dr. Sanjay Gupta came out for legalization after meeting Charlotte. His documentary “Weed” inspired others to do the same.

In 2018, the entire country legalized hemp.

Charlotte’s story changed her country for the better. Certainly, pediatric medicine would never be the same. And more and more parents became emboldened with new hope for a myriad of disorders, including ADHD and autism spectrum disorder, through cannabis. 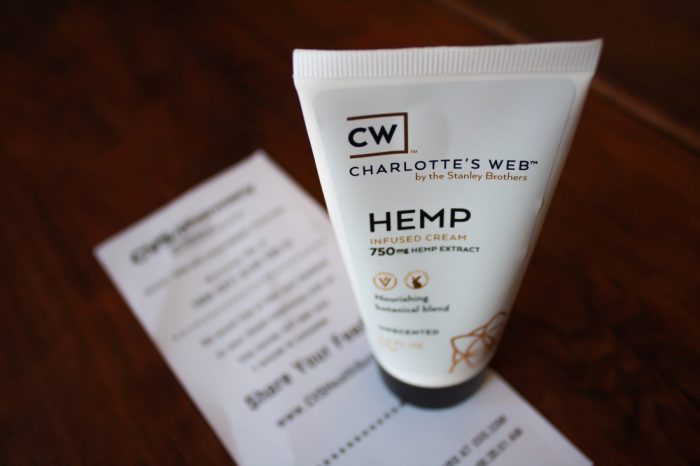 The story of the Charlotte’s web chemovar is almost as incredible as the story of Charlotte herself.

The Stanleys specifically created the medicine to produce the neuro stabilizing forces that prevent seizures while preventing the psychoactive effects of THC. The strain itself is an indica hemp chemovar that runs very high in CBD and contains less than .3 percent THC.

RELATED  Cannabis Ready to "Man Down" For Prostate Cancer

The anecdotal evidence of its efficacy on epilepsy is so widespread, researchers at the University of Colorado, Denver, are currently undertaking a clinical study on the effects Charlotte’s Web full-spectrum CBD oil has on patients with Dravet Syndrome.

The Legacy of Charlotte Figi

Her story will live on as a testament to the triumph of brave parenting over ridiculous government overreach. Also, to the victory of science over propaganda, and the success of a natural medicine over pharmaceuticals.

Above all of that, we’ll remember Charlotte as a happy little girl who got a second chance at life. A girl who inspired closed-minded people to open their hearts, a girl who galvanized a nation to change.

Since the airing of “Weed,” Americans’ perceptions of cannabis-based medicine have inverted. Ninety-one percent of U.S. adults believe medicinal cannabis should be legal shortly. This comes according to a November 2019 report from the Pew Research Center.

Change Coming to America and The World

Seeing the change her daughter inspired, Paige Figi founded the nonprofit group Coalition for Access Now, which advocates across America for cannabis-based medicine to treat chronic health conditions. It’s been instrumental in lobbying congressional representatives to support state and federal-level legalizing initiatives by telling the story of Charlotte and other children like her.

Its success has inspired other cannabis advocacy agencies, which have flourished in both number and success rates since the Figi’s story first brought the world’s attention to Charlotte’s Web full-spectrum CBD oil.

Organizations in America and across the world have taken cues from Charlotte Figi’s story to effectively change the minds of medical and political leaders and ensure widening access for cannabis patients.

The legacy of Charlotte Figi is still being written. It may go well beyond her status as an example of how cannabis can help epileptic children. Her story has broadened, and she has become the face of the benefits of cannabis-based medicine for all patients.