The Surgeon General Thinks You Have Too Much THC

The Surgeon General thinks THC levels are too high. Is he correct?

During the segment, the Surgeon General explained THC as, “The product which causes you to get high, which can cause addiction, which can cause problems.” He went on to raise concerns over “high” THC levels in professionally-grown cannabis. Dr. Adams is also concerned about the potential harm of THC-rich cannabis to young people’s brain development and in foetal development.

Dr. Adams explained the source of his concerns as the rising levels of THC over the past two decades. Studies of cannabis samples seized by police showed an average of 4 percent THC in 1995, compared to 12 percent in 2014. Strains of commercial cannabis available in dispensaries in legal states commonly contain over 20 percent THC. And products such as vape cartridges, wax, and shatter have levels of THC ranging from 50-90 percent. Cannabis edibles, which can also deliver very large doses of THC, have likewise grown in popularity in that time.

While true that cannabis has become more potent, the Surgeon General is presenting this as a public health concern. However, what should be up for debate is how concerned we  actually need to be about THC-rich weed and cannabis products.

While being “too high” from THC can cause symptoms like anxiety and nausea, and make the consumer very uncomfortable, even the strongest cannabis in the world has never directly caused a death. The same cannot be said for alcohol, which the Surgeon General compared to THC-rich cannabis. 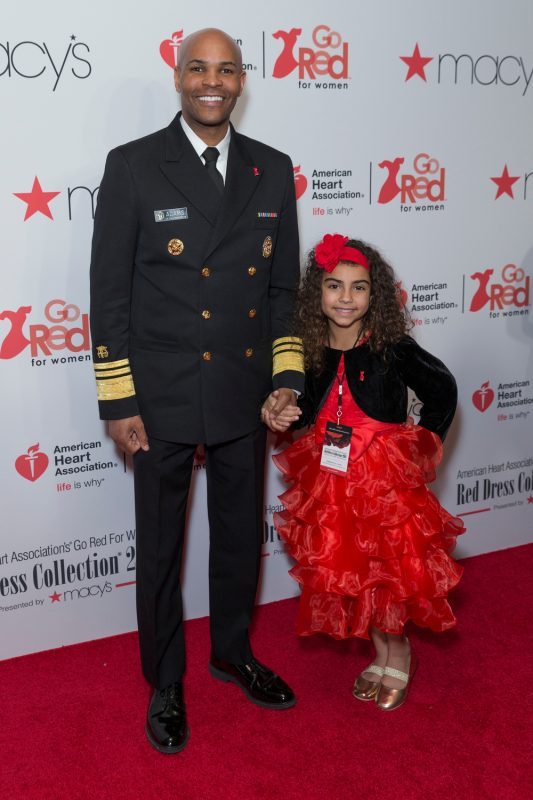 “I like to have a glass of wine every once in a while, but that doesn’t mean I endorse going out and drinking a pint of grain alcohol,” Adams explained to Rising host, Saagar Enjeti. His analogy compared potency of weed from “back when we were kids” to modern, commercially-grown cannabis.

However, this analogy was a poor choice of argument to bring to the debate. After all, studies have conclusively found cannabis to be safer than alcohol. Both adolescents’ developing brains and foetal development, Adams’ biggest concerns, are at greater risk from alcohol than cannabis. Also, cannabis is the only drug in an NIH study that did not cause fatalities. The study uncovered data proving cannabis to be 114 times less deadly than alcohol.

A 2018 study from the University of Colorado Boulder showed that alcohol prompted damaging long-term changes to white and gray matter in young people’s developing brains. Changes to the balance of these two types of brain tissue can have serious effects on cognitive performance. The same study showed that cannabis did not cause similar long-term changes.

Pregnant women, however, may need to be worried about the effects of cannabis on their baby. We’ve long known alcohol is dangerous for a foetus; Fetal Alcohol Syndrome has been studied for decades. While early studies of taking cannabis during pregnancy suggest this causes low birth weight and preterm labor, prohibition has prevented further research.

But this shouldn’t be an argument against legalization. If anything, legalization will allow for further studies to demonstrate the effects of cannabis on foetal development. If proven dangerous, legalization would allow for a public education campaign to inform people about risks and responsible cannabis consumption.

In fact, in a report in the New York Times, four previous Surgeon Generals have told stories of being muzzled for sharing unpopular health advice. It should be noted that most of this “unpopular” advice later proved to be true. With this in mind, it’s not surprising to hear Dr. Adams promote views that parrot the Trump administration’s inconsistent stance on cannabis.

However, Adams’s interview on Rising doesn’t fully reveal his view on cannabis, which is not always in line with the administration. Adams has actually stated publicly that he believes the current scheduling of cannabis restricts research. He believes this creates a catch-22, where lack of research prevents informed rescheduling. Adams has also spoken in support of cannabis’s medical uses, but has stayed silent on recreational consumption.

History with the Opioid Epidemic

Prior to assuming his current role as Surgeon General, Dr. Adams served as Indiana state Health commissioner. He saw the effects of the opioid crisis firsthand and has spoken extensively on the issue. He even published a report in the American Journal of Public Health debating the opioid epidemic’s causes. So, he must also be aware of the multiple studies that show opioid overdoses decrease in areas with legalized cannabis.

While it’s possible that the Surgeon General does understand the benefits of cannabis. Or, the need for legalization. Adams’ interview on Rising suggests internal conflict on the issue. Of course, this seems to stem mainly from what he sees as too high of THC levels.

But clarity about his office’s views is paramount after decades of misinformation and over-politicization of the issue. Hopefully the next time Adams speaks about cannabis he will remember that loose, poorly chosen analogies aren’t going to lend him credibility. Moreover that cloudy information regarding “too high” THC levels and their effects isn’t going to benefit public health.