Researchers Probe Whether Cannabis Reduces Aging in the Brain

Tommy Chong and Willie Nelson swear cannabis keeps them young. What does science say about cannabis and dementia?

Ever since the discovery of the endocannabinoid system in the early 1990s, researchers have been busy peeling back the layers of this body-wide network of signals and receptors. One of the most recent discoveries about the role of the endocannabinoid system comes out of the University of Bonn in Germany. This new research reveals important connections between aging, neurological inflammation, and cannabinoid signaling. The team is laying the groundwork for future links between the recent study, “Cannabinoid 1 Receptor Signaling on Hippocampal GABAergic Neurons Influences Microglial Activity” and therapeutic doses of THC. It’s one of an increasing number of studies looking at cannabis and dementia.

Microglial? GABAergic? Cannabinoid 1 Receptor? What it All Means

The endocannabinoid receptors, CB1 and CB2, are the mailboxes of internal chemical communications. Our bodies sense stress and release information on how to deal with this stress through chemical transmissions. These mailboxes – the receptors – receive them. Different areas of the body contain different concentrations of cannabinoid receptors, with CB1 chiefly found scattered throughout the brain.

Cannabinoids from cannabis, like THC and CBD, work within this network of chemical communications and little mailboxes to influence how our bodies respond to various stressors. For example, when we smoke THC, most people find it relaxing and euphoric. Why? The CB1 receptor in our brains forms a strong bond with THC, leading to its psychoactive effects.

Now, let’s leap from CB1 cells to the second area of focus in this study, the microglial cells. So far, neuroscientists have uncovered nine different types of microglial cells. While they each have individual characteristics, all appear focused on protecting the brain from damage. Considering they make up 10 to 15 percent of the total brain cells, one cannot emphasize their importance enough. Some of their jobs include cleaning up plaque in the brain, getting rid of unused neurons, and keeping out infectious invaders. Their primary function is acting as the brain’s immune defense – which primarily means managing inflammation.

An inflammatory response isn’t always a healthy one. It can quickly get out of hand and damage even the healthy brain tissue. Researchers are now confirming that there is a second player in our brains controlling the overly excitable defense system. Endocannabinoids, both naturally produced in our bodies and those sourced from plants like cannabis, put the brakes on overactive inflammatory responses.

There is a constant battle for dominance in our brain. The super-excitable and inflammatory stimulating microglial cells on the one side, and the calming, inflammatory-reducing response of our endocannabinoids on the other. Scientists have known for a while that the microglial cells listen to the endocannabinoids, which is why in a healthy body inflammation is kept in check. What has stumped researchers – until this recent study – is how they communicate. After all, the microglial cells don’t contain cannabinoid receptors. In other words, these two aspects of our brain don’t speak the same language.

The breakthrough published in 2018 in Frontiers in Molecular Neuroscience, uncovered how these two opposing forces communicate. The researchers believe a specific group of CB1 laden neurons serve as middlemen, essentially the translator. These cells are a GABAergic agent. The neurons contain many CB1 receptors, which is why the endocannabinoids can both talk to them, and control their activity.

According to one of the lead researchers, “We have studied laboratory mice in which the receptor in these neurons was switched off. The inflammatory activity of the microglial cells was permanently increased in these animals.” Using genetically modified lab mice, the authors of this study have discovered that CB1 receptors are vital to controlling inflammatory responses within the brain.

What this Means for the Potential of Cannabis and Dementia

Inflammation is intimately connected to aging, at least so far as being a central component of many age-related conditions like dementia, Parkinson’s, Alzheimer’s Disease, frailty, and others. Chronic inflammation wreaks havoc in the brain. And if left unchecked it continues to destroy healthy tissues even after the initial trigger is exterminated. Research on aging is now focused on understanding,  then controlling, inflammation. This is why the study from the University of Bonn is so important. The missing piece between neurological inflammation and endocannabinoid signaling may finally be in place.

The team behind the University of Bonn study is slowly building a case for cannabis as a therapeutic agent in age-related illness. In 2017, they published a preliminary animal-study on how cannabis reduces aging in mice. Their groundbreaking study applied mice with low doses of THC but not enough to trigger a high. They found it restored the cognitive function in old mice. 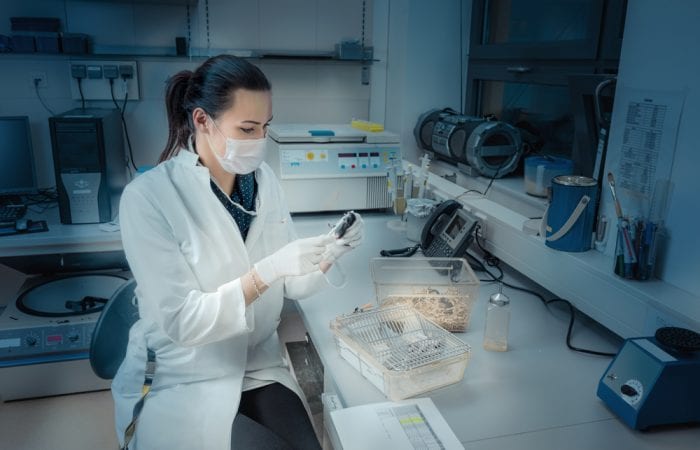 With their new study, the team in Germany is one step closer to making cannabis treatment a reality in geriatrics. Both studies, taken together, make a strong case for more work into using cannabis for age-related neurological illness. First, these early studies indicate that THC reduces the neurological signs of aging (rodents). Secondly, these show how endocannabinoid signaling is the mechanism that may link the benefits of cannabis and dementia. A prescription for THC to reduce the progression of dementia may be a long way off yet, but that’s not going to stop Willie Nelson from trying in the meantime.