All that glitters is not gold, except when it’s a frosty bud from some expertly grown cannabis.

That glistening of cannabis buds is due to the presence of trichomes. And those hair-like structures hold the key to the medicinal properties of cannabis.

Trichome comes from the Greek word for hair. And just like hair, trichomes can be straight, spiraled, shiny, sticky, oily, and even intensely aromatic.

When it comes to medicinal cannabis, the beneficial properties don’t lie within the seeds and stalks of poorly trimmed bud. Rather it’s the trichomes that quite literally hold the medicinal compounds. The glands which lie atop those thin hair-like stalks are filled with a potent resin consisting of cannabinoids, terpenes, flavonoids, and much more.

It’s the mixture of these medicinal compounds that make a particular chemovar what it is. The potent synergies that play out between these compounds held in the trichomes aid in everything from the treatment of chronic pain to preventing seizures. 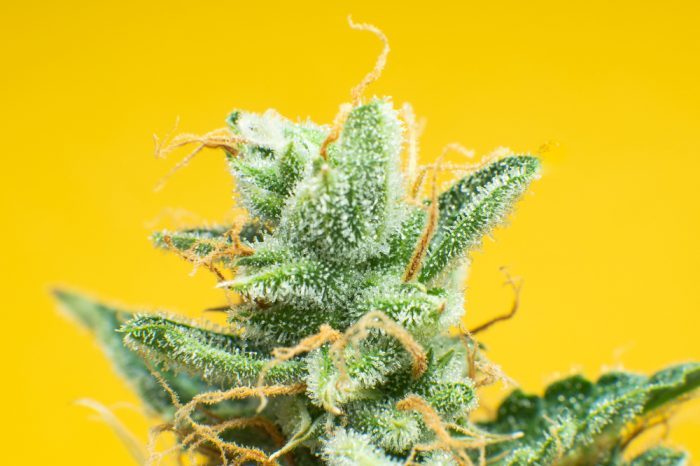 The evolutionary adaptations that led to the formation of trichomes in the plant kingdom is truly remarkable. They function primarily as a defense mechanism, protecting the plant from exposure to things such as UV light, insects, and temperature variations.

Trichomes are found widely across nature and have many different roles depending on the plant. On leaves and stems, trichomes deter herbivores. For seeds, trichomes help ensure a smooth flight in the wind. On aquatic plants they function like inflatable lifejackets that keep the plant afloat. Finally, on moss, they help absorb moisture.

Cannabinoids begin to synthesize within the trichome as the cannabis plant enters the bloom phase. Trichomes initially begin to form on the outer surface of the vegetation. The building blocks for the soon to be produced medicinal compounds are transported from the stalk where they are metabolized within the glands to cannabinoids.

The rate at which trichome production occurs is dependent on both plant genetics and the growing environment. UV light is one key factor that is of critical importance to both cannabinoid and terpene production. 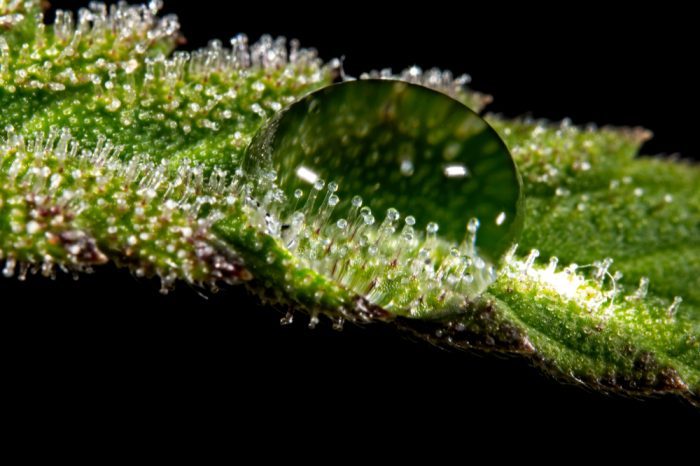 How to Increase Trichome Production

The production of quality cannabis means that growers must place a large emphasis on trichome production. As the source of many of the medicinal benefits of cannabis, the higher the density and the larger the size, the better.

In addition to ensuring the environmental conditions are just right for optimal trichome production, many growers will supplement development. Terpenator and Rezin from Green Planet Nutrients are two commonly used commercial solutions. They help spin that enzymatic wheel a little faster and help ensure a grower gets the most out of the plants.

It’s also worth mentioning that while many focus on trichome production, the preservation is just as important. If cannabis is cured in an environment with low humidity and high temperatures, many of the trichomes will be unavoidably lost. Colder temperatures during the drying process with decrease trichome loss.

Broad-spectrum light maximizes trichome density. The results obtained will vary greatly with the chemovar in question. The reason this approach works is that UV-B light, in particular, is harmful. A trichome acts in effect act as a sunscreen for the plant, and with increased UV-B, the greater the necessity to protect the plant with a higher density of them.

A study, published by the American Society of Plant Biologists (1992), investigated how photoperiods are tied to trichome density in plants. Researchers found that longer day lengths, as opposed to increased temperatures, were responsible for more of an increase in trichome density. It’s this natural predisposition that smart growers have learned to capitalize on for maximum trichome density.

RELATED  How To Make BHO Gummies 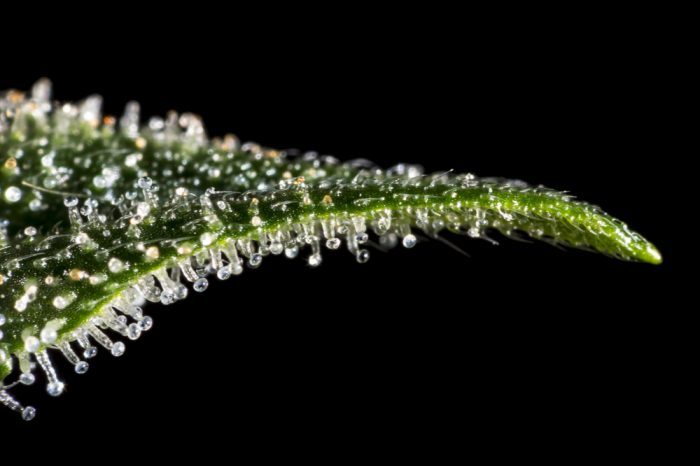 Types of Trichomes in the Cannabis Plant

Whether to ward off insects or herbivores via physical or chemical means, trichomes come in many different shapes and sizes. In the cannabis plant, there are three predominant types.

Bulbous trichomes are the smallest type, measuring ten to thirty microns in length. They begin forming when the plant is young and help protect it from the elements. Scarcely visible to the unaided eye, these consist of a short stalk and a gland that holds the resin. As the trichome develops, a “bulbous” swell develops at the top and holds the medicinal compounds within.

As the largest and most prevalent form of trichome of the cannabis plant, Capitate-Stalked Trichomes measure in at between fifty to five-hundred microns. Due to the large size, these can be easily detected by the unaided eye. Capitates appear as an elongated stalk with a puffed gland head attached.

These develop during the flowering phase and coat the small leaves that surround new buds. Growers see capitate-Stalked trichomes for the high concentrations of medicinal plant compounds.

The next time you purchase frosted buds at the local dispensary, you know a little more about what lies within that magic coat that glistens!