According to a recent press release from a start-up out of Israel, patients could soon find combinations of cannabinoids, botanicals, and different types of medicinal mushrooms heading into clinical trials. Cannabotech is crafting novel combinations of all-natural, medicinal compounds, like cannabinoids and different types of mushrooms, to target specific health conditions. With the booming medical cannabis industry, plus the growing excitement for medicinal mushrooms, they are banking on the healing power of this unique combination of medicinal ingredients.

The Pitch: What is Cannabotech Working On?

Cannabotech is working on creating specific combinations of cannabinoids to target particular health conditions. On the fungi side of the formula, they are sticking with medicinal mushrooms and are not exploring any psychedelic varieties (yet).

On the cannabinoid side, there is an interesting perspective. According to Cannabotech founder and CEO, Elchanan Shaked, “We believe that the secret to the plant’s activity lies in cannabinoids that appear in small quantities in the plant. If you change the ratios between them and increase their concentration in the final product, very high medical effectiveness and unique compounds for treatment of various diseases can be attained.”

The team behind Cannobotech plan on tinkering with cannabinoids to improve upon the spectrum created during the natural growth cycle. While many cannabis producers are focused on extensive breeding programs for cannabinoid profiles, Cannabotech is banking on the potential of value-added products. They predict, by the year 2030, almost half the global cannabis consumer market will be made up of cannabis-based medicine.

So far, they have several unique formulas under development. These include cannabis-fungi combinations for the treatment of colon cancer, inflammatory diseases, heart disease, fatty liver disease, and unexplained infertility.

While none of their formulae have gone through clinical trials, Cannabotech is on a mission through a global crowdfunding campaign to raise enough capital to begin these well-controlled studies.

RELATED  How Successful is CBD as a DIY Dandruff Treatment? 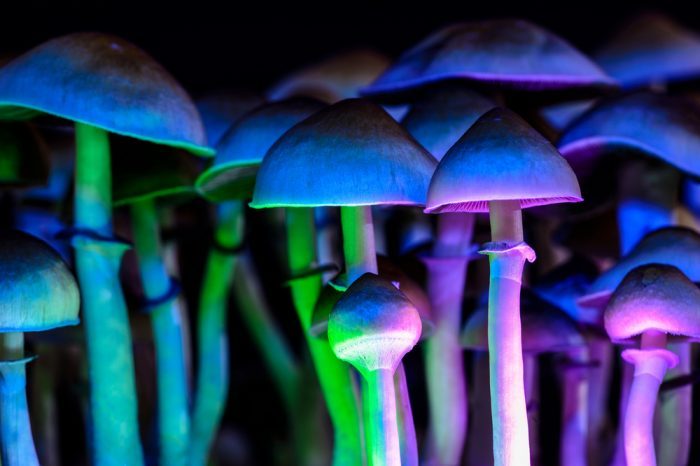 A Deep History of Medicinal Applications

Cannabtech isn’t coming out of left-field with their idea to turn many types of mushrooms into medicine. Mushrooms have been an integral aspect of human culture for thousands of years. Cultures around the world have foraged for fungi for medicinal applications, shamanic purposes, and foodstuff for millennia.

Mushrooms remain a central ingredient in traditional Chinese Medicine. There is also evidence that Greek physician Hippocrates used mushrooms as medicine in 400 BC. From all over the world, across all cultures, there is overwhelming archaeological evidence about the importance of fungi as medicine.

Some Types of Mushrooms Are Ancient Medicine

Medicinal mushrooms are not just a remnant of ancient medicine, they continue to play a big part in modern medicine. According to “The Microbial Pharmacy: FDA Approved Medicines From Fungi,” millions of people every year receive pharmaceutical preparations of therapeutically beneficial mushrooms (or fungi). Many may not even realize it.

Perhaps the most famous pharmaceutical fungi to date is penicillin. In 1928, Alexander Fleming accidentally discovered the existence of this substance after finding contamination in his Petri dish. Once he was able to isolate it, this mysterious contaminate became the first true antibiotic. It became the first member of a family of fungi-based pharmaceuticals known as penicillin.

Another example comes from a common edible mushroom: shiitake. Researchers have found therapeutic value from some of the extracted compounds in shiitakes. Lentinan, for example, has demonstrated antimicrobial and immune-boosting benefits.

Turkey tail, a common wild and cultivated mushroom, is now going through clinical trials as an adjunct therapy to chemotherapy. This clinical trial will examine whether it can boost the immune system of patients undergoing chemotherapy. 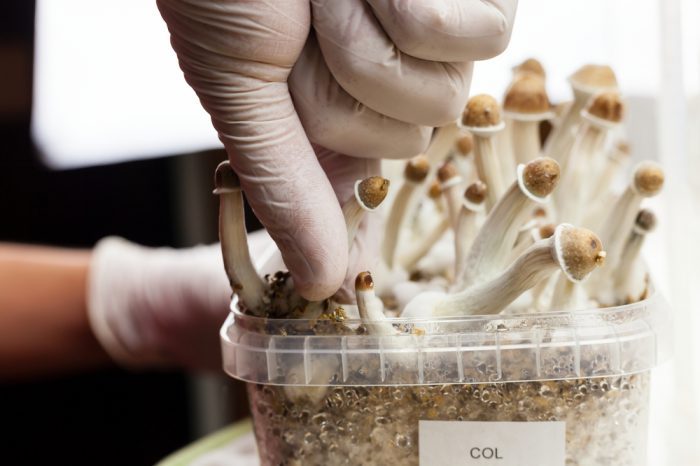 Types of Psychedelic Mushrooms in Medicine

Beyond the strictly medicinal applications of mushrooms, there are also the many healing opportunities presented by some of the psychedelic properties. The psychedelic properties of certain types of mushrooms have earned significant attention over the last few years. There has been a push for legalization, stemming from a wave of research demonstrating positive benefits for mental health.

The John Hopkins Center for the Psychedelic & Consciousness Research has published over 60 studies exploring the potential of psychedelics for the treatment of addictions, treatment-resistant depression, and existential distress from chronic disease.

Soon, they will also be looking into psilocybin (the psychoactive compound in mushrooms) for the treatment of other conditions, including: “opioid addiction, Alzheimer’s disease, post-traumatic stress disorder (PTSD), post-treatment Lyme disease syndrome (formerly known as chronic Lyme disease), anorexia nervosa and alcohol use in people with major depression.”

Although Cannobotech is sticking with non-psychedelic varieties, it’s not a far stretch of the imagination to envision combinations. Cannabinoids and psilocybin have each had success as novel anti-depressant or anti-anxiety treatments.

As the John Hopkins Research Center has discovered, psilocybin has the potential to treat these mental health issues. Researchers are also exploring certain cannabinoids for the treatment of these very same mental health concerns. Certain types of mushrooms and cannabinoids seem to have clear overlapping areas of therapeutic value. Psychedelic mushrooms are riding the wave of cannabis legalization. 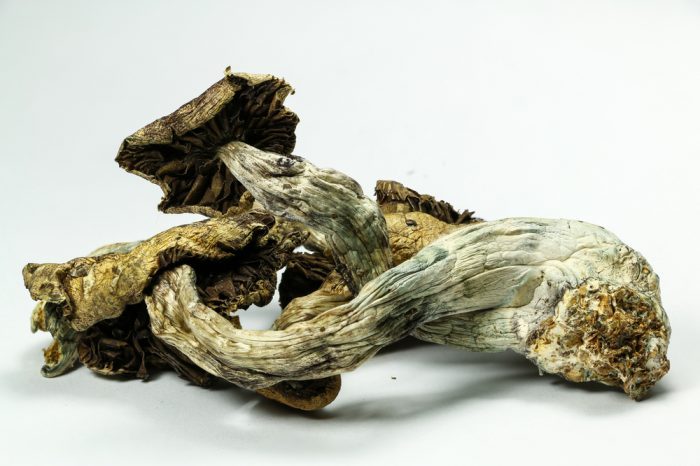 Finding Added Value in Plant (and Fungi) Based Pharmaceuticals

Given the incredible medicinal value of both mushrooms and cannabis, Cannaotech might be onto something. Instead of strictly focusing on cannabinoids or types of mushrooms, they are looking for winning combinations with synergistic therapeutic value.

Depending on result, the future of medicine may belong to cannabis and fungus-infused pharmaceuticals.