Editor’s Note: This bill has now passed the house through appropriations legislation each year since 2014. It passed again on July 30th 2020. It will continue to prohibit the DoJ from interfering with state and tribal cannabis programs. That is, as long as it once-again passes the Republican-controlled Senate.

Steven Hawkins, executive director of the Marijuana Policy Project, called this “the most significant step Congress has ever taken toward ending federal marijuana prohibition.”

The bill is an amendment to a coming House Bill setting the Department of Justice’s (DOJ) budget. Essentially, it will prevent the DOJ from spending federal money to interfere with state cannabis programs.

Is This the End for Federal Interference?

A 2014 amendment already exists to protect states that permit the cultivation and distribution of medical cannabis. Now, however, the DOJ will be unable to interfere with the 11 states that have legalized recreational cannabis.

The Bill is a major victory for cannabis and its advocates, even if it does not pass the Republican controlled Senate. If it does become legislation, however, the change will take effect at the beginning of the 2020 fiscal year (October 1st). Much like other spending bill provisions, approval will be in effect for one year. 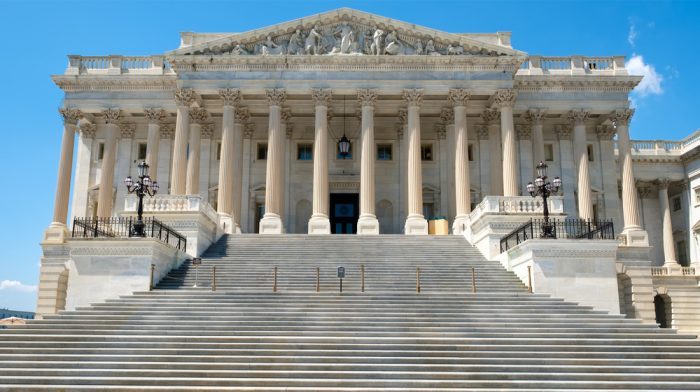 This Bill has come at a time of great momentum for cannabis. Members from both sides of the U.S. political landscape are working on multiple bipartisan projects. Each has the goal to protect autonomy of states with legalized medical and/or recreational cannabis programs.

Ending Prohibition One Bill at a Time

Bill sponsor, Earl Blumenauer (D-Ore), told the Associated Press “We are watching the growth of this industry — a multibillion-dollar industry. We are watching state after state move forward.”

Blumenauer probably said it best, however, when he tweeted: “With every committee hearing and amendment introduced, we are one step closer to ending the senseless prohibition of cannabis and the failed war on drugs.”

Times are changing and finally, it looks like the U.S. government is catching up.