Proper VA Health Care, including access to medical cannabis is an ongoing battle as cannabis is still federally illegal.

There are more than 18 million veterans in the US. Each one has risked their lives to serve the needs of the country. Now, President Donald Trump and his administration are failing to serve them in return. During a congressional hearing at the end of April, the Department of Veterans’ Affairs (VA) came out in opposition to three critical bills designed to amend cannabis policies for veterans in legalized states. There was widespread support for these changes to VA healthcare, but not, apparently from those sitting in the current administration.

Veterans are Turning to Cannabis for PTSD and Pain

The congressional hearing, which bundled three bills into one larger discussion, came at a time when veterans in more than 30 states have access to legal cannabis. Another 12 states allow for medicinal use of CBD oil or low-THC products. More and more veterans are turning to cannabis as an alternative treatment option for chronic pain from injuries sustained while in service, Post Traumatic Stress Disorder (PTSD), and other mental health issues.

According to the latest numbers from the National Center for PTSD, up to 20 percent of US Veterans return from service with symptoms of PTSD. If we step back to look at veterans’ mental health more broadly, roughly 30 percent of active duty personnel are believed to have some mental health issue. Yet, only 50 percent of returning veterans seek medical treatment.

On top of these discouraging statistics, data from the National Health Interview Survey (NHIS) indicated 9.1 percent of veterans experience chronic pain. This number may increase with a report of active infantrymen. As a result, veterans have higher rates of opioid use, addiction, and suicide than the average American.

As Rep. Earl Blumenauer (D-OR) said during the congressional hearing, “One of the great tragedies of our time is the failure to adequately address the needs of veterans returning home from Iraq and Afghanistan… An overwhelming number of veterans tell me that cannabis has reduced PTSD symptoms [and] the dependency on addictive opioids.”

What Bills Were Up for Debate?

There were three related bills up for discussion during this pivotal congressional hearing. Each sought to address the needs of veterans, and close the gap between VA healthcare policies and the realities experienced by veterans in legalized states.

One of the reasons why medicinal cannabis use isn’t more widespread is the lack of clinical study. Time and time again, politicians cite gaps in research as a reason to oppose legalization. This bill, introduced by Representative Lou Correa (D-CA), seeks to change that. It would force the VA to launch research into cannabis use for medical conditions affecting veterans. Of particular note, the bill would seek to enforce research on cannabis for chronic pain and PTSD.

Representative Earl Blumenauer (D-OR) introduced this act to give veterans access to medicinal cannabis recommendations through the VA healthcare system. Today, veterans must go outside their insurance network to pay for a cannabis recommendation, which can be hundreds of dollars. This act would give VA physicians the ability to recommend cannabis treatment while keeping the veteran within the insurance network.

Representative Greg Steube (R-FL) proposed the Veterans Cannabis Use for Safe Healing Act. This act seeks to federally legalize cannabis use by veterans who live in legalized states. Currently, it is illegal, and veterans risk losing their VA healthcare benefits if their medicinal cannabis use is discovered. 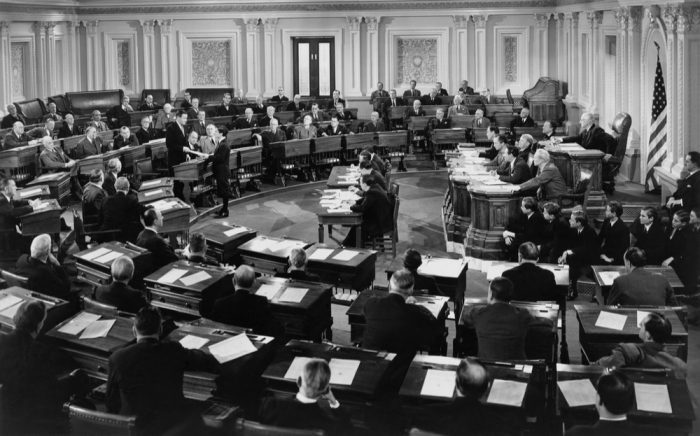 Between those called to testify to the congressional committee and the subcommittee members, there was widespread support for these three pro-cannabis bills. However, many of the representatives from the VA itself, including Keita Franklin, adamantly opposed the proposals.

Franklin is the national director of suicide prevention in the VA’s Office of Mental Health. She stated the VA Medicinal Cannabis Research Act was too risky. In her opinion, there was not yet enough preliminary work to reduce the risk for human study. She proposed, “a smaller, early-phase trial design would be used to advance our knowledge of benefits and risk regarding cannabis before moving to a type of more expansive approach as described in this proposed legislation.”

Based on guidance from the Drug Enforcement Agency (DEA), the VA also opposed the Veterans Equal Access Act. The DEA has declared that no VA doctors may recommend cannabis use to their patients. The DEA “advised VA that no provision of the controlled substances act would be exempt from criminal sanctions as a VA physician who acts with intent to provide a patient with means to obtain marijuana.”

Franklin and the VA Office also opposed the final bill in front of the congressional committee. In their opinion, there is already legislation in place protecting veterans from loss of benefits due to medicinal cannabis use. Other subcommittee members disagree, stating the need to codify this legislation into law before a future administration reversed it.

No matter the level of support for these bills across party lines, in the general public, and by physicians, the Department is tied by cannabis’s current Schedule I status. Even the VA’s chief consultant on population health, Larry Mole, blames the Justice Department for the stagnation on these issues.

Despite the current administration’s opposition, there’s momentum behind the movement for cannabis access for veterans. As the director of government affairs at Americans for Safe Access so eloquently put it, “After returning from war, America’s heroes are faced with another battle at home against pills and suicide, and the trio of medical cannabis bills would give them the tools they need to help win this battle by providing less dangerous, non-addictive methods for symptom management.”