Vets and suicide rate represent a national failure in mental healthcare. Why are their representatives lying about cannabis medicine?

A Republican lawmaker from Texas lied about a scientific study in order to prevent U.S. combat veterans with PTSD from gaining access to medical cannabis. Making up stories about weed is nothing new for lawmakers, but the issue of vets and suicide was previously thought to be beyond the pale. Clearly, it is not.

Donna Campbell, a physician and senator representing New Braunfels, is head of the Veterans Affairs Committee in the Texas Senate. Given her position and medical training, she sits in a perfect position to make a difference for suffering soldiers.

Yet, when the Lone Star State took up a bill to broaden the number of diseases that medical cannabis is allowed to treat, she pumped the brakes hard. She cited a fabricated study that claims that 70 percent of veterans who commit suicide have THC in their system.

Campbell was trying to stop the use of medical cannabis to manage post-traumatic stress disorder, or PTSD. This is a terrible psychological condition that afflicts anywhere from 9 to 30 percent of U.S. veterans who have served overseas. It’s a dangerous condition that can cause troops to re-live their traumas, and heavily contributes to the link between vets and suicide.

Campbell said she was not convinced that medical cannabis is a good treatment for PTSD because of a study she claimed to have read. Since her statement, PolitiFact has rated the claim as “Pants on Fire” and many other outlets have attempted to gain a copy of the study from Campbell’s office only to be repeatedly denied.

The study simply does not exist. If it did, she would be duty-bound to share it. Instead, she made up a lie and has not come clean. But why?

Campbell was trying to limit the scope of medical cannabis, but clearly not for the benefit of soldiers. 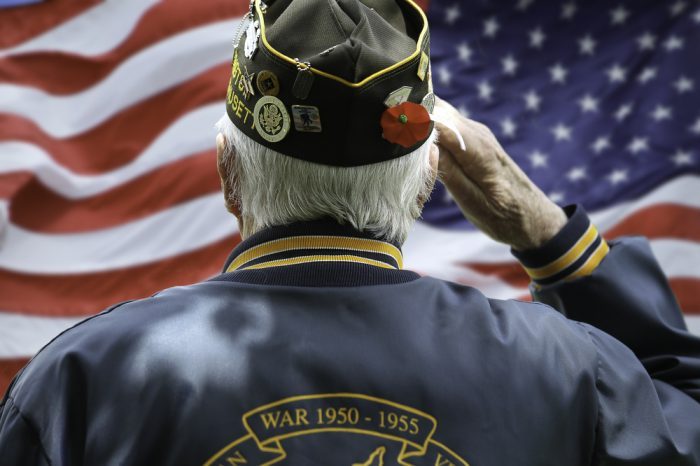 Why the Facts Don’t Matter

This is not the first time that Sen. Campbell has come out against medical cannabis. In 2017, she received a letter from former U.S. Army officer Ian Benouis, a graduate of West Point who flew Blackhawk helicopters during combat operations in Panama. Now a lawyer and veteran activist, Benouis requested the senator’s support for a medical cannabis bill.

The former soldier pointed to statistics: 20 veterans a day take their own lives. Studies show that opiate deaths always drop where medical cannabis is legalized. And finally, medical cannabis saves state money by the millions.

She denied the request.

In her rebuttal, the senator offered no studies of her own. She quoted no statistics. She said simply, “I am not in favor of expanding medicinal use, although, I am not closed to hearing expert testimony and will take the information into consideration.” She thanked him for his service, but declined to help out others who, like Benouis, risked their lives and limbs for the country.

Vets and Suicide: What the Cannabis Research Says

While Campbell clearly does not value facts, some of us do. Luckily, real, peer-reviewed studies that analyze cannabis, vets, and suicide certainly exist.

A study from 2016 examined trends of veterans from the Iraq and Afghanistan wars. Researchers discovered that suicide rates among the group had doubled between 2001 and 2010, and attempted suicides had increased markedly.

The study concluded that suicidal ideation was strongest among veterans with drug problems, unmet healthcare needs, major depression, psychological distress, and alcohol addiction. Chief among those problems were drugs and mental healthcare.

Charitably, we could say that people like Sen. Campbell may have misunderstood this kind of data. They may have seen “drug use” and thought “cannabis.” But that’s misleading. The reality is that the study doesn’t provide any numbers for cannabis. THC was lumped in with all illicit drugs, including cocaine and opioids. Furthermore, she is contributing to these rates as her rejection of the cannabis bill restricts the kind of mental health care that veterans can receive.

A different study from 2018 specifically analyzed statistics about vets and suicide. It found that only 9 percent of veterans who killed themselves had cannabis in their systems. Comparatively, alcohol was present in 32 percent, anti-depressants in 24 percent, and opiates in 21 percent of veteran suicide deaths.

Campbell has not yet come out against alcohol, anti-depressants, or opiates — or tried to deny these to combat veterans. 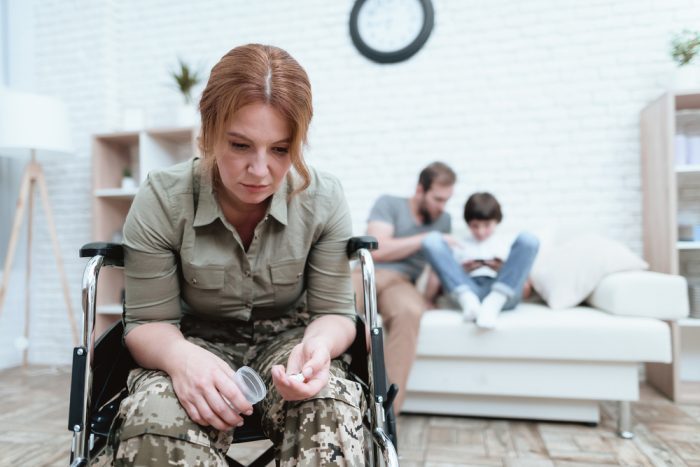 Facts on the Ground

Representatives like Campbell will always be an obstacle to helping veterans (or anyone) get quality, affordable medical care. Although the Republican party likes to drape itself in the stars and stripes while championing war veterans, the reality is that the party’s current platform does little to help those who served.

Why? It’s a question of money. Big Pharma breaks donation records every election cycle, with the biggest donations going to Republicans. (That doesn’t mean Democrats are off the hook — they take pharma money, too. Just less of it). Any expansion of medical cannabis means fewer dollars going toward pills. For many politicians, that’s all it takes. The quid pro quo is alive and well.

What’s more, Campbell is a proud Christian who represents a very conservative district outside San Antonio. The average voter there may not value facts so much as belief.

So the fact that veterans are killing themselves at alarming rates and crying out for relief may not hold sway for Campbell or those who put her in power. Let’s hope Texas veterans can hang on until the matter comes before the legislature again, and that help may finally be on the way.