With Water Security Issues Should Arid States Be Allowed to Grow Cannabis?

Maintaining water security is a pressing issue for the next century, what does that mean for thirsty crops like cannabis?

The booming medicinal and recreational markets across the U.S. means a surge in cannabis cultivation. But in the arid southwest, where water supplies are dangerously low, many worry that cannabis cultivation will use a disproportionate amount of water. Does cannabis affect water security?

Is Water Security an Issue in New Mexico?

New Mexico is a water-stressed state. In late 2019, the Rio Grande dried up again, a trend that looks set to continue. A report published by the United States Environmental Protection Agency (2013) doesn’t paint a pretty picture of what the future may hold. With the population projected to increase by at least fifteen percent by 2030, along with an ever-depleting water supply, New Mexico has real issues around water sustainability.

Eighty-seven percent of the state’s public water comes from groundwater—that’s more than any other southwestern state. According to the report, groundwater levels in Santa Fe are down. They’ve dropped 300 feet in the past ten years.

How Much Water Does a Cannabis Plant Need?

Growing cannabis is a complex task, and calculating the water requirements of the plant isn’t an exact science. Several factors influence the amount of water required, including the geographic location and climate. Are the plants sitting under a baking New Mexican sun? Or are they bathed in the misty rain of the Pacific northwest? Then there’s the soil itself. Does it drain fast or slow? Is it compact or well-aerated?

Plants grown indoors often use considerably less water. The growing conditions inside tend be more under the grower’s control and often much more efficient. Many grows will even come up with ways to recycle the water supply to reduce the demands.

Outdoor plants in the arid New Mexican landscape may require three times as much water as those in more temperate climes. But estimates vary widely for how much water each plant requires.

A report published by the California Department of Fish and Wildlife (2015) ascertained that a single plant grown outdoors in the Emerald Triangle of northern California might consume up to six gallons of water per day. California NORML, an organization dedicated to cannabis law reformation, contested the findings and claimed consumption of 2.3 gallons per day is more likely. 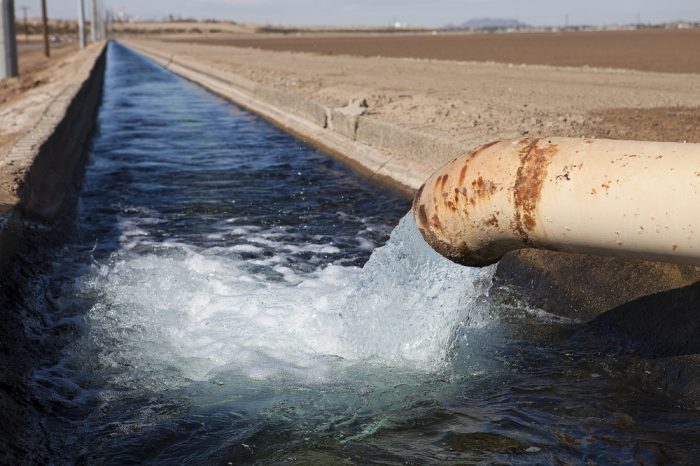 What is the Threat From Cannabis to Aquifers?

Many proponents of cannabis boast of the tax revenue generated by legalization. However, few are showing concern about how the widespread cultivation may affect water supplies in certain parts of the U.S..

The issue is particularly pressing in the west, where the arid land west of the continental divide means an increased demand on diminishing groundwater levels. Arguably, the most significant problem the cannabis industry faces is in the creation of regulatory framework. In the midst of the fast-paced expansion of the industry, authorities often play a game of catchup. They must react quickly to a booming market, and the future consequences of their decisions remain unknown when it comes to water supplies.

This paper published by Ryan Stoa from Florida University (2016) highlights the issue. Stoa foresees a reworking of existing legislation and states that “in order to promote sustainable, responsible, and legal marijuana cultivation, while administering water rights equitably, states will need to adjust their regulatory frameworks to address the challenges that marijuana legalization presents.”

The issue is further muddled by the fact that medicinal cannabis in the state of New Mexico doesn’t fall into the category of traditional agronomic crop. As a result, its regulation falls under the department of health in the state. Other states, like Oregon, consider cannabis an agricultural activity, and thus the state’s water laws apply equally to cannabis cultivators.

Alfalfa is one of New Mexico‘s most important crops. It’s a thirsty crop, and due to its long growing season, it uses substantially more water than most other crops, including cannabis.

Increased cannabis cultivation in New Mexico means that many farmers will take over land previously used for much thirstier crops like alfalfa. Where irrigated fields full of alfalfa were once commonplace, in time, perhaps the sight of more water-efficient drip-irrigated cannabis grows may become the norm. 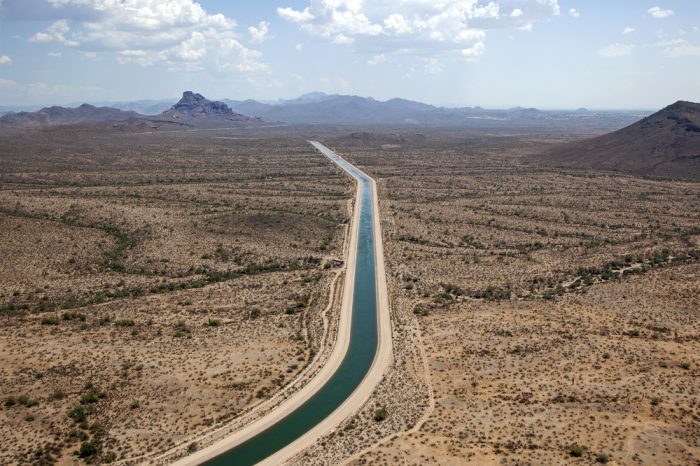 Another critical factor when it comes to water usage is land use. The economic benefits per acre of cannabis grows far outweigh that of crops like corn and alfalfa.

With the passing of the Farm Bill in 2018, hemp is now an attractive alternative to other less lucrative crops. Some U.S. farmers report revenues of $90,000 per acre for CBD oil derived from hemp cultivation.

This is far beyond the revenue generated by crops like alfalfa, where farmers make around $600 per acre.

Money talks after all, and hemp is an ever more enticing choice for farmers. And while thoughts of water sustainability often take a backseat when there’s money up for grabs, water security still remains an important issue⁠. And one that farmers, consumers, and, most importantly, legislators must collectively tackle.