What are the Performance Benefits of Working Out High?

Many associate the effects of cannabis with lethargy and a lack of motivation. Nope.

You might be saying, “How is working out high a thing?” Well, it is, and for good reason. Many athletes consume cannabis mindfully to enhance their sporting performance. The benefits of cannabis extend far and wide. For athletes, these range from anti-inflammatory and pain-killing benefits to improved focus, recovery, and digestion, as well as increased enjoyment.

With rampant doping across many elite sports, the public at large has an aversion to any artificial manipulation of performance. There’s little doubt that certain substances bring about monumental increases in the abilities of top athletes. Substances like EPO, testosterone, and growth hormone bring about transformation in endurance blood markers, strength, and muscular development.

While cannabis doesn’t do any of this, it is a performance-enhancer in a different sense. And for those who aren’t professional athletes, and simply want to enjoy exercising more, cannabis may well be the performance enhancer that’s both ethical and safe.

What Does Science Say About Working Out High?

A study, published in Drug and Alcohol Dependence (2013), investigated the effects of exercise on plasma THC levels. The study involved fifteen regular cannabis consumers who submitted a blood test before and after thirty-five minutes of moderate exercise on a stationary bike. Researchers found THC levels to be higher by an average of fifteen percent immediately after subjects exercised. From this “statistically significant increase in plasma THC levels,” researchers concluded, “that exercise may elevate blood THC levels by releasing dormant THC from fat stores.” In effect, athletes feel stronger effects due to increased plasma levels of THC.

There is no evidence to suggest that the effects of cannabis are performance-enhancing in the typical sense. Athletes consuming cannabis don’t transport more oxygen through their blood, nor do their muscles grow. Instead, the effects seem more psychological than anything — and that’s an indirect performance-enhancer in and of itself. 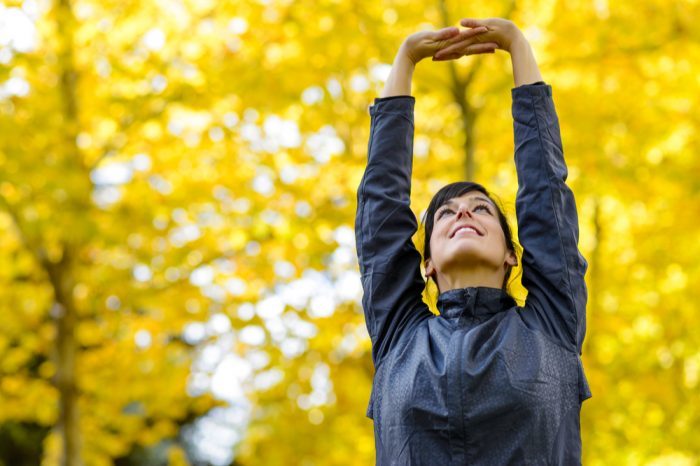 A further study, published in Frontiers in Public Health (2019), subjectively evaluated 605 athletes who consume cannabis with exercise. Results indicated that, “the majority of participants who endorsed consuming cannabis shortly before/after exercise reported that doing so enhances their enjoyment of and recovery from exercise.” And perhaps even more interesting, “approximately half reported that it increases their motivation to exercise.”

Many Americans don’t meet the minimum weekly exercise recommendations, with a lack of motivation cited as the primary reason. But if scientific studies hold any truth, it’s with motivation, feelings of connection, and focus where the benefits of cannabis and exercise lie. A study, published in the British Journal of Sports Medicine (2006), concluded that cannabis, “can only indirectly improve performance — it can have a euphoric effect, reducing anxiety and increasing the sociability of a player who may be particularly nervous before an important match.”

So, with some athletes obtaining clear benefits from cannabis consumption before exercise, which sports are best for working out high?

CBD benefits any athlete battling inflammation. It is especially useful to those competing in contact and impact sports, such as long-distance running or MMA. UFC fighter Nate Diaz is an outspoken proponent of CBD oil and is often seen vaping in post-fight press conferences to quell the rampant inflammation post-fight.

It’s with THC where the more immediate benefits to performance exist. Many long-distance runners claim that THC gives them that mental edge. Ultramarathon runner Jenn Shelton told the Wall Street Journal that she consumes cannabis frequently in training. For eight years she held the world record for one hundred miles with a time of fourteen hours and fifty-seven minutes. According to her, a moderate ten-milligram dose reduces her perception of fatigue, both physical and mental.

Running is often as hard on the mind as it is on the body. The ability of cannabis to quiet the mind and focus on deep bodily sensations while finding a rhythm is hugely beneficial to runners. And it’s something that THC does very well.

Consuming Cannabis in the Gym

The same logic applies to spin classes in the gym. The monotony of being confined within four walls is often too much for many to take. With a small dose of cannabis, many find that riding to the beat becomes revelatory. An appropriate dose of cannabis often helps the athlete tune into the body and become more at one with a synchronized bodily complexity that many are unaware of in daily life.

Weightlifting: Push Through The Pain

Cannabis doesn’t affect muscle growth. But, it does inhibit pain, something that allows many bodybuilders to push through barriers. While THC may harbor benefits, it’s CBD consumption that may ultimately be more appropriate for weightlifters.

Many weightlifters consume CBD oil daily. With a myriad of benefits, it helps with pain, mood, stress, sleep, relaxation, appetite, and inflammation, all of which apply to hard-charging lifters. In addition to ingesting it, weightlifters also find benefit in applying CBD oil topically after a workout as part of a recovery protocol.

The Meditative Effect of Cannabis for Martial Arts

Training performance in sports, such as boxing and martial arts, are often enhanced with a still mind. With the consumption of cannabis, many such athletes can shift into a meditative, flow-like state as they hit the bag. It’s a state where time dilates, the perception of fatigue wanes, and athletes become focused on the act in a deep state of oneness. Aside from the physical benefits of such acts, this meditative routine is also a form of therapy for many. 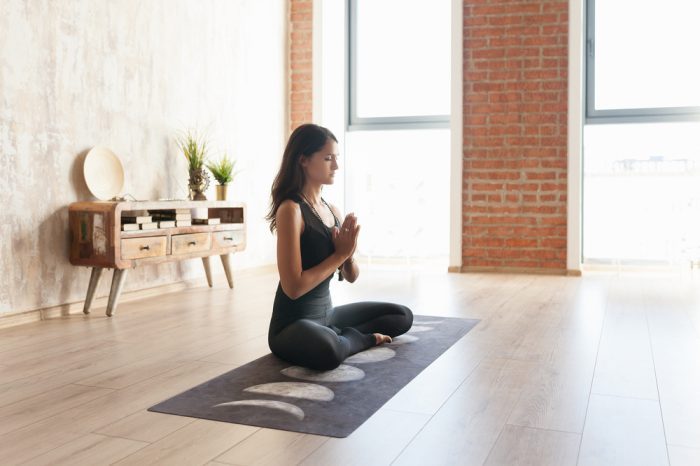 While not technically a sport, yoga is an exercise routine that many find great benefit from. The inner connection it provides forms the backbone of a spiritual practice with much broader implications on the lives of those who practice it. Consuming cannabis as part of a yoga practice can lead many into a state of deep connection with the body. Cannabis has the ability to help still the mind and sense much more deeply into the body. This in turn helps counteract the effects of a modern culture that encourages anything but stillness and inner connection.

Working Out High Can Take Exercise to the Next Level

Whether THC or CBD, the mindful consumption of cannabis undoubtedly brings about exercise benefits. While not everyone responds to cannabis in the same way, it’s advisable to experiment. People will find the most benefit from avoiding combustion methods of administration. For THC, edibles, oils or sprays are ideal, while for CBD, oils and topicals often work best.

It’s worth remembering that the secret to enhancing the exercise experience lies in the dose. Too high a dose of THC is likely to impair any exercise routine, but get the dose right, and couple it with a solid intention, and it may well take your enjoyment of exercising to the next level.