What Can You Do With Kief?

Kief is a potent, trichome-rich byproduct that you find at the bottom of your grinder.

It seems like there are countless new cannabis products on the market. But there’s one naturally occurring cannabis product that has been around for a while and remains very popular: Kief. The word ‘kief’ is derived from Arabic, meaning pleasure or intoxication, and it is a highly potent cannabis byproduct.

When a cannabis plant grows to maturity, fine crystals cover the bud and leaves. These crystals are called trichomes, which primarily serve as a defense mechanism for the plant. Trichomes are resin glands that create a physical barrier between the plant and insects looking to damage it. They also protect the plant against herbivorous animals by inducing a psychoactive effect.

These trichome resin glands create a fine powder that we call kief. This is  incredibly potent thanks to the high concentration of cannabinoids found in trichomes, specifically tetrahydrocannabinol (THC). It is higher in THC concentration than standard cannabis flowers.

Typically this powder is gathered at the bottom of a grinder, often referred to as a “kief catcher”. 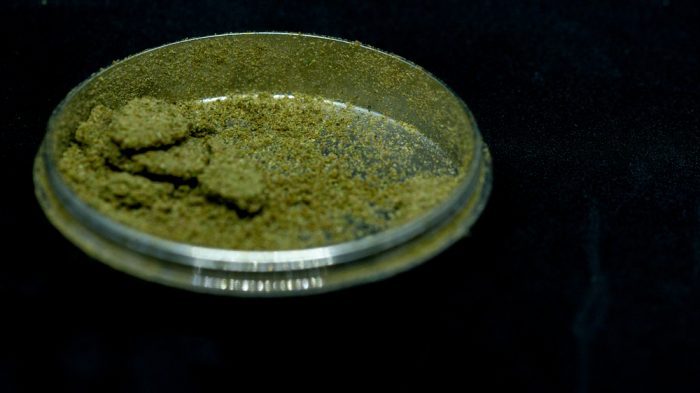 What is a Cannabinoid?

There are more than 100 cannabinoids found in cannabis. The primary two are THC (tetrahydrocannabinol) and CBD (cannabidiol).

THC is the main intoxicating component of cannabis that creates the medicating effects for which the plant is famous. While THC has its critics due to its potent psychoactive effect, research tells us it can have significant therapeutic benefits for a range of health issues.

A 2013 FDA approved trial suggested that THC is an effective, reliable pain reliever. THC is also approved as a treatment for nausea, and there is significant research pointing to its ability to treat PTSD, insomnia, and a number of other conditions, such as anorexia.

CBD, on the other hand, is a non-intoxicating cannabinoid that has gained a reputation for its anti-inflammatory properties. Anecdotes of CBD’s benefits have long been passed around both within and without the cannabis community. In 2018 a report from the World Health Organization concluded that CBD may help in relieving the symptoms of Multiple Sclerosis, chronic pain, anxiety, depression, Alzheimer’s Disease, and Parkinson’s Disease.

What is Hemp Kief?

Kief takes on the properties of the plant that produces it. So cannabinoids are present in differing levels depending on the origin plant. For those looking to avoid the intoxicating effects of THC, hemp kief could offer a viable alternative.

Hemp is genetically related to cannabis, but it contains very small traces of THC. THC-zero kief would require a difficult THC-extraction process, leaving it in a waxier form. Instead, hemp kief could offer a lower THC, CBD-rich alternative.

Thanks to the high concentration of cannabinoids in kief, it delivers the medicinal benefits in a much stronger form than simply consuming cannabis in more conventional forms. This makes kief an excellent alternative to patients who need immediate relief or have a high tolerance to cannabis, but aren’t looking for the intensity of concentrates. 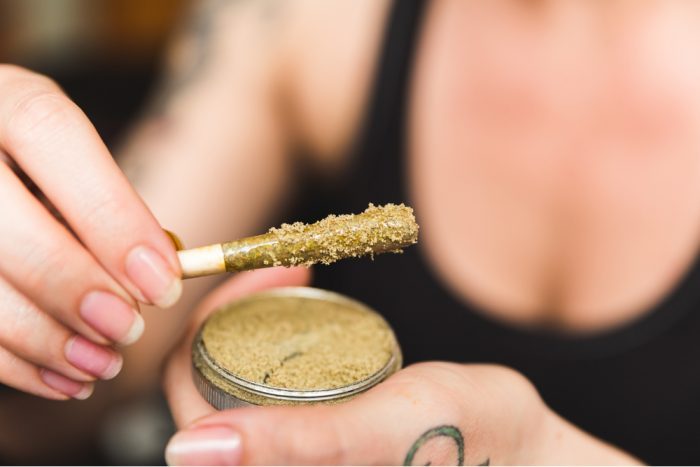 What Are the Different Ways to Consume Kief?

Due to kief being a powder, it is much more efficient to mix it through a cannabis bud and then smoke it. This further increases the potency of a normal cannabis bud. Kief is highly potent, so a little goes a long way with this method.

Adding kief to hot beverages is becoming one of the most popular consumption methods. Cannabinoids need to decarboxylate, or be activated by heat, to receive their full benefits. The heat of coffee, tea, or even hot cocoa does just this. Again, due to its potency, only a small amount (around 1 gram) is necessary to feel the effects.

While this is a relatively new technique and the research is light, an animal study has suggested that caffeine may actually enhance the effects of cannabinoids.

Fat also helps to extract THC, so adding milk or cream to your beverage could also help to enhance its effects.

Kief has a subtle flavor in comparison to the cannabis flower, making it a great alternative to those put off by cannabis’s strong taste. Mixing kief with butter, ensuring to heat it in order to activate the cannabinoids, creates a simple product for cooking. Use this butter to make cookies, cake, or even add it into your regular meals.

This is an extremely useful alternative for patients like the elderly who need the therapeutic benefits of cannabinoids but are looking for something more familiar and comfortable to consume. 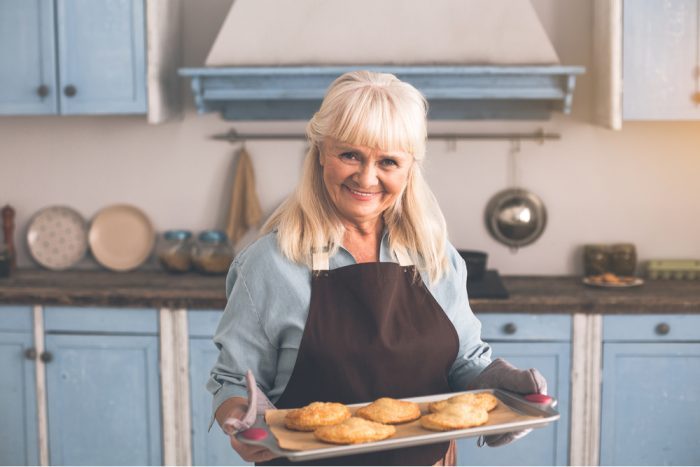 Vaporizors are becoming more and more common, and the versatility of kief offers options here too. It can be added as a powder and can also be made into an oil to be vaporized. For a recipe to do this, check out herb.co. The end product will be potent, though, so use with care.

While this product was typically only available when collected as a byproduct from grinding cannabis in a kief catcher, many dispensaries now sell the powder by the gram. With prices ranging from $30-$80USD, it is still a relatively expensive product. But with more supply over the next few years, prices should lower as this versatile cannabinoid powder becomes more readily available.

Smoke, Vape, or Eat? How to Increase Bioavailability of Cannabis

How to Get Rid of Cotton Mouth

Microdosing: When Getting High is Not an Option

The Dish on Dosing: A Guide to Greenlighting Your Green