Answers to one of the top questions from the uninitiated: What does it feel like to be high?

What does it feel like to be high? The reality is that it’s different for everyone. From genetics to dose and from the environment to metabolism, there are countless factors at play. For those who haven’t yet inhaled, but find themselves curious, let’s answer the question that Bill Clinton never would.

The effects of cannabis can vary widely, and some people will be more sensitive than others.

Cannabis can impart a variety of sensations and feelings, including euphoria, relaxation, amusement and giggling, enhanced creativity, curiosity, improved pattern recognition, hunger (or ‘the munchies,’ colloquially), and increased sensitivity and awareness to stimuli such as light, color, sound, taste, smell, and touch.

People vary widely in their response, and much of it can be influences by the environment, the dose, and the cultivar of choice.

In some individuals, cannabis can impart unpleasant effects and experiences. These may include things like anxiety, confusion, panic, paranoia, a racing heart, and even perceptual changes that seem like hallucinations (in very high doses/potency). Such reactions often occur in those who are inexperienced, consume too much, or those with an underlying mental health challenges that become exacerbated with cannabis consumption.

How a patient reacts to cannabis depends on a variety of factors that include: 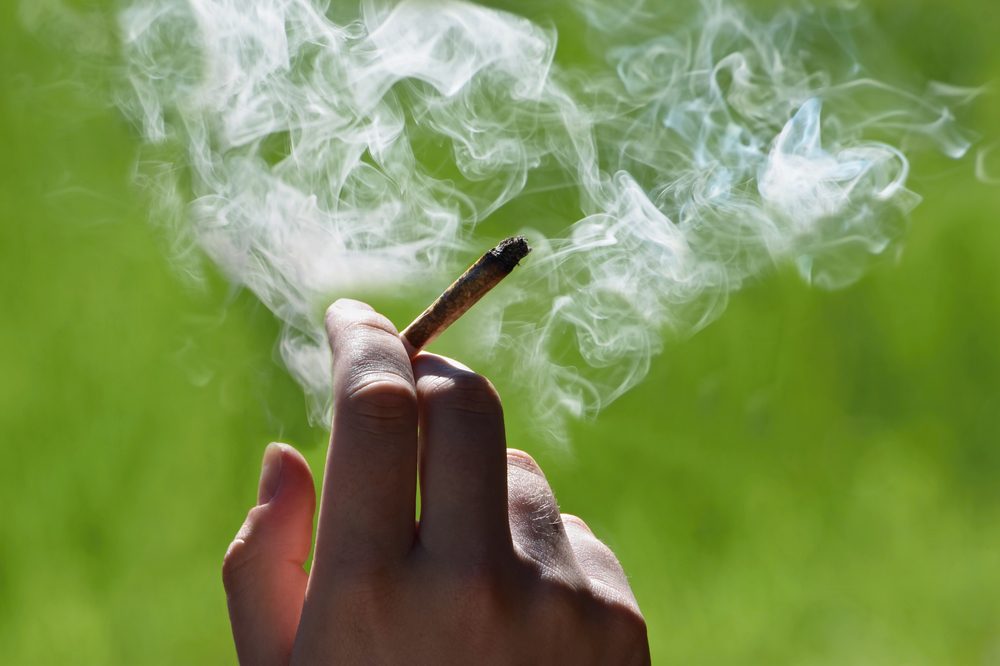 The Stages of a Cannabis High

The compound responsible for the “high” associated with cannabis use is the cannabinoid THC (delta-9-tetrahydrocannabinol). After ingesting cannabis, THC makes its way into the bloodstream, either through the intestinal tract, in the case of edibles, or the lungs, in the case of smoked or vaped forms of cannabis.

From there, it interacts with CB1 and CB2 receptors situated all over the body, where it induces the feeling we come to associate with a “high”. The peak of the high tends to occur at a point after peak plasma levels of THC occur. After this point, the THC begins to break down before being excreted in urine and stool.

After the peak, the effects described above slowly wane. Many consumers will still feel the effects acutely for several hours after the experience and in some cases, into the following day.

What Does it Feel Like to be High on Different Strains?

The traits and consistency of individual cultivars used can significantly affect the high. Modern cannabis cultivars come predominantly from two different varieties of the plant commonly known as Indica and Sativa. Both these varieties, in their genetically pure form, tend to exhibit two very different sets of effects.

Indica varieties tend to be sedating and induce deep relaxation where the high is more body-centric. Sativa varieties tend to induce a more energizing, cerebral effect that often enhances creativity and makes patients want to engage in an activity.

Many modern cultivars of cannabis come marketed as either Indica or Sativa dominant, but the reality is that these names mean little in modern times. After so much interbreeding throughout recent decades, these once meaningful terms now lack the predictability they once provided. In reality, they are generally only useful when they refer to a landrace variety of Indica or Sativa, meaning one that’s in its genetically pure state.

How do You Know What the Affects Will be?

To gauge the potential effects of a particular chemovar, it’s much more useful to understand how the wider cannabinoid content, coupled with the terpene profile, will synergize together. In recent times, scientists have come to realize that the interactions between the various compounds are what dictate the actual experience.

A study published in The British Journal of Pharmacology (2011), explained in great detail how these underlying synergies work, and researchers placed particular emphasis on terpenes.[1]Russo E. B. (2011). Taming THC: potential cannabis synergy and phytocannabinoid-terpenoid entourage effects. British journal of pharmacology, 163(7), 1344–1364. … Continue reading They documented how myrcene can induce drowsiness and how caryophyllene lessens anxiety. They also explained how pinene synergizes with THC to mitigate the short-term memory problems all too common with excessive THC. Moreover, they also described the mood-lifting benefits of terpenes like linalool and limonene. Once consumers become more aware of the action of the major terpenes, it becomes much easier to predict the effects of a given cultivar.

RELATED  The Many Advantages of Growing Cannabis Outside

What to do if Anxiety or Paranoia Arise?

Negative experiences are always a possibility with cannabis. They are especially common among newcomers, with no existing tolerance, who consume too much. But, there will always be a percentage of the population who seem to have an underlying proclivity to feelings of increased anxiety or paranoia after consumption.

When such feelings arise, patients should ensure they are in a safe environment. Being around unfamiliar people in an unfamiliar environment will often exacerbate the symptoms. To help quell any negative experiences, try lying on a bed and practicing some deep abdominal breathing. Play some relaxing music and listen to it, in an effort to calm the nervous system.

In some cases, the emergence of a negative feeling or emotion is often a sign of how we are living our lives. It becomes all too easy for many of us to tune out and dissociate from negative states of being in everyday life, and cannabis can serve to amplify any underlying state to the point where it becomes too significant to ignore. Don’t discount any perceived discomfort as purely cannabis-induced. By mindfully interrogating how we lead our lives, a negative cannabis experience can serve as a mirror and a teacher to our deeper selves.

For those who find themselves susceptible to negative experiences, but still curious about the healing benefits of the plant, try lowering the dose or bringing more non-intoxicating CBD into the mix.

What Does it Feel Like to be High on an Edible?

The method of administration can have a profound effect on the resulting high. Ingesting cannabis orally, whether in the form of tinctures, edibles, sprays, or drinks, are often very different from smoked or vaped forms of cannabis.

In edible form, the effects of cannabis can be notably strong. This reason is that THC must pass through the liver where it metabolizes into the more potent 11-Hydroxy-THC. This form of THC imparts stronger effects and leaves the consumer feeling a more substantial body high. It’s also much longer-lasting than that associated with the Delta 9 form of THC present in smoke.

RELATED  Growing Cannabis In Small Spaces Is Easy With These Tricks

Because edibles must pass through the digestive tract, they often take between thirty and ninety minutes to take effect. The effects can then last for up to eight hours in some cases.

What Does it Feel Like to be High After Vaping?

Vaped cannabis induces a slightly different high to that of smoke. Vaping releases higher concentrations of the active compounds. This is because vaping allows them to release, but burning them through smoke actually destroys them. Vaping therefore results in a stronger hit of terpenes (when using whole flower), but may reduce the overall high. It’s a good place to start for new patients as vaping is easier on the lungs and dosing is more readily controlled. In fact, experienced smokers often complain that they can’t get properly medicated through vape. 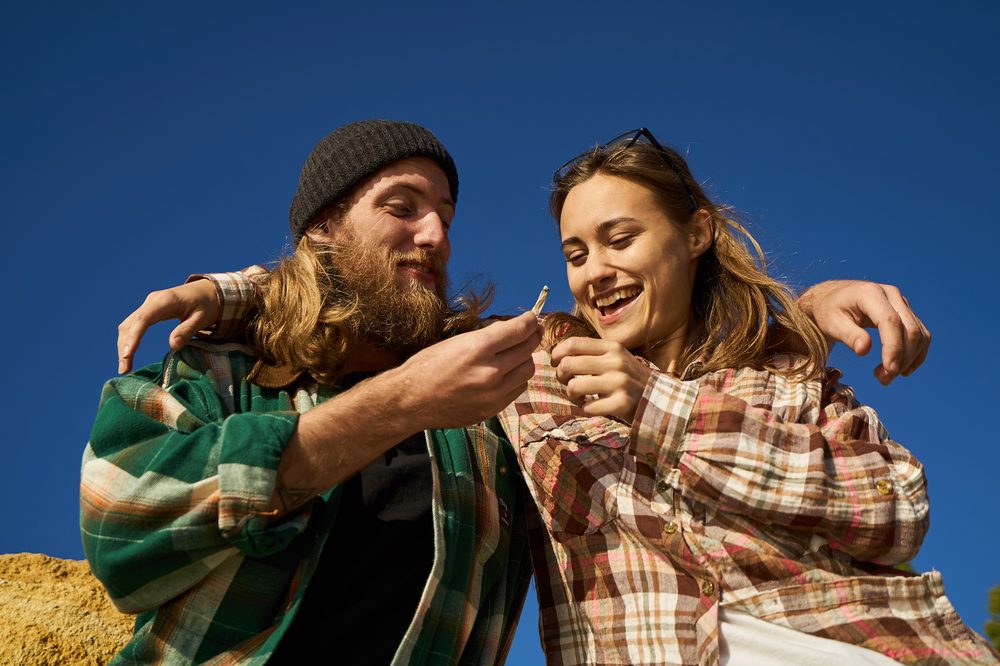 One of the consequences of regular cannabis consumption is that of tolerance. This is where the CB1 and CB2 receptors desensitize to THC. It also means that patients require higher doses for the same effect.

Tolerances are easily reversed through abstinence for a short period – often 3 to 10 days. Accordingly, a month of abstinence will reset a tolerance back to baseline, in many cases.

This generally isn’t an issue for recreational consumers. But, it may present a problem for medicinal patients who require consistent doses of THC to treat their condition. In such cases, patients can switch to forms of cannabis higher in CBD. They might also try to overpower the tolerance with more potent delivery methods, like dabbing concentrates. Unfortunately, such tactics will likely become expensive. However, they will deliver enough THC to overcome a tolerance and allow patients to experience the “high” they once did.