A 2020 study on health effects for age of majority laws says consumers should be 19 to buy cannabis.

According to research published in BMC Public Health (2020), the ideal age of majority for cannabis buying is 19, because that age is young enough to discourage a strong black market for weed, but old enough to bypass concerns about cannabis use in developing brains.[1]Nguyen, Hai V. et al. (2020). Too young for Cannabis? Choice of minimum legal age for legalized non-medical Cannabis in Canada. BMC Public Health. 20, 557. … Continue reading

The study provided robust evidence for its claims, studying general and mental health and outcomes of individuals who began consuming cannabis at the ages of 18, 19, 21, and 25 years old.

The study’s aim was to fill in gaps in the current knowledge about cannabis consumers while providing solid evidence to guide policymakers’ decisions on the best age of majority for adult-use cannabis consumption.

Why the Age of Majority Differs Across the Globe

In the United States, every person who wants to buy recreational pot must be 21 years old. In Canada, each province sets its own age of majority restrictions. Most have set the number at 19, but Quebec requires buyers to be 21, and Alberta allows 18-year-olds to make recreational purchases.

When deciding the age of majority, policymakers try to balance health concerns for young consumers with the realities of the underground marketplace. Before cannabis was legalized, black markets thrived in part by selling to an eager young population.

If legal cannabis was too far out of reach for teen consumers, they would buy black market weed, which can continue to bolster the criminal enterprises that legalization laws are meant to stop.

Finding the Right Fit: Why 19 Works

The BMC study found that the age at which people start to consume cannabis has a large effect on their health and wellness outcomes.

Analyzing data from about 20,000 people, including their educational attainment, physical health, and mental health, the researchers showed that people who began smoking cannabis before they were 18 had decreased educational attainment, more mental health struggles, and decreased physical health compared to an average person. The same findings held for people who began consuming cannabis at 18.

In other words, there is no individual or public health reason to prohibit cannabis buying beyond age 19. When provinces or states move the age to 21, they may be bolstering the underground market, but they are in no way helping their citizens or looking out for the well-being of their youth.

Cannabis Age vs. Cigarettes and Alcohol

The age of majority question always brings up the effect cannabis may have on the developing brain. And there is evidence to support the notion that extended use of cannabis among young people has problematic outcomes.

But it’s not alone.

Perhaps in response to claims smoking and the developing brain, the U.S. raised the age of majority for tobacco products, including vapes, to 21 at the end of 2019.

We need research on whether or not that move will curb teen smoking rates, but there is reason to be doubtful. The country’s teen smoking rate sat at an all-time low in the most recent data available, with no reason to expect the downward trend to even out or reverse.

And that brings up another point. If the smoking rate in sub-21-year-olds was already low, why did politicians change the age of majority? Was it really because of a scientific consensus— if so, why doesn’t the Food and Drug Administration make any mention of it? 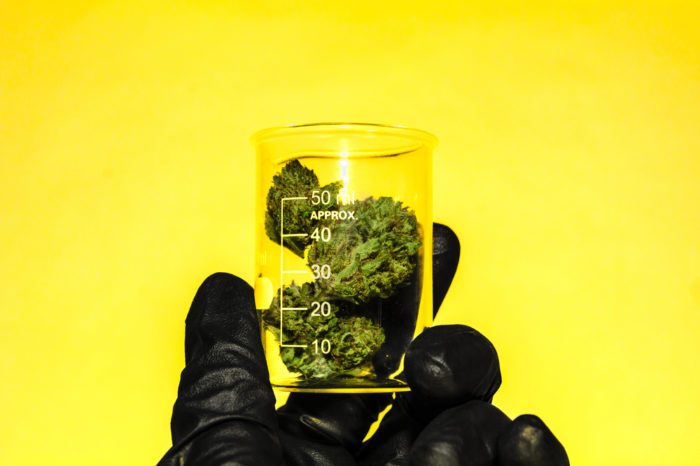 What to Expect for the Age of Majority in the Future

The truth is that politicians know they can score easy points with certain kinds of voters. One method to do this is by “protecting our children.”

The irony, of course, is that raising the age of majority for cannabis has been proven not to protect children. In fact, by bolstering the black market, it probably makes children less safe because it increases illegal cannabis sales and funds a potentially dangerous element.

Remember, anti-cannabis voters promised that legalizing weed would spike teen usage. Instead, the opposite happened. Ironically, the best way to reverse that trend is to bring back the black market’s influence with teenagers. But understanding that means taking time to read and absorb information about the issue. It does not mean championing a quick and easy platitude, like “Protect our children from pot.”

If voters don’t get educated and spread the word about the benefits of reducing the age of majority, politicians may be likely to follow Quebec’s lead and up the legal age to 21, instead of keeping it at 19.