Why Don’t The Munchies Make You Fat?

Overindulgence on salty snacks is the stereotype of cannabis consumption. So why aren’t you getting fat?

It’s the classic image of a person taking cannabis: a giggly and sedentary couch potato with a tendency for overindulgence in food as they claim the “munchies” have hit. “The munchies” have long been associated with cannabis’ ability to increase appetite, and the seeming inability to satiate that hunger. But do the munchies make you fat?

While it’s been part of cannabis folklore for decades, research seems to back up anecdotal evidence of “the munchies.” While the perception of cannabis may have changed a lot from the classic stoner character, it seems this overindulgence stereotype may actually have its roots in science.

Cannabis contains active cannabinoids that interact with cannabinoid receptors CB1 and CB2 in the body’s endocannabinoid system (ECS). The ECS is a complex cell signaling system that influences behaviors and functions, such as sleep, appetite, and mood. So, while it might seem like a stereotype, researchers have found that increased cannabinoid exposure does seem to cause overeating. And this all has to do with the ECS.

Researchers found that increased endocannabinoid activity in mice at the gut’s CB1 receptors, this inhibited the release of satiation peptides. Satiation peptides cause feelings of fullness, and so their inhibition promoted mice to overeat. 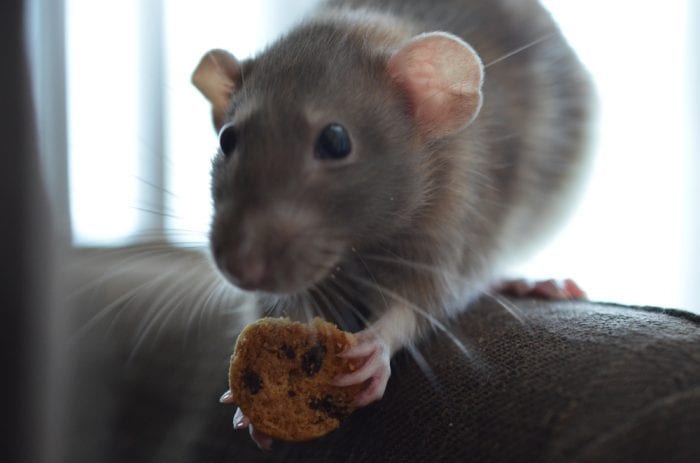 The researchers found that “Immunoreactivity for CB1Rs was present in enteroendocrine cells in the mouse’s upper small-intestinal epithelium that produce and secrete the satiation peptide, cholecystokinin (CCK)”. In other words, CB1 receptors actively inhibit satiation peptides in the area that produces these peptides.

Other studies validate the connection between the ECS and gastrointestinal function. Research has shown that activated cannabinoid receptors in the gut inhibit peristalsis, which are muscle contractions that move food through the digestive tract. This research also showed that cannabinoid receptor activation inhibited gastric acid secretion and enhanced food intake.

Researchers have thoroughly studied cannabis’ role on the appetite. So much so, in fact, that a drug that operates opposite to THC, called Rimonabant, was approved in 2006 to treat obesity. Rimonabant uses a selective antagonist of the CB1 cannabinoid receptor to reduce overactive appetites. Rimonabant was actually the first selective CB1 receptor blocker to gain approval. However, the drug was withdrawn after several years due to safety concerns.

If cannabis increases appetite, do the munchies make you fat?

With so much evidence demonstrating cannabis’ encouragement of overindulgence, many researchers then predicted that obesity would be more prevalent in people taking cannabis than those who abstain. However, they found the opposite. There is an inverse association between cannabis and obesity. Research may suggest that cannabis increases hunger, but cannabis consumers are less likely to be obese than those who abstain.

One study shows that cannabis consumers often have a higher caloric intake, but not increased BMI, lipid, or glucose levels. This can be confusing as obesity epidemiology usually links a high caloric intake to above average BMI.

Another study also shows that cannabis consumption is associated with lower BMI. But this “association did not occur through the glucose metabolic process or related inflammatory markers.” Cannabis’ influence on weight, therefore, mediates this.

Further research from Michigan State University found that in a study of over 33,000 participants, cannabis consumers gained less weight over a three year period compared to those who abstained. 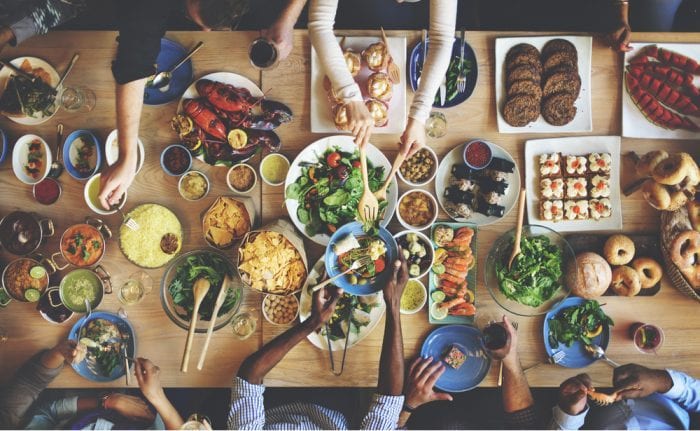 We don’t yet entirely understand the underlying mechanisms behind low BMI in cannabis patients. But, this association may come from behavioral modifications. Or, on the other hand, cannabis may modify how cells affect food metabolization.

Since we know that caloric intake and expenditure is the primary determiner of weight gain, one potential reason for a lower BMI in people who take cannabis could be due to higher energy expenditure.

The “Munchies,” Anorexia, HIV/AIDS, and Cancer

Weight loss is a common part of cancer and HIV/AIDS development and treatment. This is due to the psychological and physiological effects, and associated medication. So, these patients sorely need an increased appetite to prevent rapid symptom onset and encourage healing.

Cannabis could also help those with eating disorders. Research show that cannabis encourages healthy changes in the psychological health of people with anorexia. Researchers suggested that cannabis could be an effective treatment option for anorexia patients. It can help with associated anxiety and depression, while also encouraging undeniable appetite. It’s important to remember that treating eating disorders is far more complex than simply increasing appetite.

Clearly, the “munchies” are backed by scientific research, as cannabinoid receptors increase appetite. However, despite this, people counterintuitively associate cannabis consumption with a decreased risk of obesity. Cannabis may combat weight loss from health conditions like HIV/AIDS, cancer, and eating disorders – and no – the munchies probably won’t make you fat.