The hemp boom has brought some unpredicted problems for the economy and the environment.

From its many medicinal uses, its nutritional value, and the prevention of habitat destruction, hemp truly is one of nature’s miracles. But like everything, it does have a dark side. While some may argue why hemp is bad, in reality, the dark side of hemp merely reflects the human condition.

Why Hemp is Bad

The downsides of the purported benefits of hemp may be surprising. While it can change the way humankind inhabits the world, there are also issues. These include pollen drift from large grows, the overuse of plastics, and food economics. Also, there is the issue of what to do with the heavily contaminated hemp used to clean up radioactive soil.

Though there’s only a few reasons to suggest that hemp is bad, these reasons serve to highlight, and raise awareness around, sustainability. Furthermore, they demonstrate the destructive role humans often play when lured by the promise of money.

In U.S. states where hemp cultivation is booming, the plastic sheets lining the many acres of plantations have become a public eyesore.

Plastic use in hemp plantations helps to keep weeds under control. It’s also used to aid in the growing of organic crops, as an alternative to using herbicides. As always, the use of plastic also has some very unattractive side effects. Much of the plastic used will eventually end up in the landfill. Some environmentally-conscious growers adopt biodegradable plastics made from corn, potato starch, or thistle that breaks down in the soil. But, the immediate economic hit is too much for many to take on.

In other cases, some of this plastic lies around for the winter. It then disintegrates into micro-particles that will pollute the soil, water, and air.

More conscientious growers use hay and straw as mulch instead of plastic. The upside is that it’s a zero-waste solution that aids with water retention and weed suppression. In addition, this method keeps the soil temperature lower than the plastic method, something that helps keep essential soil microbes alive and thriving.

The downside of mulching is that its application by hand is often labor-intensive and expensive. Many farmers can’t budget for the extra time and costs involved, and thus opt for the more convenient use of plastic. 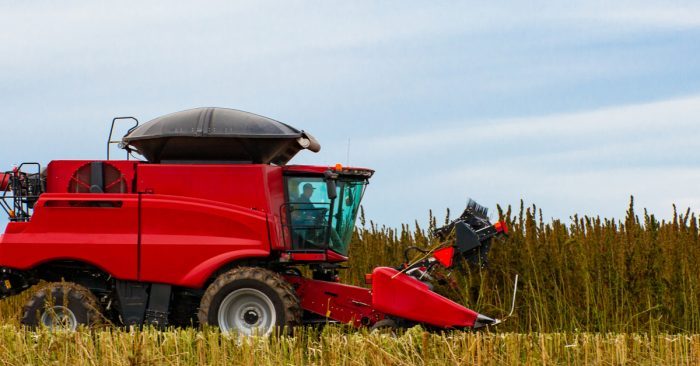 Pollen Drift from Fields of Hemp

Pollen drift from large hemp grows is of great concern to cannabis farmers. This issue stems largely from the fact that cannabis cultivators only have an interest in the female plant. Meanwhile, many hemp farmers keep and harvest the male plant for fiber and seed.

RELATED  How To Make Cannabis Clones 101

Hemp pollen carried in the wind can pollinate female cannabis flowers. Once pollinated, a female cannabis plant will divert her resources into seeds, as opposed to the potent (and money-making) buds. The problem here is that low to no THC hemp interferes with the farming profitability of cannabis. This is significantly accentuated by the fact that hemp pollen can often carry in the wind for distances of up to thirty miles.

A study published in the Annals of Allergy (2000), found that hemp pollen represented thirty six percent of the air pollen in Nebraska in mid-August of that year. Such concentrations of pollen in the air can often spell disaster for the bottom line of any cannabis grow.

In Humboldt County, the heartland of cannabis cultivation in California, cannabis farmers have been battling with legislators around encroaching hemp farms that compromise the genetics of their cannabis plants.

How to Deal with Post-Phytoremediation

Phytoremediation involves the use of plants for the removal of contaminants in soils, sludges, sediments, surface water, and groundwater. Hemp is one of the best-known phytoremediators. As a fast-growing crop with deep roots that extend up to eight feet down, it’s unaffected by the toxins it sucks out of the soil and air.

While hemp does mop up the toxicity in the soil, the issue that many overlook is that the resulting hemp is merely a dirty mop. The contaminants once present in the soil are now held in the plant. Successful phytoremediation may result in a piece of land becoming fertile again. Still, the less examined issue is how to handle the plant material now full of toxic compounds.

Scientists are hard at work trying to find a solution. A process known as phytotransformation can further break down many toxic compounds within the plant into constituent parts. However, high concentrations of heavy metals cannot be broken down.

RELATED  How To Make Rosin Easily At Home

For heavy metals, a process known as phytomining involves the bio-recovery of precious and semi-precious metals.

Is Hemp too Good at Phytoremediation?

A study published in Minerals Engineering (2009), described the process of phytomining as a, “more advanced technology of phytoremediation to produce low volume, sulfide-free ‘bio-ore’, which can either be safely disposed of or, if the target metal is of sufficient economic value, smelted, and recovered.”

Perhaps the most beneficial use for phytoextraction crops like hemp is in energy production. The production of biodiesel fuels from hemp is possible, although not entirely environmentally friendly.

While possible solutions do exist, the truth is that no viable solution is currently in place to deal with the high concentrations of contaminants. The accumulation of toxins within the plant cells isn’t a reason to suggest hemp is the problem, it merely reflects back to us humans what has become of a once pristine environment. 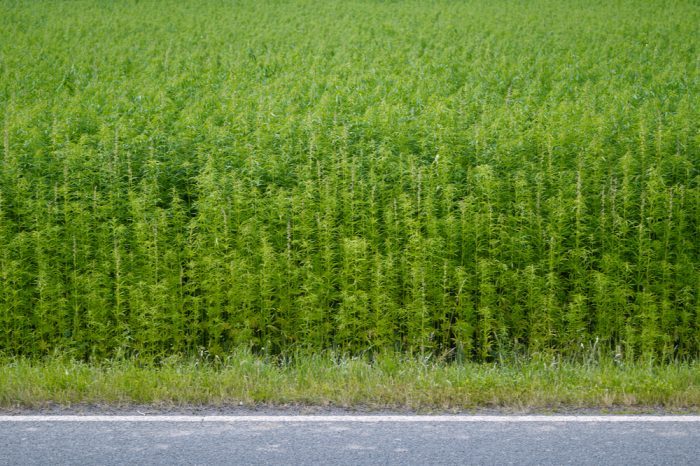 In areas where hemp is widely grown, struggling farmers are attracted to the higher rates of return associated with hemp.

It is now legal in forty-six states across the U.S.. Whether farmers grow it for grain/seed, fiber, or CBD oil, the opportunity of a new booming market is too much for many farmers to resist. In 2019, according to a U.S. Hemp License Report, 511,442 acres have been licensed nationally spread across 16,877 growers. That’s an astounding 445 percent increase on the acreage licensed in 2018. But, with such a boom in production, what happens to the production of traditional crops so critical to local food economies?

Hemp production has become dominant in areas like southern Oregon, where agriculture aimed at providing locally sourced foods once thrived. The result is that food comes from further afield, something that contributes to an increased carbon footprint.

While hemp does have the ability to transform old ways, that progress comes with several downsides. With legislators playing catch up in a booming newly-legalized industry, it may be some time before the real value associated with this incredible plant trickles down through every level of production.

Hemp Versus Cotton: Which One is Best for The Environment and the Economy?