Why Is It So Difficult To Get Health Insurance For Cannabis?

Other medicine is covered by health insurance plans, why not cannabis?

Cannabis is becoming a premium medical treatment in the eyes of millions. So there’s an increasing need for health programs to cover this medicine and its derivatives. However, complicated new rules haven’t cleared an easy path when it comes to health insurance for cannabis.

That doesn’t mean it isn’t happening. But, much like the rollout of legal cannabis in the United States, the companies offering health insurance for cannabis follow an odd patchwork of rules and guidelines. Unfortunately, these only add complexity to an already thorny issue to navigate.

In Canada, the situation is just as complicated, but for different reasons. While healthcare is free, drugs are generally covered by employer-provided health insurance programs. Typically, these programs will not cover cannabis treatments.

The result of is often a complicated set of parameters that struggle to meet the ever-changing local, state and federal rules governing how medical cannabis works. Every year, new diseases appear on state and provincial lists of approved ailments — and, complicating matters, private health insurance companies aren’t in this for the good of patients. They’re trying to make money on a fledgling industry, which muddies their reasoning.

Why is Health Insurance for Cannabis so Complicated?

In the U.S., the there’s no health insurance for cannabis — in the vast majority of cases. There are some drugs made of synthetic cannabinoids that specific insurance plans do cover. However, it’s safe to assume that if you’re not buying CBD-derived seizure medication, your cannabis will not be covered.

Why? Well, because cannabis is illegal federally and health insurance companies are big operations. The nature of their business model relies on insuring large numbers of people. The more clients they have, the larger the share of risk is covered. So it behooves these companies — in many cases — to operate regionally. When companies span states, they fall victim to federal guidelines (which they may have anyway, but it’s especially true in matters of interstate commerce).

The biggest exception seems to be workman’s compensation laws, which are primarily state-run. Thankfully, some of these programs — usually in the legalized states — actually do allow payouts to go toward medical cannabis. This case in New Mexico stands out. A worker won medical cannabis treatments for his chronic pain caused by a job-related accident.

As mentioned above, health insurance for cannabis in Canada is just as complex, but for a very different set of reasons. While the substance is legal for medical and recreational consumption, many health insurance providers do not cover cannabis-based medicines except in cases of life-threatening illness. 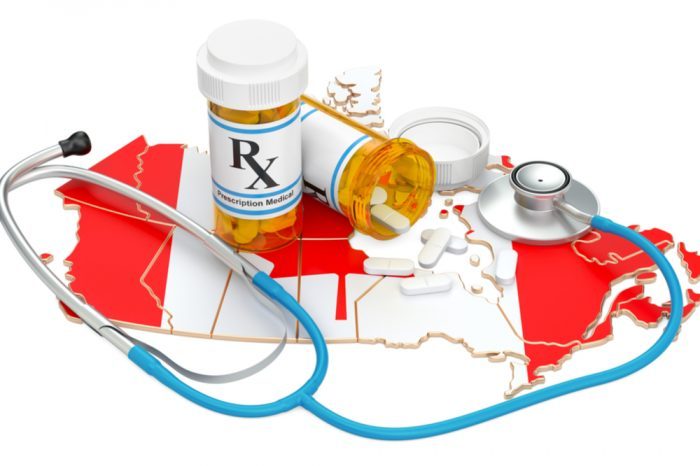 “In a country that has largely recognized the benefits of medicinal weed, not providing adequate health insurance for cannabis is a big problem”, says Anthony Smilis, patient advocate and president of the cannabis clinic Kathria.

“We know that CBD plays a huge role in helping people. And the cost of those drugs is negligible or cheaper than other medications that treat the same diseases. There’s no good reason why insurance shouldn’t be covering CBD,” Smilis said. “The big hang up is that cannabis doesn’t have a single Drug Identification Number (DIN). This is what allows the sale of a drug in Canada. The problem is that every drug that has a DIN must be consistent and every new shipment of cannabis is slightly different in terms of the THC and CBD amounts. So you have to get a new DIN for that. On average, it takes a year to eight months to get one. It’s a rigged game.”

Coverage Gaps — Even in Canada

Smilis works with patients through Kathria to get their cannabis medicines covered by health insurance companies. He’s often successful, but he’s seen huge gaps in the coverage and according to Smilis many low-income Canadians still struggle to pay for medicinal weed.

“In 2017 for the first time, life expectancy didn’t go up in Canada. Older people were living longer, but young people were dying and a huge part of that was drug overdoses,” Smilis said. “Cannabis does offer a great alternative to those drugs that people overdose on, but it’s not always easy to get. We’ve had patients come through the clinic and then go back to opioids. This is because their insurance was able to cover those and wouldn’t cover cannabis.”

In Canada, the group most likely to receive cannabis coverage is veterans. Discharged Canadian military personnel who suffer from conditions such as PTSD and chronic pain have government-sponsored health insurance for cannabis. In those cases, the Canadian government will cover up to three grams a day.

It’s a system that Smilis hopes can expand to all Canadians. 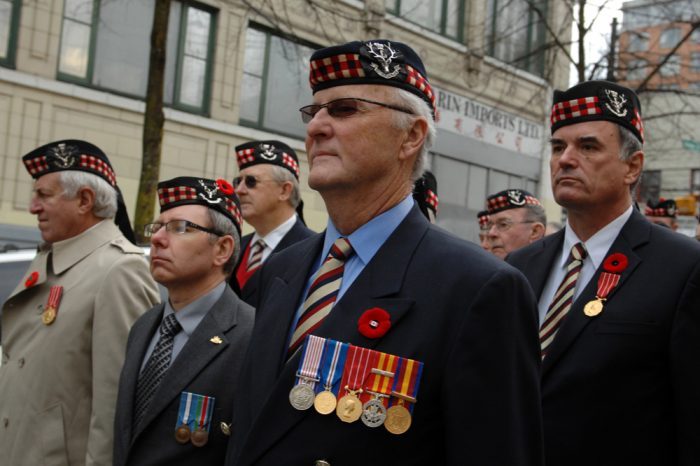 “A lot of people are finding a better quality of life and veterans are starting to prove that,” he said. “For a lot of insurance companies, we’re able to sway them to cover cannabis through a financial argument. Once you start looking at the long-term impact of opioids do to someone, it’s a convincing argument that cannabis is a better option. We see veterans who are in their early thirties taking five to eight Percocets a day. Any doctor can tell you that by the time these guys are forty, their livers and kidneys are going to look like they’re eighty five.”

Stateside, there’s no such federal program — but that doesn’t mean there isn’t help.

There are small disruptor services that are popping up to plug the hole created by the lack of health insurance for cannabis. Flower Co., a California-based cannabis delivery subscription service, has promised a complimentary membership to all U.S. military veterans via its website, FlowerVets.com. That’s a $119 savings per year and nets vets’ access to the brand’s heavily discounted catalogue of cannabis and CBD products. The company adheres to a mission of providing cheap cannabis to those who need it most.

We should all be so lucky.