Why Legalize When You Can Decriminalize?

To decriminalize would not progress the cannabis movement.

The spotlight in the fight for cannabis is, and always has been, hyper-focussed on: #legalize. Wouldn’t it be easier to just decriminalize? Because who cares – we just want access to the medicine we need NOW.

Once you get into the fine print, however, it starts to matter. A lot. There are so many dig-your-heels-in opponents to cannabis, that we really should to give (brief) voice to their arguments. That will expose the soft underbelly of decriminalization, a movement too weak to protect fair and equal access to cannabis medicine.

Youth Access to Cannabis = Collapse of All Things Good

Opponents to legalization argue that this move would encourage more people, particularly vulnerable youth, to consume cannabis. And that this would lead to mass napping and munchies on scale that would start the downward spiral of the economy. There is no proof that increased access leads to increased use. In fact, US states that have fully legalized (rec and medicinal) have experienced a flatline or outright reduction in cannabis consumption for that demographic.

Decriminalization would leave youth, and the rest of us, open to prosecution for possession over a state set limit and jail time for “trafficking” which can include giving cannabis away. It leaves everyone vulnerable to prosecution.

But, it Leads to Bad Health and Stupidity

There is no evidence that cannabis causes any health problems. On the contrary, it seems to only enhance overall health and well being. Smoking cigarettes and drinking alcohol, however, both have serious long-term health consequences and have proven to be addictive. Yet legal.

As for dumbing down the masses, if you get stupid and consuming cannabis, you definitely came into the relationship that way. Real scientific studies have demonstrated that cannabis actually helps grow new brain cells.   So…. 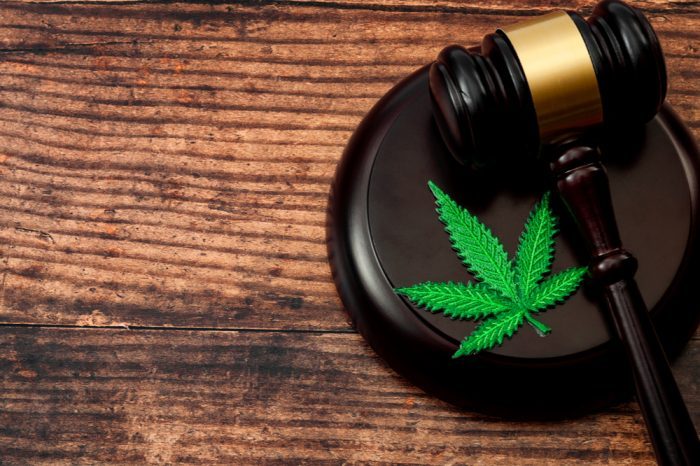 The Black Market. The Black Market. Illegal cannabis can not be regulated. And neither can “decriminalized cannabis” as they are really one in the same. It means that quality isn’t controlled, and the ability for consumers to know for certain that their cannabis is pure isn’t an option. It’s also often a bit of a toss up as to what you are buying (sativa, indica, percentages of cannabinoids, etc). This is a terrible system for patients who do best with consistent supply, dosing, and strain.

Black market sources can be unreliable in quality and consistency of supply.Moreover, illegal cannabis revolves inside criminal activity that can see violence simply because all too often dealers are actually criminals.  And then, if they are not, they are made into ones by the arcane judiciary system. In Canada (our home turf), crimes relating to cannabis (including simple possession) can incur a minimum of a 1-year prison sentence.

Decriminalizing does nothing to address the unjust sentencing, nor the fact that you may have to purchase your cannabis along side crackheads. It just does not have enough teeth to sink into any sort of meaningful change.

Portugal is famous for decriminalizing ALL drugs. It has turned out very well for them, delivering reduced addiction rates, less crime and almost zero overdose deaths. This doesn’t mean that Portuguese citizens can use, sell, or buy drugs without impunity. Instead, all of this becomes a civil infraction, rather than a crime. The hard truth is that there should be no penalty for engaging with a healing plant. It’s actually pretty absurd when you consider the same penalties apply to cannabis as those that apply to crack, meth, cocaine and the rest of the life-destroying drugs.

Because of Portugal’s example, many cannabis activists believe decriminalization could be the first step toward legalization. The danger is that decriminalization can create a new status quo. It’s a “happy balance” that gives a few crumbs to the plebs yet allows authority to rule over cannabis access and use.  And is it really benefiting patients?

Under most decriminalization laws, it would still be a crime to sell (or give) cannabis. While it reduces crime rates for possession, crime rates for selling may not decrease. Furthermore, it does nothing to regulate cannabis sales or quality. And because selling is still illegal, sale of cannabis remains in the hands of gangs and black market dealers. 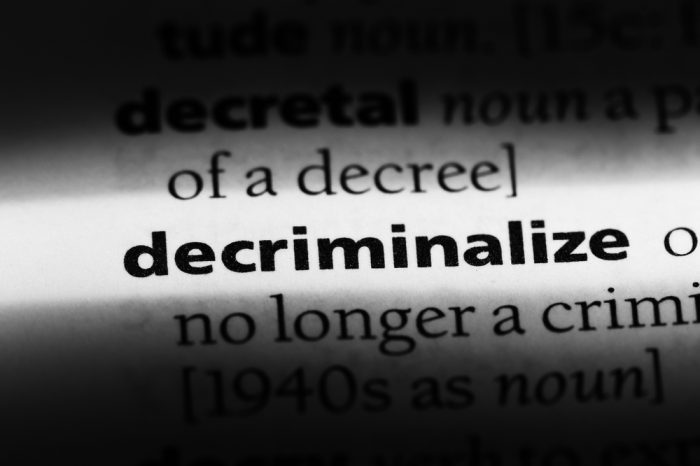 Is Legalization the Answer?

Frankly, yes. Legalization negates many of the problems associated with the moving, use, selling, and growth of cannabis.

Legalization offers the opportunity for a country to regulate the quality of cultivation, transportation, and sale as these aspects of cannabis use become legal. On top of this, there are no criminal penalties when legalization comes into effect, freeing up prisons for real criminals.

More than that, it becomes a financial benefit. Currently Canadians spend over $5 billion on cannabis each year – why shouldn’t some of that profit go back into our education system, our health care, our criminal reform for past offenders in deeper need of help and support?

The difference between legalization and decriminalization is massive. Not just on a personal, individual level, but in a way that benefits the entire populus.

Canada made the right decision to legalize, not decriminalize, cannabis. It is with great hope that we move forward as a modern example in the Western world of how legalization of cannabis can be one of the most positive medical decisions a nation can make.