Why Limiting THC Potency In Edibles Is A Bad Idea

Legalized edibles are going up for sale in Canada, but there’s a caveat.

The Canadian government has capped THC potency in edibles at 10 mg per package. This will force many patients to buy extra products to manage their pain.

The original measure legalized the production and distribution of topical creams and edibles, starting October 30th of this year. However, there is an additional rule requiring producers to notify Health Canada of the intent to create new products sixty days ahead of market release. This means the earliest consumers will see new products will be just before Christmas. This sounds like a great gift from the government, but there’s more to the picture.

The rule was meant to ease the country’s transition to full-blown legalization, allowing retailers, governments, and consumers, to test out the program gradually. A phased roll-out keeps businesses from going “all in” too early. It also lets consumers slowly warm to the idea of cannabis before bombarding them with edibles and topical creams.

Even if it’s not the best policy, there’s a certain logic behind it. Or nearly is. A phased rollout does not necessitate a limit on THC.

Why Cap THC Potency in Edibles?

While Canada may not have any legal edibles for sale yet, there’s no doubt that it’s up to its frozen ears with black market weed treats. Now that cannabis consumers have access to legal cannabis, making home-made edibles is baked into the country’s pot culture.

And that likely won’t change with legality.

One of the government’s main reasons to legalize cannabis is the elimination of the black market. The other is earning taxes off that commerce. In the same way that legal streaming services, like Spotify and Apple Music, killed off pirating services like Kazaa and Napster, a legal cannabis market should be a deathblow to illegal sales.

Most consumers, it turns out, would rather follow the law if they have that option. But, by capping THC potency in edibles, the Canadian government may be taking a step backwards.

The rule came out of sessions Health Canada held in 2017 before legalization came into effect. The organization said that most experts agreed that a 10 mg limit for THC potency in edibles struck a good balance between consumer freedom and consumer safety.

But it Doesn’t Make Much Logical Sense.

The Canadian law caps cannabis strains in stores at 1,000 mg of THC. That’s 10 times the amount for edibles. So it’s not like cannabis consumers won’t have access to stronger weed. And the bevy of other regulations that come along with the 10 mg cap — such as childproof packaging and not appealing to children — do a good job of ensuring that consumers understand that edibles are meant for adults only.

The party line here is that the cap ensures that all consumers know what they’re getting, no matter where they get it. It makes things easier for inexperienced users when they can gauge that all edibles are equally potent.

But, for many cannabis patients, 10 mg of THC is simply not enough medicine. Especially for consumers who use THC to treat aggressive cancer symptoms, ease pain, or manage diseases of aging.

This puts advanced consumers, who prefer edibles, at a disadvantage in the marketplace. They’ll essentially have to pay more money to get the same benefit they could receive from black market edibles.

And many of these patients prefer edibles for a variety of reasons. They don’t want to smoke cannabis if it’s avoidable, others prefer the longer activation of ingesting, and others want cannabis to target specific areas, which means topical creams.

Limiting the THC potency in edibles and creams pushes patients’ medical bills higher — or nudges consumers toward the black market. It can also mean more home baking, which makes it even more difficult to accurately dose.

RELATED  How Do You Define Potent in Cannabis? 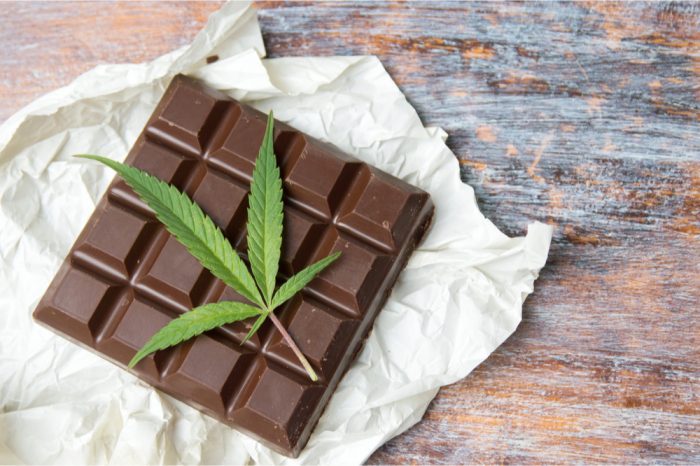 The new Canadian rules are meant to protect consumers, especially children who could mistakenly eat edibles or use creams. But, it also discriminates against medical patients who need higher THC levels to combat their illnesses.

While many Canadian officials have acknowledged that the laws can be changed in the future, the better time to implement common-sense legislation is at the beginning.

If the laws regarding THC potency in edibles and topicals changes in two years, there’s a greater likelihood that a consumer could mistakenly buy a high-THC product, not realizing its potency is greater than what he or she is used to.

Edibles are made for adults, so let’s treat consumers like adults.